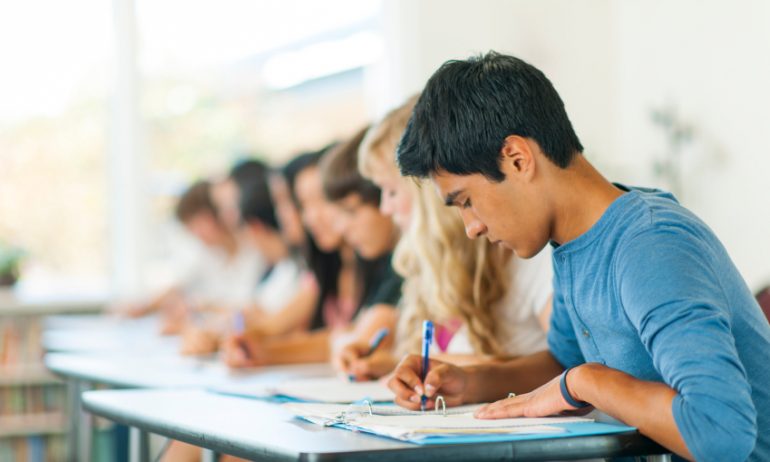 Living in a district with good schools often comes with higher housing costs. In fact, real estate brokerage Redfin calculated in 2013 that identical homes in two school districts of differing quality could have price tags hundreds of thousands of dollars apart.

However, this phenomenon is less pronounced in Ohio, where students are more proficient in reading and math than the nation overall — the state ranks 10th in the U.S., according to the National Center for Education Statistics — and median home prices are the ninth-lowest in the U.S.

Despite the relative abundance of high-performing schools in affordable areas, it still pays for house-hunting parents to know which districts are a particular bargain. We found dozens of districts with both top-performing schools and reasonable home prices. All but three of the top 10 are within about an hour’s drive of Toledo.

To determine the the best value for the housing dollar, NerdWallet examined 608 school districts in Ohio. Our analysis considered test scores, graduation rates and class size, and compared that information with data on housing costs. The lower the costs, which include mortgage payments and property taxes, the higher the district ranked.

Here are the top 10 school districts for your buck in Ohio, based on our analysis. Before you choose a school district, be sure to check with local officials to verify the latest information, schedule a school tour and talk to educators.

Best school districts for your buck in Ohio

New Riegel Local takes our top spot based on the strength of its high test scores. In addition to having an 11th-grade Ohio Graduation Test (OGT) pass rate of 100% in both math and writing, New Riegel had an average ACT score of 24, three points above the list median of 21. New Riegel’s median home price of $131,900 is slightly above the state’s median of $129,100.

Old Fort Local was one of only a handful of Ohio schools that saw a 100% on-time graduation rate. Additionally, it saw 97.8% of its 11th-graders pass the OGT. Old Fort also gives students the option to take classes at the Sentinel Career and Technology Center, which offers a program featuring hands-on training in technical areas including automotive technology, engineering technology and robotics.

Stryker Local excelled with both a perfect graduation rate and pass rate for 11th-graders on the OGT. Home prices haven’t yet caught up to the district’s academic performance, and Stryker was the second-most affordable district in our top 10, with a home value roughly $30,000 below the state median. Additionally, Stryker had the third-best pupil-to-teacher ratio in the state, at 11.3.

With a 100% graduation rate, an ACT average of 24 and a 100% pass rate on the 11th-grade OGT, there was no area where this district performed poorly. The district is home to Miller City High School, one of the only high schools on our list to receive a perfect 10 rating from GreatSchools.org. To go with that high academic quality, the district’s median home price is $141,400, a little more than $12,000 above the state median.

The Arlington Local school district made our list with both a high graduation rate of 98.2% and a 100% pass rate on the 11th-grade OGT. The district serves roughly 3,700 residents. The high school here offers more than 20 extracurricular activities and received an 8 out of 10 from GreatSchools.org.

While its median home value of $160,300 is a little higher than in other districts on our list, Ottoville Local had a perfect graduation rate and OGT pass rate, and an average ACT score of 23. The district currently offers classes in video production, industrial technology and accounting. Ottoville is located about 90 miles north of Dayton.

The third most-affordable district in our top 10, Weathersfield Local, about an hour’s drive from Cleveland, offers a strong combination of school quality and home affordability. The district outperformed the state median in all of our performance metrics, and received a GreatSchools rating of 9. For the past three years, Mineral Ridge High school has been one of Ohio’s schools of promise, an award given to schools “making substantial progress in ensuring high achievement for all students.”

With a median home price of $178,100, Kalida Local is the most expensive school district in the top 10, but it nabbed a spot on our list due to its impressive academic metrics. Kalida had an ACT average of 24 and a 100% pass rate for its 11th-grade OGT. Those familiar with Kalida won’t be surprised to see it on this list, as it has been named an excellent school district by the Ohio State Board of Education each of the past 14 years.

Millcreek-West Unity Local was the most affordable district in our top 10, with a median home value of $91,900. Its ACT average of 23 and graduation rate of 98.2% were on par with many of our top schools; however, its 11th-grade OGT pass rates lagged behind and it earned a GreatSchools.org rating of just 4 overall, hurt by low gains on year-over-year test scores. Millcreek-West Unity students balance traditional education with an agricultural, food and natural resources program that they participate in through the Future Farmers of America.

Russia Local is a very small school district 90 miles north of Cincinnati; just one K-12 school serves its 630 residents. Despite its small size, Russia Local had impressive academic performance and was one of just four schools in our top 10 to average an ACT score of 24. Russia Local is also an active participant in Science Olympiad, National Honor Society and Math Counts, a national mathematics competition for students in sixth through eighth grade.

Best school districts for your buck in Ohio

Scroll horizontally to see all categories.

We examined 608 unified school districts in Ohio, excluding Put-in-Bay Local and the now-defunct Bettsville Local because of insufficient data. Our methodology took into account the following four factors:

Graduation rate: We looked at the four-year graduation rate for the class of 2013, as provided by data from the Ohio Department of Education. This constituted 20% of our total score.

Test scores: We equally weighted the 2013 ACT average score and the 11th-grade pass rate for writing and math Ohio Graduation Tests. This information constituted 40% of our total score. Data were provided by the Ohio Department of Education.

Teacher-to-pupil ratio: We looked at the 2008 figures for K-12 regular education pupil-to-teacher ratio, which are the most recent ones available. Data came from the Ohio Department of Education and constituted 10% of our total score.

Housing costs: We equally weighted the 2013 median home value and selected monthly owner costs — including property tax, mortgage payments and utilities — for every school district. Data came from the 2013 U.S. Census American Community Survey. This information constituted 30% of our score.