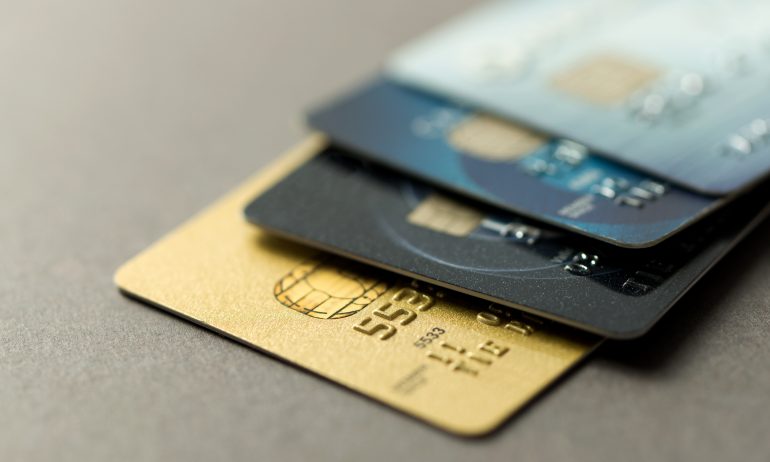 How much will my credit score change if I apply for a new credit card? Does canceling a credit card hurt my score? Will a credit card help rebuild my score after bankruptcy? Some of the most common questions about credit scores center on how scores are affected by the way you manage credit cards.

There’s good news in that most common missteps with credit cards won’t kill your credit score and that responsible credit management can help you rebuild your standing. But missing payments will hurt you no matter what your circumstances.

To test how various credit card actions affect credit scores in real life, NerdWallet developed six specific “personas,” each representing an individual in a particular credit situation. We then worked with the analytics team at Equifax, one of the three major credit reporting bureaus, who searched their database to find real-world examples of consumers who matched those personas.

For each persona, Equifax gathered tens of thousands of anonymous examples — significant enough for the purposes of this exercise but still far less than 1% of the U.S. population. We then followed those examples over time to see how their scores changed.

In other words, these are not simulations.

Equifax “selected actual consumer accounts as close to the description as possible for the profiling analysis,” says Colin Coleman, vice president for customer insights and analytics at Equifax. The result reported for each persona is the average outcome for all of the matching real-world consumers used in the analysis.

For the analysis, they used the Equifax Risk Score (ERS) 3.0. The ERS 3.0 produces credit scores in a range from 250 to 850, similar to those of other major credit scoring models. FICO and VantageScore have a range of 300 to 850.

Different credit scoring models weigh credit factors differently, but they all start with the same source material: the information in your credit report. Factors that affect your score typically include:

With all that in mind, let’s meet our hypothetical credit card users. 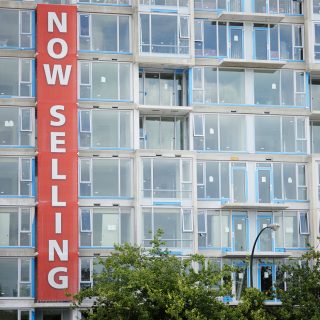 Cora is in her mid-20s and has had a credit card since college. Over the six years she’s held the card, the credit line has increased and now has a $5,000 limit. She has a $5,000 car loan and $20,000 in student loans. All accounts are in good standing. Her score is at the low end of the good range. She’s hoping to buy a condo within the year.

Action: Cora applies for a new credit card. Will this hurt her score? If she continues to pay all her bills on time, how long will the hit last?

Equifax’s results: With a starting credit score of 691 in June 2015, Cora opened a new credit card in December 2015, which caused her score to fall by approximately six points, dropping her into the “average” range. By June 2016, Cora’s score had rebounded to 692 because she paid all her bills on time and the increase in her total credit available had a positive effect on the score.

The Nerds’ takeaway: Applying for a new credit card tends to knock points off a score, but the effect is only temporary, provided you practice good habits. Paying bills on time is key to getting your score back up.

» MORE: How to apply for a credit card so you’ll get approved 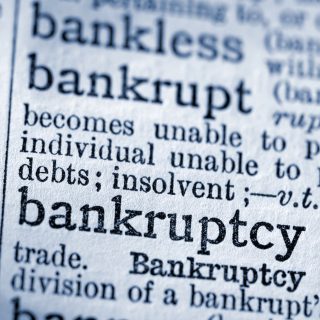 Robert is in his mid-30s and has bad credit because of a bankruptcy three years ago. He wants to apply for a secured credit card — a card that requires a cash deposit. The deposit lowers the risk to the issuer, so secured cards are an option for people with bad credit.

Action: Robert gets a secured card, keeps his balance low in relation to his credit limit and pays on time. How much will his credit score improve in six months?

Here are some of the reasons his score may have increased: The bankruptcy removed past-due accounts from his credit report, he paid his bills on time, and he kept his balances low.

The Nerds’ takeaway: Robert’s not out of the woods yet. A bankruptcy can stay on a credit report for up to 10 years, depending on the situation, and even when it’s off the report, he still may have a hard time getting certain types of credit. Even so, the data demonstrate that a bankruptcy doesn’t have to be the end of your financial life. Learn from it and use new credit responsibly. It will take time, but you can rebuild your credit.

» MORE: The best and worst credit cards for bad credit 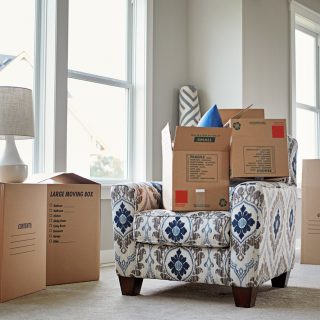 Meg is in her mid-40s and has a mature credit profile: She has a mortgage, a car loan, three credit cards, no student loans and an excellent credit score above 800. She sells her house, paying off the mortgage, and buys a new one with a new mortgage.

Action: Because of moving costs and assorted decorating expenses, Meg runs the balance on one of her credit cards to 50% of the credit limit (she usually keeps it under 10%). The credit card balance is reported before it is paid in full. What is the impact on the credit score?

Equifax’s results: Meg started with a credit score of 805 in June 2015. The new mortgage and the high credit utilization dropped her score to 800. The decrease may have been caused by a hard inquiry for the mortgage or carrying a high balance on her credit card.

The Nerds’ takeaway: An excellent score provides a cushion for life events that require you to stretch your credit. Meg got to that excellent score with a long credit history, different types of credit, paying bills on time and in full, and keeping balances low.

» MORE: Excellent credit gets you the best credit card offers 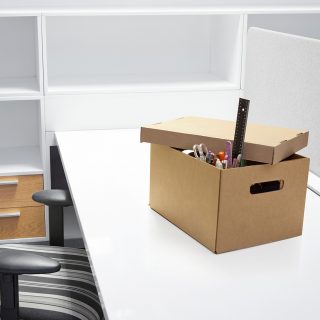 Sarah is in her 50s with older teenage children at home and elderly parents who need her financial help. She has high credit card balances and has missed a couple of payments in the past few years, so her score is in the average range. Her husband has lost his job, and she is working only part-time.

Equifax’s results: Employment and income aren’t reflected in credit scores. A job loss affects a credit score only if it results in a change in credit behavior, such as missing payments. With each missed payment, Sarah’s score drops, on average, 15 points a month. She began with a 668 score in June 2015; in July 2015, the score was 650; in August, 636; and by September, it had fallen to 623, into the poor range.

The Nerds’ takeaway: Missing payments — and not even paying the minimum — is one of the biggest score-killers of all, short of bankruptcy.

» MORE: When is the best time to pay my credit card bill? 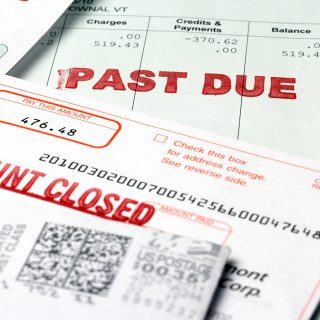 Mike is in his late 60s, with mature credit and a score in the good range. He has a low mortgage balance and a home equity line of credit. He’s helping adult children and grandchildren with expenses, and he has begun to run up his credit card balances.

Action: Mike falls behind on his credit card payments and is reported as overdue three months in a row. He eventually catches up and begins making the minimum payments on time. What will that do to his score?

Equifax’s results: Starting at 726 in June 2015, Mike’s score had fallen 13 points by the end of the third month of chronic lateness. Once he started paying the minimum, and doing so on time, his credit score rebounded to 723 within another three months.

The Nerds’ takeaway: While paying your credit card balance in full each month is one of the best practices, you should aim to pay at least the minimum by the due date.

» MORE: What happens if I make only minimum payments? 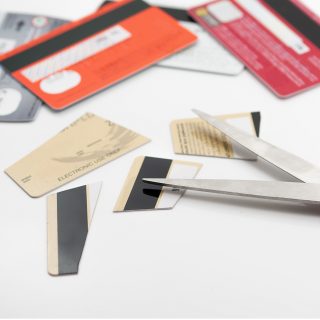 Action: The issuer cancels her oldest card because she hasn’t used it in a long time. What is the effect on her score? If she cancels the card herself, will the impact on her score be the same?

Equifax’s results: After the issuer canceled her card due to inactivity, Candy’s score rose from 732 in June 2015 to 737 by December. When Candy canceled the card herself, her score rose from 728 in June 2015 to 735 by December. For this persona, Equifax looked at two groups of consumers — one who canceled the card themselves and one whose card was canceled by the issuer. In both cases, the reduction in the number of revolving credit card accounts may have outweighed the effect of the relatively small reduction in available credit, leading to an overall boost in Candy’s score.

The Nerds’ takeaway: It’s usually wise to keep unused accounts open, since it helps keep your overall credit utilization low, and the older your accounts, the better. But closing an account isn’t a disaster if you have plenty of credit and keep your balances low. Losing the old card with a low limit cut Candy’s total available credit by only 17%. Also, an account that was closed in good standing remains on your credit report for 10 years and will be considered in your score, even if it’s inactive.

» MORE: 3 reasons your card issuer could close your account

If nothing else, pay on time

The obvious, but most important, conclusion from this exercise is that paying your bills on time — even if you can pay only the minimum — is the key to maintaining or building your credit score. Your income, job, marital status and where you live don’t matter to credit scoring formulas. What matters is how you manage credit. Use it responsibly and your score will show it.

Another lesson from this exercise is that everyone’s situation is unique. Within each scenario, the credit profiles that Equifax found included people whose scores increased, decreased or stayed the same. What you’re seeing is the average across tens of thousands of people. Even if your credit behavior exactly matched the actions in one scenario or another, your outcome could be different based on your overall profile.

For example, Sarah Sandwich started out with an average score, and her mistakes cost her dearly each month. Mike Minimum began with a good score, and even though he was late on payments for a few months, his score recovered quickly once he got his payments back on track. Understanding credit scores, credit reports and the behaviors that may affect your credit scores is an important part of using credit responsibly.

Finally, we learned that even after bad mistakes with credit cards, hope is not lost. You can rebuild your credit with good habits.

NerdWallet drew up several “personas” — profiles of fictitious consumers — to illustrate unique and detailed credit situations and credit card decisions. Equifax then searched its consumer database to find examples that matched the descriptions provided by NerdWallet. In some cases, the descriptions were modified slightly to ensure that each persona was drawing from a statistically significant sample size in the tens of thousands. The sample size was significant enough to track for the purposes of this exercise, but each persona developed by NerdWallet still represented less than 0.01% of the U.S. population. All data was anonymized and aggregated so that no individual’s personal data was ever seen or available to be seen.