“Know your limits” might be some of the best credit card advice ever given — but not for the reasons you’d think.

One benefit of controlling your spending is obvious: It saves money. But beyond that, research shows that people solve problems more creatively when they’re working under constraints, says Scott Sonenshein, a Rice University professor and author of the new book “Stretch: Unlock the Power of Less — and Achieve More Than You Ever Imagined.” Operating without limits, on the other hand, can lead to expensive mistakes.

When you get a new credit card, the issuer assigns you a credit limit. The purpose of the limit is to keep you from spending more money than you’re able to pay back. It’s not to make you spend that money responsibly. It won’t keep you from wasting money or force you to be more resourceful. That’s why setting a self-imposed limit on your credit card spending is so important, even — or especially — if you don’t think you need one.

How to set your own credit limit

Setting your own credit card limit is a do-it-yourself task. Forget about what your issuer will allow you to spend on your cards. Instead, decide on the maximum amount you’re willing to spend and hold yourself to it. The main idea is that you want to use your credit cards in a way that earns rewards, avoids interest or both, without spending more than necessary. Keep in mind:

It’s up to you to decide you much you should be spending. Consider using the 50/30/20 method — using 50% of your after-tax income for necessities, 30% for wants and 20% for savings or paying off debt. Or try zero-based budgeting, which starts with expenses rather than income. Begin at zero and budget only for costs you can justify.

Once you find a system that works for you, the savings will begin to add up. So will other nonfinancial benefits.

» MORE: How to use credit cards to manage your budget

Now, let’s talk about how setting your own credit card limit can improve your life.

You’ll get better at problem-solving 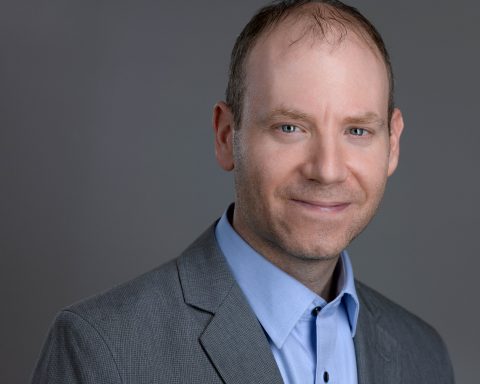 We tend to believe that extra resources liberate us, Sonenshein tells NerdWallet. Instead, they can make us less creative.

When you aren’t limiting your credit card spending, for example, it’s tempting to try to solve every problem by throwing money at it.

To be sure, money can fix certain problems. If your car breaks down, paying for the repair is a good solution. But there are three big dangers in solving nonfinancial problems with money:

The idea that restrictions can lead to better use of resources, and therefore better results, is what Sonenshein calls the “stretching” mindset. It cultivates “little-C creativity,” he says — that is, creativity we use to complete everyday tasks.

He gives the example of film director Robert Rodriguez, who made his first movie on a $7,000 budget, a fraction of what some 30-second commercials cost to produce. Because film was his biggest expense, Rodriguez edited together whatever his camera captured, creating the fast-paced style for which he’s now known. Critics loved it, and that movie helped launch his career.

“When you force yourself to have constraints, you’re going to get more innovative solutions,” Sonenshein says.

» MORE: How to build a budget

Without spending limits, it’s tempting to go all out for the ones you love. Society tells us that the more money we spend on a gift, the more cherished it will be. Sonenshein calls the belief that more money equals better results the “chasing” mindset.

But the most thoughtful gifts and gestures often aren’t the most expensive.

“Anyone can go out and spend a lot of money on something, but that doesn’t necessarily show that you deeply care about them,” Sonenshein says. Focusing on finding a gift that is thoughtful rather than expensive allows you to connect with people in a more meaningful way, he says.

Spending limits can push you to flex those thoughtful gift-giving muscles and make every penny count.

» MORE: Gift cards are not gifts

Daniel Norris, a pitcher for the Detroit Tigers, spent part of 2015 living in his van in a Wal-Mart parking lot.

Norris received a $2 million signing bonus in 2011, and he made more than $500,000 last year, so he could afford more comfortable digs. But he worried that spending too much would distract him from baseball. That’s why he asked his financial advisors to deposit just $800 a month into his checking account, Sonenshein writes in his book.

Norris viewed his budget as more of a help than a hindrance. He became the first American League pitcher to hit a home run at Chicago’s Wrigley Field and the 19th pitcher in history to hit a homer in his first big-league at bat, Sonenshein writes.

Norris’ approach is an extreme example of how budget constraints can force you to clarify your priorities. But you don’t need to live out of a van to appreciate the benefits of a budget. Just setting a weekly credit card spending limit can force you to think through each purchase and re-evaluate your core values.

When you think in terms of whatever limit your credit card issuer gives you, you’re letting your issuer determine how much you should be spending. Instead, Sonenshein says, ask, “What are my goals? What do I want to spend money on?” Setting your own limits doesn’t just help you save money. It might also help you prioritize your life.