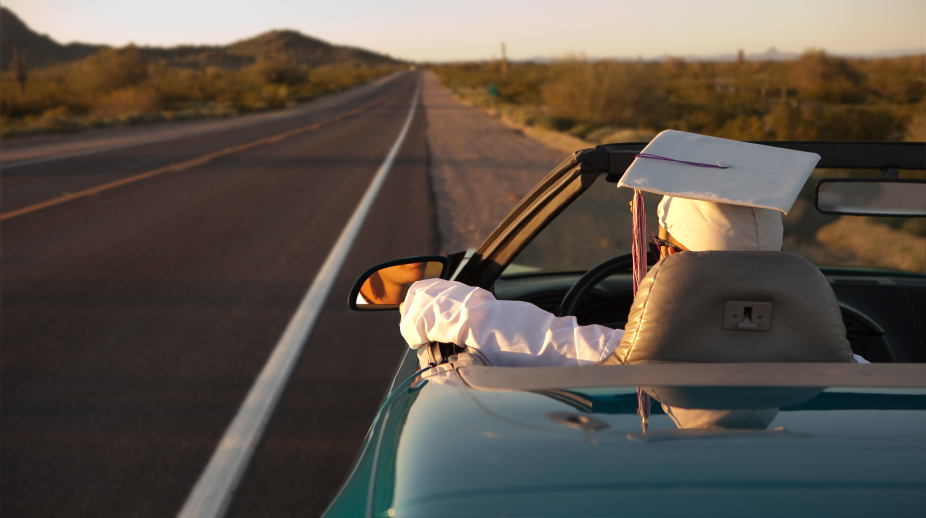 Being a college graduate can help you with many things in life, including finding cheap car insurance. But you’ll probably have to shop around.

Whether you can get discounts based on your education, and the amount of the discounts, varies by company and state.

In 2013, the Consumer Federation of America reported that Liberty Mutual quoted rates averaging 10% to 13% more for high school graduates than for college graduates in Baltimore, Houston, Phoenix and Hartford, Connecticut. In Seattle, someone with a high school diploma paid 8% less with Progressive than someone who hadn’t graduated from high school, with the discount rising to 15% for college graduates and 17% for people with higher degrees. Current students also can get good discounts for car insurance.

The federation reported that State Farm, Allstate, USAA, Nationwide and Travelers “apparently do not use education or occupation in their rate-making, at least in the 10 states studied.”

In a 2007 report, Florida Insurance Commissioner Kevin McCarty reported that education was one factor insurers used to slot people into different affiliated companies, with different pricing levels. Geico, for instance, placed preferred-risk customers into Geico General and gave them the best rates, averaging $938.70 in 2006. Intermediate-risk drivers were placed into Geico Indemnity (average rate of $1,183.70) and substandard-risk drivers got Geico Casualty ($1,474.90). Most people (78% at the time) were slotted with Geico General.

Insurers generally base rates on factors that have been shown to correlate to risk and size of claims. Education is one such factor, although controversial.

A 2008 report by the New Jersey Department of Banking and Insurance found that Geico’s claims payouts relative to premium paid in by people with a high school degree or less education were 10% higher than for people with an associate degree, 26% above people with a bachelor’s degree and 38% more than those with a master’s degree.

But Florida’s McCarty reported in 2007 that higher-income people appear to be more likely to pay for small repairs out of pocket rather than filing claims, which artificially drives down loss ratios for that group.

In its report, the Consumer Federation noted that education and occupation are highly correlated with income and ethnicity.

“In effect, auto insurers are discriminating on the basis of income and race,” Bob Hunter, the federation’s insurance director and a former Texas insurance commissioner, said in a news release. “States should prohibit the use of these demographic factors that bear no logical relation to insurer risk.”

Hunter said high prices that insurers quote for consumers with lower education and working-class jobs “show that insurers either are overcharging lower-income consumers or are not interested in serving them.”

In a statement in 2013 responding to the Consumer Federation’s report, Alex Hageli, director of personal lines policy for trade group Property Casualty Insurers Association of America, said state agencies “have thoroughly reviewed insurers’ use of rating factors such as education and occupation and found such use to be, without question, actuarially justified” (meaning they are correlated with risk).

The takeaway from all of this is that, depending on your education level, it might pay for you to get car insurance quotes from companies that do or don’t factor college degrees into their rates. Shopping around remains the key to finding cheap car insurance.