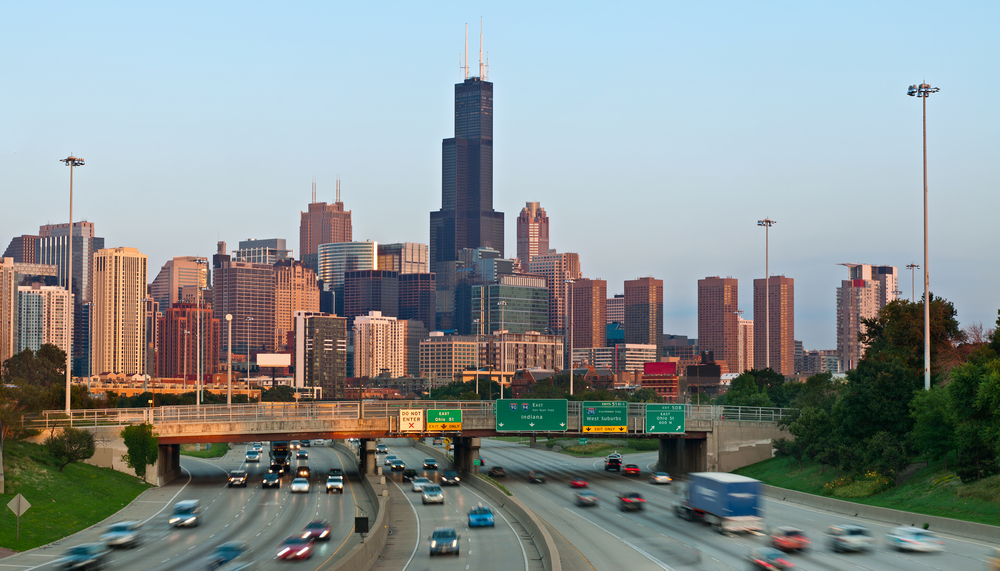 A speeding ticket in Illinois is expensive, but the car insurance quote increases that drivers face after getting caught speeding often have an even greater impact on their pocketbooks than the ticket itself.

In Illinois, driving 15 miles per hour over the speed limit will result in a $120 fine. After receiving a speeding ticket, the average Illinois driver will face a $124.80 increase in his annual car insurance rate. Insurance hikes last for five years in Illinois, so drivers can expect to pay $624 more for insurance if they’ve been caught speeding. The true cost of a speeding ticket in Illinois is 6.2 times the cost of the actual ticket—drivers pay an average of $744 in total for a $120 speeding ticket.

What should you do if you receive a speeding ticket in Illinois?

If you are eligible to attend a traffic safety course: It is often more financially responsible to take the course and avoid a conviction. For example, drivers in Cook County only have to pay $27 on top of their ticket to enroll in traffic safety school. Although you will pay slightly more, your insurance rates will stay the same.

If you receive a conviction: Now is a good time to gather new quotes from a few auto insurers. Some carriers will overlook traffic violations, but drivers won’t know if their carrier is one of them unless they do their research.

Chicagoland drivers see the greatest insurance increases after getting a speeding ticket, especially those in the south suburbs.  Compared to other Illinois drivers, the average Harvey driver pays the most for car insurance, $1,340.81 per year. As a result, they have the highest per year increase of any Illinois city, $171.57, even though the percentage increase is on par with the state average.

Drivers in congested cities often have higher car insurance premiums. With more cars and obstacles on the road, drivers face a higher likelihood of getting in an accident. Cicero has a higher population density than Chicago, with 14,303.7 people per square mile.

A municipality’s density is a large factor when determining car insurance rates. Berwyn has 14,508.8 people per square mile, which is the highest population density of any township in Illinois—even more than Chicago.

Oak Lawn drivers are virtually tied with Calumet drivers when it comes to the dollar increase in insurance premiums. After receiving a speeding ticket, Oak Lawn drivers pay $160.88 more per year on average for insurance. Since premium increases normally last for five years, this results in a grand total of $804.40 in insurance increases.

Most expensive cities to get a speeding ticket in Illinois Least expensive cities to get a speeding ticket in Illinois To determine the average insurance premium increases, we retrieved quotes for four different driver profiles in Illinois: 27-year-old single men and women and 40-year-old married men and women each driving Toyota Camrys and Ford Escapes. For each driver profile, we chose each city’s two cheapest car insurance quotes to mimic consumer behavior and to determine our overall average. We only surveyed cities that had populations greater than 15,000 residents. All demographic data comes from the Census. We calculated the total cost of the speeding ticket by adding the cost of a speeding ticket to five years of car insurance increases. The estimated costs are for illustrative purposes only. The actual insurance increases you face will vary depending on your insurance carrier, your location and other factors.