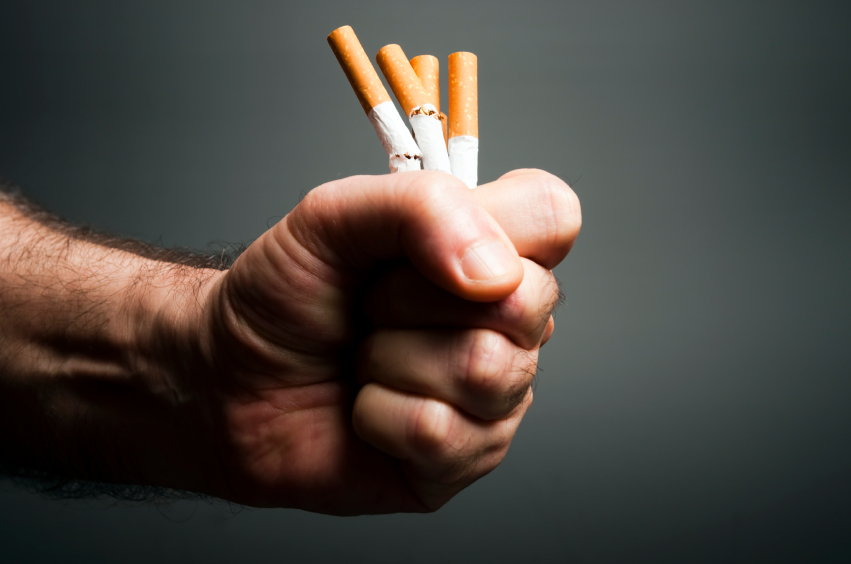 Give yourself a pat on the back if you quit smoking this year, but don’t expect to qualify for the best life insurance rates yet.

Most life insurers still consider you a smoker. Hang in there, though — better rates are in the offing if you kick the habit for good.

Some insurance companies are strict about how they define nonsmoker for the best rates, not allowing any tobacco use, while other companies let applicants qualify for the better nonsmoker rates even if they occasionally puff on a cigar or pipe. Generally, the more time that has elapsed since you last smoked cigarettes, and the more tobacco products such as cigars and chewing tobacco you eschew, the cheaper the life insurance quotes you get.

Some nonsmokers get better rates than others

To qualify for MetLife’s best rating class, Elite Plus Nonsmoker, for instance, you can’t have smoked or used any tobacco for at least five years, according to the company’s life insurance underwriting guide. That includes nicotine gum, patches, nasal spray and electronic cigarettes.

The same goes for the next-best rating class, Elite Nonsmoker, except you can smoke up to four cigars a year. For Preferred Nonsmoker, the third-best category, you must not have smoked cigarettes or used nicotine products for the last two years, although occasional the smoking of cigars and pipes or use of chewing tobacco is allowed. For standard nonsmoker, you must not have smoked or used nicotine substitutes in the last 12 months.

For all nonsmoker categories at MetLife, a lab test for your life insurance medical exam must detect no signs of nicotine use.

Under Mutual of Omaha’s life insurance guidelines, meanwhile, you qualify for the best rates if you haven’t used tobacco or nicotine products for three years. For the next-best category, you must have abstained for two years, and for the third best, one year. For all three of those categories, you can smoke up to one cigar a month and qualify as long as the lab test comes back clean. For the next rung down — standard nonsmoker — some applicants who occasionally smoke marijuana may qualify, as long as they haven’t used tobacco for 12 months.

Thinking about quitting? John Hancock Life Insurance lets some smokers who want to kick the habit get nonsmoking rates, at least initially, when they buy certain policies. Dubbed the Quit Smoking Incentive, the feature is available on some universal and variable universal life policies. If you plan to quit, you get standard nonsmoker rates for the first three years of the policy.

Applicants must have refrained from smoking cigarettes for at least 12 months to qualify for nonsmoker life insurance rates at most companies.

But to keep those nonsmoker rates you have to quit within the first two years. Once you’ve kicked the habit for 12 months, and lab tests show you’re free of nicotine, you can apply to be reclassified as a nonsmoker.  If you haven’t quit for 12 months by the end of the third year, then you’re considered a smoker and your premiums go up.

Whether you buy term life insurance, which covers you for a certain number of years, or permanent life insurance, such as whole or universal life, you’ll pay far less for coverage if you don’t smoke.

The lowest estimated annual premium for a 20-year $500,000 term life policy for a 40-year-old California man who doesn’t smoke is $348, according to NerdWallet research. As a smoker that same man would pay more than four times that amount for the same amount of coverage: $1,515 a year.

Keep in mind you have to meet other health criteria to qualify for the cheapest nonsmoker life insurance rates, such as healthy cholesterol levels and blood pressure.

Take these steps if you’re a life insurance shopper who has quit smoking or is thinking about kicking the habit:

Barbara writes about homeownership and mortgages, and is NerdWallet's authority on insurance. Read more