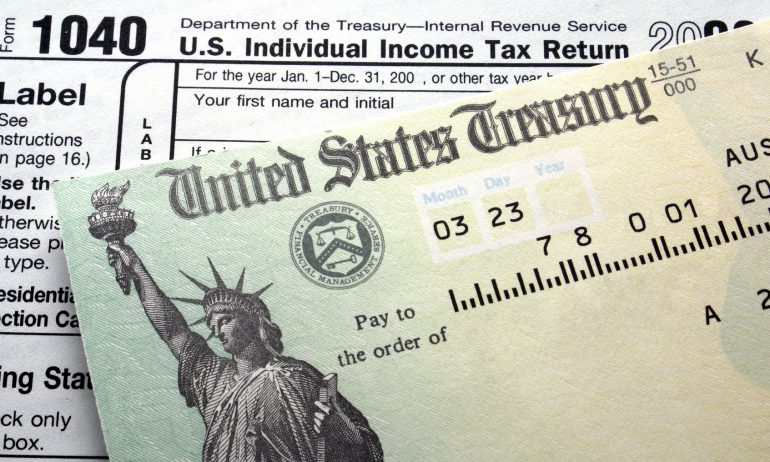 More than 1 in 3 U.S. taxpayers whose household income is less than $50,000 a year hired a tax professional or a national tax preparation company last year even though they may have qualified for free tax software filing, a new NerdWallet survey shows.

Perhaps they paid for help because Americans lack a basic understanding of federal tax rules: The survey also finds most taxpayers get failing marks for their tax knowledge. Out of eight questions about IRS rules for common deductions, retirement and education savings plans, taxpayers as a group correctly answered 25% of the questions.

Nearly half of taxpayers (46%) don’t know what tax bracket they’re in — or even what a “tax bracket” is, according to the online survey commissioned by NerdWallet and conducted by Harris Poll among more than 1,800 U.S. adults who filed income taxes last year and who plan to file taxes this year.

Americans fall into one of seven federal income tax brackets — ranging from 10% to 39.6% — that help determine how much they pay in taxes.

“Knowing your bracket can help you determine the value of any deductions you take and whether a tax-advantaged investment is worthwhile,” says Liz Weston, NerdWallet columnist and certified financial planner. “When you pay a dollar in mortgage interest, for example, your bracket determines whether you can save 10 cents or 39.6 cents.”

Taxpayers are paying for help despite widely available free tax software. More than 1 in 3 taxpayers (38%) who make less than $50,000 annually hired a tax professional such as an accountant (26%) or a national tax preparation company (12%) like H&R Block or Liberty Tax Service to do their taxes last year; not only can these options be expensive, but Americans who made less than $64,000 in 2016 may qualify for free tax software to file their federal income and often state taxes.

Taxpayers are failing at basic tax knowledge. Nearly half of taxpayers either don’t know which federal income tax bracket they’re in (39%) or even what a “tax bracket” is (7%). More than half (58%) of taxpayers incorrectly believe that getting a tax extension means they can delay the due date of their income tax payment. Nearly 3 in 5 taxpayers (57%) don’t know what a W-4 is or that April 18, 2017, is the deadline for making a tax-deductible contribution to a traditional individual retirement account for the 2016 tax year (59%).

Paying, or not, for tax preparation

According to the survey, electronic filing is the most popular way for taxpayers to prepare their federal income taxes: Last year, 35% of taxpayers used commercial tax software such as TurboTax or TaxAct, while 9% used free tax software tools like Free File. The next most popular method was hiring a tax professional, such as a tax accountant (32%). Filing by paper and mailing (9%), getting someone else such as a friend or family member to prepare taxes (8%) and hiring a national tax preparation company (7%) were the least popular methods used to prepare income taxes last year.

Perhaps most surprising in the survey results is the number of taxpayers who make under $50,000 and used the two most expensive services to file their taxes last year — 26% hired a tax professional, such as an accountant, which costs an average of $273 for each return. Another 12% hired a national tax preparation company. According to NerdWallet’s analysis of the companies’ 2016 annual reports, the average cost for a tax return prepared by H&R Block was $154, while the average cost for a tax return prepared at Liberty Tax Service was $228.

Only 12% who made under $50,000 filed their federal income taxes with IRS software that is free to taxpayers who make $64,000 or less; while 33% used commercial software, which as of Feb. 1 cost on average $69 (prices often fluctuate during tax season). But many commercial software providers, such as TaxAct, FreeTaxUSA and H&R Block’s online tax service, allow customers to file simple federal returns (Form 1040EZ and Form 1040A) for free.

» MORE: Using the right tax software? Pick the best for you

The IRS estimated in 2016 that more than 70% of Americans — or about 100 million people — qualify to file their taxes for free.

“It’s never been cheaper or easier to file taxes electronically,” Weston says. “But people are still worried about doing it wrong or missing out on tax savings, so they’re paying for that reassurance.”

Lack of knowledge may help explain why so many people pay to have their taxes prepared and filed: Taxpayers in the survey together correctly answered only two of eight questions on basic tax knowledge. For example, only 43% correctly described that a W-4 is used by taxpayers to tell their employer how much to withhold from their pay for taxes. Too many withholdings may result in a bigger tax refund, but this means you’ve provided an interest-free loan to the federal government from your paycheck.

More worrisome, most taxpayers (58%) in the survey think that if they file for a tax extension, they can delay tax payments. Taxes owed after the April deadline are subject to interest and a late-payment penalty — even if you get an extension. Taxpayers must estimate how much is owed and send all or some of that amount by the April deadline.

In the survey, most taxpayers (51%) incorrectly said contributions to the popular 529 college savings plans are tax-deductible on federal income tax returns. Earnings on 529 accounts are tax-free when taken out to pay for college, but contributions aren’t deductible from federal taxes. They may, however, be deductible from state taxes.

» MORE: Saving for college? Find the best 529 plan for you and your family

Most taxpayers (56%) in the survey incorrectly said that a person paid to prepare federal tax returns doesn’t need a valid preparer tax identification number, or PTIN, from the IRS. This credential is one of the few ways consumers can check the expertise of tax preparers; only a handful of states regulate independent tax preparers, according to a 2014 study by the Pew Charitable Trusts.

Gambling losses are deductible on federal income taxes as long as the amount isn’t more than your winnings — but only about one-third (34%) of taxpayers in the survey knew this answer. Gambling income includes winnings from casinos, horse races, raffles and lotteries (so save those losing Powerball tickets).

The only two survey questions focused on basic IRS knowledge that most taxpayers answered correctly: Mileage driving back and forth for volunteer work is tax-deductible and you can adjust tax withholdings with your employer anytime during the year.

Learn about free filing and software options. Our results suggest that taxpayers who could file for free are often choosing expensive options instead. And many taxpayers use the same tax preparation software for years, rather than finding the best fit for their current tax situation. NerdWallet’s guide to free tax software can help you learn about the options.

“Most people do not need to spend hundreds of dollars to file their taxes when there are so many free and low-cost options,” Weston says. “Tax-return software will guide you through the process, check for errors and make sure you get your refund as fast as possible.”

» MORE: How much should you pay and get back? Check this federal tax calculator

People who want the human touch can turn to Volunteer Income Tax Assistance, which offers free tax help to those who generally earn $54,000 or less, have disabilities or limited English skills, Weston says. Tax Counseling for the Elderly also provides free tax help to anyone, but specializes in issues relevant to older taxpayers.

Check your withholdings. Taxpayers can update their W-4s with their employers any time of the year. “People like getting fat refunds, but you may be better off getting more money throughout the year and using that to pay down debt,” Weston says. “If you do get a big check, don’t blow it — use it to build your savings or pay off your highest-rate debt.”

Research your tax preparer. The survey found that 56% of taxpayers didn’t know preparers need a valid preparer tax identification number, or PTIN, from the IRS to prepare returns for compensation. “Tax preparation is still largely unregulated, so it’s buyer beware,” Weston says. “If your tax situation is complicated enough to require a human preparer, consider hiring someone with solid credentials such as an enrolled agent or a certified public accountant.”

Consider tax-advantaged accounts. IRAs and 401(k)s can reduce the amount of your income that is taxable. If you contributed to a 401(k) throughout the year, you probably noticed that contributions lowered the taxable income on your W-2. You may be able to reduce it even further by contributing to a traditional IRA, which is tax-deductible. You have until the April 18 tax-filing deadline to contribute for 2016. If you don’t qualify to deduct traditional IRA contributions, consider whether you’re eligible for a Roth IRA — there’s no tax deduction, but your contributions and investment growth can be pulled out tax-free in retirement.

NerdWallet’s Tina Orem and Jonathan Todd contributed to this report.

This survey was conducted online in the U.S. by Harris Poll on behalf of NerdWallet on Jan. 18-20, 2017, among 2,223 adults ages 18 and older. Of the total surveyed, 1,814 filed taxes in 2016 and plan to file taxes in 2017. This online survey is not based on a probability sample and therefore no estimate of theoretical sampling error can be calculated. The analysis of survey data was conducted by NerdWallet. For complete survey methodology, including weighting variables, contact [email protected]