Bank of America has made headlines for dismantling eBanking, a checking account that made it easy for customers to avoid a monthly fee.

But consumers can still get low-cost checking accounts elsewhere, and these options are unlikely to disappear altogether.

What happened to eBanking

Bank of America introduced the eBanking option in 2010. The account came with a monthly fee of $8.95 that was waived for people who opted out of paper statements and did not use tellers for routine transactions, says Betty Riess, a Bank of America spokeswoman.

Core Checking customers can avoid the monthly fee in a few ways, though some of them require account minimums that were not stipulated under eBanking. Options include receiving monthly direct deposits of at least $250 or having a minimum daily balance of at least $1,500.

Bank of America’s decision to eliminate eBanking brought opposition — a Change.org petition asking the bank to reconsider its decision had more than 80,000 signatures by midday Wednesday — and caused concern that the banking industry was moving away from free checking. But while the move has left consumers with one less option, low-cost checking accounts are unlikely to go away entirely.

Where to find low-cost checking

Online banks offer the same types of deposit accounts as traditional banks, including checking and savings accounts and certificates of deposit. Many also feature interest-bearing checking accounts, along with some of the highest savings account rates on the market, with a handful approaching 1.50%. (The national average is 0.06%, according to the Federal Deposit Insurance Corp.)

With online banks, customers can deposit checks, pay their bills and complete other basic banking tasks from their computers and smartphones. But because online banks typically don’t have physical locations, they aren’t ideal for people who might need in-person assistance at a branch.

Credit unions, on the other hand, tend to have at least a few branches in the communities they serve. And many credit unions belong to the Co-op Financial Services shared branch network, giving members of participating credit unions more than 5,000 branches in which to perform basic transactions.

Like online banks, credit unions have many of the same types of accounts offered by big financial institutions, but often without the accompanying monthly fees. More than 80% of credit unions offer at least one type of free checking account, according to the Credit Union National Association.

Interest rates may not be as high as those at online banks, but you will be able to find credit unions that offer savings accounts with rates above 1%.

Bank fees putting a dent in your wallet? Learn how to put a stop to it

Shop around for the best fit

When it comes to banking, people can find what they want at the lowest cost possible if they are willing to shop around and compare their options, says Hank Israel, director of marketing, propositions and products at Novantas, a bank advisory and solutions company.

Israel doesn’t think that Bank of America’s decision to phase out its eBanking account signals the end of low-cost checking. In fact, he doesn’t think free checking will ever go away entirely.

In order to attract new customers, banks look for ways to stand out from competitors. If every financial institution suddenly moved away from free checking, Israel says, free checking would become the differentiator that banks and credit unions could use to entice new customers.

Although Bank of America’s decision to move customers to Core Checking was an unwelcome development for some, low-cost checking options at online banks and credit unions can serve as solid replacements. And with the emergence of interest-bearing checking and rising rates on savings accounts, particularly at online banks, some customers might even consider the move an upgrade. 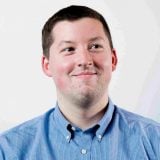