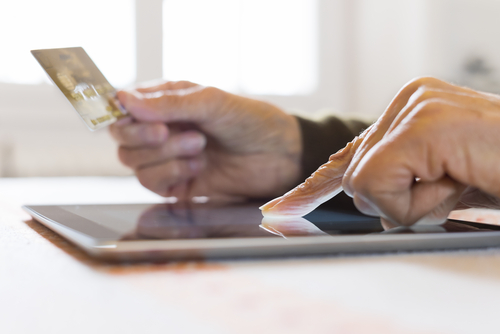 Americans’ rapidly growing use of mobile phones and tablets to conduct some banking transactions and associated benefits and hazards will be the focus of a U.S. Consumer Financial Protection Bureau hearing June 12 in New Orleans.

How these new technologies expand access to bank services for the poor and people in rural areas will be one aspect under study, Richard Cordray, the agency director, said in comments released before the hearing.

Low-income and unbanked consumers often incur high fees from using financial products such as payday loans, check cashing services or prepaid debit cards because they don’t have access to banking services, Cordray said. But near ubiquitous ownership of mobile devices and steadily increasing access to mobile broadband with smartphones and tablets may help underserved consumers gain greater access to those services, he said.

“In a world where people can manage their money on the go, there is great potential to serve more consumers and allow them to take greater control of their finances,” Cordray said. “In households earning less than $25,000 a year, 74% of adults have a mobile phone of some type and 44% have a smartphone.”

A recent Federal Reserve study found that Americans last year adopted mobile banking services for the first time at a staggering rate of 74,000 people every day, according to the consumer agency.

The inquiry will also examine how mobile technologies might do harm and how to protect consumers against things such as fraud and identity theft as they continue to engage in more online financial activities.

“Underserved consumers who use a mobile device to conduct their financial transactions may face particular privacy concerns,” Cordray said. “It is critical that they be able to protect their personal financial information, but if their device gets stolen, all of this information could be endangered.'”

The agency has queried consumers and representative organizations, community groups, academic experts, financial institutions and others on a range of financial services and technology-related issues. Also among the topics are:

Real-time money management: Knowledge is power and it’s thought that increased awareness of one’s personal finances leads to better spending habits and financial decision making. A recent Federal Reserve study cited by Cordray showed that 69% of consumers checked their bank balances with a smartphone or tablet before making a large purchase, and half of them subsequently decided not to buy the item after all.

Customer service: The consumer bureau is interested in what kind of services are available to mobile banking customers, the quality of those services and how financial institutions deal with lost mobile devices or dropped connections.

Privacy concerns and data breaches: Sensitive personal data may be put at risk in financial transactions, particularly those that involve electronic communications. The agency wants to know whether data breaches are more common when mobile devices are used. It’s also asking about personal information collected by banks, how they use it and how they keep customers informed about these practices.

In addition to hearings, the bureau will accept comments sent to it by Sept. 9.

Woman with tablet and credit card image via Shutterstock.