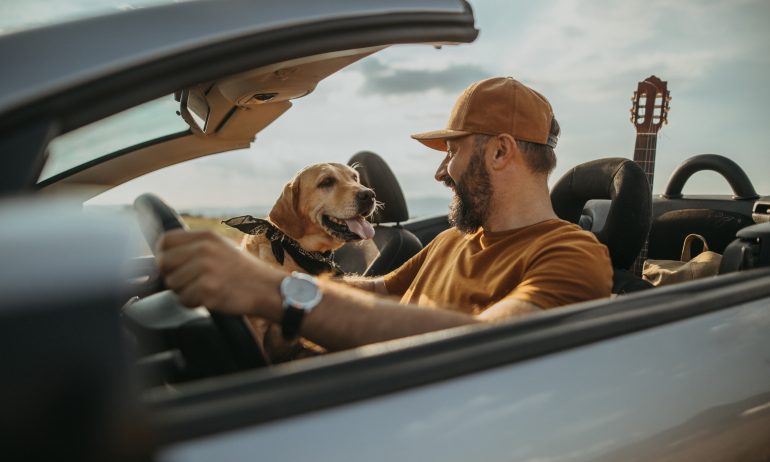 If you’re in trouble in California because of being uninsured in a wreck or after getting a DUI, you might be required to prove you have car insurance with a form called an SR-22.

Although some people call it “SR-22 insurance,” this isn’t an insurance policy — it’s your insurer’s guarantee that you have coverage. If you don’t get an SR-22 after a serious offense, you could lose your right to drive in California. Here’s why you might need one and how to find the cheapest rates if you do.

Who needs an SR-22 in California

California may require you to have an SR-22 to keep or reinstate your driving privileges after a serious offense. With an SR-22, your insurer informs the Department of Motor Vehicles that you’ve purchased at least the minimum required liability insurance in California by filing a certificate with the department.

Problems that could lead to an SR-22 requirement in California include:

You might need an SR-22 even if you weren’t behind the wheel.

In some cases, you might need an SR-22 after a wreck even if you weren’t behind the wheel. If authorities can’t figure out who was driving, but you owned the car and didn’t have insurance on it, your driver’s license could be suspended. The same thing could happen if your uninsured car rolls away from its parking spot and causes an accident while no one is driving it.

You may also need an SR-22 if you’re required to have an ignition interlock device, which prevents your car from starting unless your breath is alcohol-free. You may have the option of getting a restricted license with an interlock device installed in your car after a DUI or “wet reckless” driving conviction.

The SR-22 is also called a California Insurance Proof Certificate. For vehicles with fewer than four wheels, such as a motorcycle, the form is an SR-1P.

How to get an SR-22 in California

Filing an SR-22 isn’t something you do on your own. California requires insurers to electronically report insurance information to the DMV, and dozens of companies do so, including most of the nation’s largest auto insurers. If you need an SR-22, ask your insurer to file one on your behalf.

However, some insurance companies don’t file SR-22s. If your insurer doesn’t provide this service, you’ll need to switch to one that does. After your violation, insurance companies are likely to consider you a high-risk driver. Your current insurer might cancel your coverage or opt not to renew your policy. If you can’t get coverage elsewhere, you can turn to the California Automobile Assigned Risk Plan, the state’s high-risk insurance pool.

How much an SR-22 costs in California

Insurance companies typically charge about $25 to file an SR-22. In addition, fines and fees to get your California driving privileges restored can add up to over $300.

Shopping around may lessen the blow.

You’ll also face higher car insurance premiums, but shopping around may lessen the blow. Insurers weigh history and personal factors differently to set their rates, so the company with the lowest price before your SR-22 requirement may not be the cheapest for you now. To find your best rate, you’ll need to compare car insurance quotes from multiple companies.

Here’s an example that shows why it’s important to shop around for the cheapest auto insurance after a violation.

NerdWallet analyzed 2019 California rates for a 40-year-old driver with a recent DUI, a violation that typically leads to an SR-22 requirement. For our hypothetical driver, shopping for California’s minimum required liability coverage:

Our hypothetical California driver could save an average of $1,435 a year, or nearly $120 a month, by shopping around and choosing the cheapest insurer instead of the most expensive.

How long you need an SR-22 in California

In California, an SR-22 requirement typically lasts three years. Your driver’s license may be suspended or revoked for a few months to a few years, depending on the violation and your history of other violations, and your SR-22 requirement begins after that.

In some cases, you may be able to get a restricted driver’s license during your suspension so you can commute to work, drive to medical appointments or take your child to school. For the restricted license, you’ll need to get an SR-22 and meet other requirements. You can get a restricted license after a DUI in California only if it was your first offense in at least 10 years.

When your SR-22 requirement ends, it’s time to go shopping again. Car insurance rates will probably be lower now that your violation is three to five years in the past, so compare quotes and snag some cheaper coverage. NerdWallet’s car insurance comparison tool can help.

How much insurance you need in California

At a minimum, California requires drivers to have liability insurance with these limits:

To get an SR-22 in California, you’ll need to buy at least that much coverage, and you may want to consider more. Even if no one is injured, a wreck can easily cause over $5,000 in property damage — and if the accident is your fault, you’ll be responsible for paying the rest.

» MORE: What liability car insurance covers and how much you need

Lisa Green is an insurance authority at NerdWallet. She has won many journalism awards and was part of a 2011 Pulitzer Prize finalist team at The Tennessean in Nashville. Read more

twitterTwitteremailEmail
We want to hear from you and encourage a lively discussion among our users. Please help us keep our site clean and safe by following our posting guidelines, and avoid disclosing personal or sensitive information such as bank account or phone numbers. Any comments posted under NerdWallet's official account are not reviewed or endorsed by representatives of financial institutions affiliated with the reviewed products, unless explicitly stated otherwise.