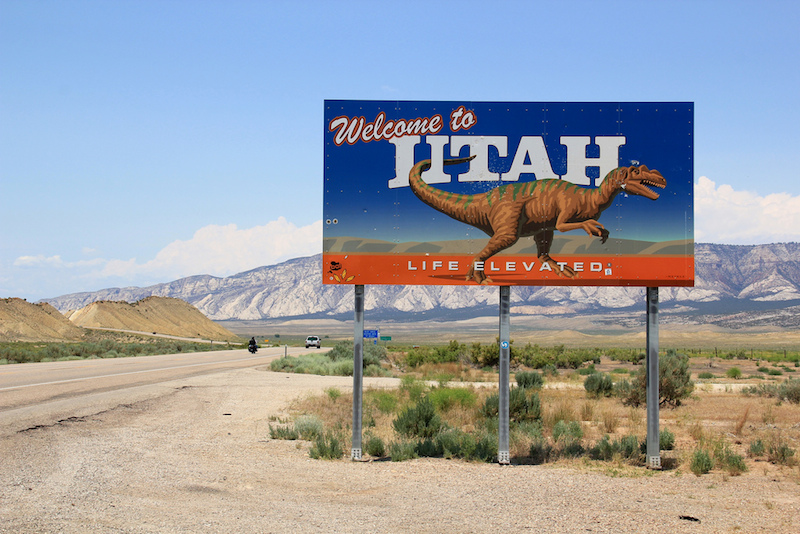 Foreclosure rates are dropping and home sales are steadily rising in Utah, while renting has become a much less affordable option across the country. According to Harvard University’s Joint Center for Housing Studies, the number of people who are unable to afford their rent rose 12% between 2000-2010. With that in mind, now is the time and Utah is the place to start looking for a home.

NerdWallet analyzed the 47 cities with populations greater than 15,000 in Utah to determine which have characteristics that are favorable to homebuyers. Our analysis answers three main questions:

Saratoga Springs has the highest population growth on our list at 21.8%. The lakeside location offers gorgeous views and easy access to the lake with the 8-acre public City Marina for boating and other water sports. The area was originally a resort built around the natural hot springs and still maintains a quiet, rural atmosphere with convenient access to the larger metro areas of Salt Lake City and Provo-Orem. It is also near three colleges, including Brigham Young University in Provo, Utah Valley University in Orem and the University of Utah in Salt Lake City. Skiers and snowboarders enjoy the close proximity to resorts like Snowbird and Alta.

The high homeownership rate (87.6%) and low homeowner costs at 27.4% of household income make home buying in Eagle Mountain easy and affordable. At its incorporation in 1996, there were just 250 residents, and that number has since grown to more than 23,000, making it one of the fastest-growing communities in Utah and the third-fastest growing on our list at a rate of 18%. Located at the western base of the Lake Mountains, residents enjoy plenty of open space in a community that includes more than 30 miles of jogging, bike and horse trails in its master plan. The local government offers incentive packages to new businesses, including land and utilities concessions, with extra incentives for the tech industry, which dominates job growth in the area.

Syracuse is extremely buyer-friendly with 92.5% of its residents owning their homes – the highest rate on our list – and contributing only 23.5% of their household incomes to homeowner costs – the lowest percentage on our list. It is next to the Great Salt Lake, and skiing is less than an hour away at Snowbasin and Wolf Mountain. Known as the “Gateway to Antelope Island,” Syracuse offers access to myriad outdoor activities, including camping, boating and snowshoeing. With close proximity to Hill Air Force Base, the federal government is the top employer for this area.

The second-fastest growing city on our list, Herriman grew by 19% between 2010 and 2012, and residents like its family-friendly atmosphere and safe neighborhoods. The 1,000 acres of open space, parks and trails, a community garden, a skate park and the largest recreational center in Salt Lake County offer a rural atmosphere with plenty to do. Strong consumer demographics – a median age of 24.7 and median household income of $76,509 – predict continued economic growth, making it a great place to start a business. It’s also a great place to seek an education – the University of Utah in nearby Salt Lake City is among the top 100 universities in the world.

New residents needn’t worry about their pocketbooks because Clinton City has the lowest median selected monthly homeowner costs at $1,376, and 85.7% of its residents are homeowners. The federal government is the top employer for this area, as it is close to Hill Air Force Base. The city has a diverse mix of farming, residential and commercial areas. Though much of the farmland has been replaced by housing, the city still maintains a quiet, rural atmosphere, but lies close enough to Salt Lake City for easy access.

Lehi is growing rapidly at a rate of 12.2% and is centered between the two largest metro areas in Utah. Combine that with a highly educated workforce coming from the three nearby universities (Brigham Young, Utah Valley and the University of Utah) and Lehi is poised to foster successful business. Two of the newest major job creators in the city include Adobe, with a 270,000 square-foot facility that employs 1,100 people in phase one, and Xactware, with a 210,000 square-foot facility that employs 460 people, a number that has the potential to grow to 860. The town has a pressurized irrigation system and a $3.74 million lead-free piping system that was installed in 1989, making it one of the finest culinary water systems in the state. History-buffs can enjoy the best-preserved portion of the Pony Express Trail at the Dugout, a Pony Express and Overland Trail station.

Residents consider Farmington a great place to raise children — it has a low crime rate and great school system (ranked #32 in the state) — which helps explain the high 83.3% homeownership rate. It is also known for the state’s largest family amusement park, Lagoon, which was originally located on the shores of the Great Salt Lake and called Lake Park Resort. The city also offers more natural recreational activities, including hiking, snowmobiling, fishing and camping. The Primary Organization of the LDS Church, a children’s organization within the Church of Jesus Christ of Latter-day Saints, was originally established in Farmington, and a mural depicting the first primary is on display in the Farmington Rock Chapel on Main Street.

Located right along the Wasatch Mountains, residents enjoy beautiful mountain views and plenty of outdoor activities. There are 12 parks in North Ogden, including an equestrian park and skate park, numerous hiking trails for exploring the mountains and open space, and an aquatic center. Business owners in the city have a unique ally; the North Ogden Business Alliance was formed in 2006 and addresses the needs of the community, endeavoring to make it as business-friendly as possible. It has a high homeownership rate of 85.4%, and homeownership costs are only 23.8% of household income, the second lowest on our list.

Homes in Roy are among the most affordable on our list, with the median home value at a low $159,900. The city strives to be a safe, affordable, economically and ethnically diverse community where its residents make a lifelong home. Residents have the opportunity to take advantage of a plethora of outdoor activities including exploring parks, playing on 15 golf courses, boating, camping, fishing and skiing at nearby Powder Mountain, Snowbasin or Wolf Mountain resorts. The homeownership rate sits at a high 84.6%.

Riverton lies between the Wasatch Range and Oquirrh Mountains, giving it spectacular mountain views, and the recreational activities that go along with them. There are several parks within the city, as well as the Sandra N. Lloyd Community Center. The population has grown rapidly at a rate of 6.9% between 2010-2012, and 86.5% of its residents are homeowners. With the motto, “Peace, Progress, Tradition, the small-town atmosphere with easy access to Salt Lake City makes it a great place to live, and with one of the lowest tax rates in Salt Lake County, it’s an affordable place to own a home.

Only places with 15,000 or more residents were included in the study.