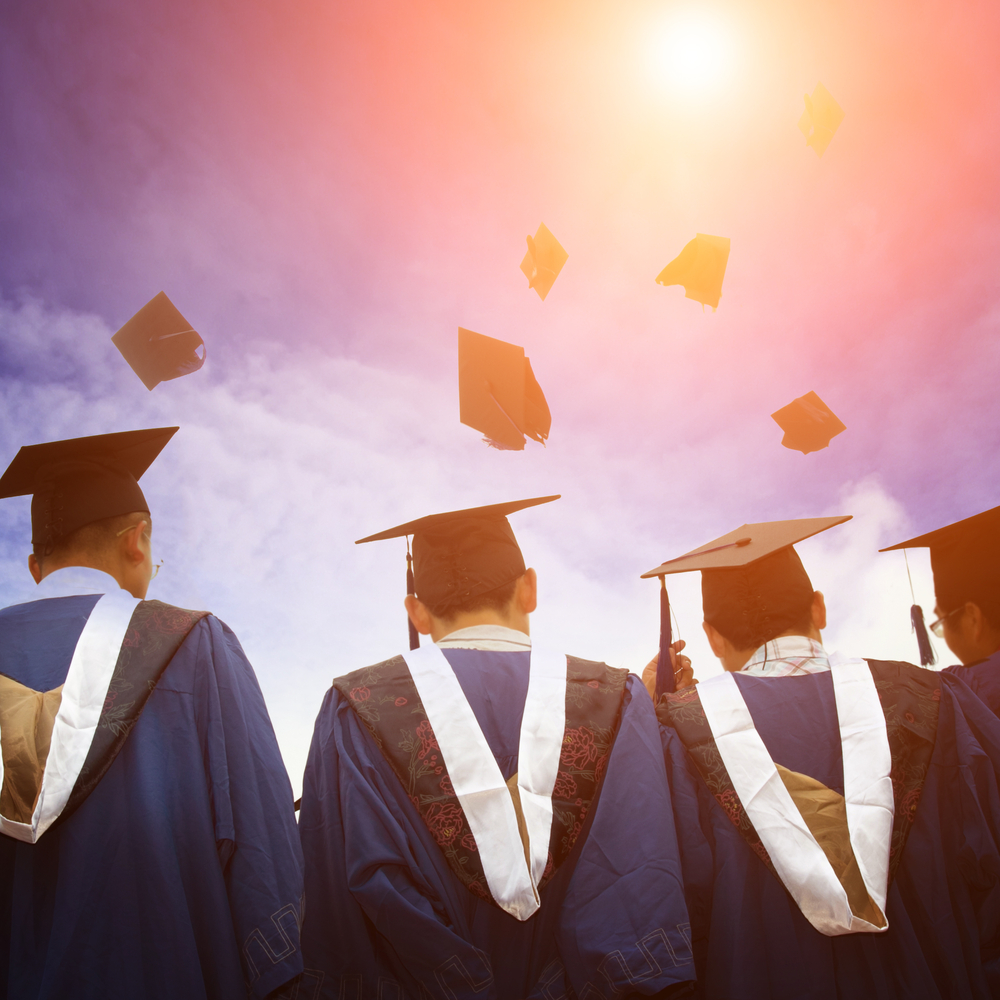 According to a recent survey of employers, a greater number of companies are planning to hire new college graduates in 2014 than in the last few years. Finding a job after college is imperative for many college seniors and some cities offer more career opportunities than others. As we approach graduation season, NerdWallet crunched the numbers to find the best cities in the U.S. for recent college graduates.

We considered the following factors in our analysis of the 50 largest cities in the country:

3.    Strength of workforce: To measure the strength of professional industries in the cities, we included the percentage of the workforce with occupations in the management, business, science and arts industries. We also factored unemployment rates into our analysis to gauge the quality of the local economy.

For more information, check out NerdWallet’s Cost of Living Calculator.

Of the 50 largest cities in the U.S., Washington, D.C. has the greatest percentage of residents working in management, business, science or arts. The cost of living in the nation’s capital is higher than in most other places, but the high median earnings for college grads and relatively low unemployment rate are reasons why D.C. continues to be a popular destination for those fresh out of college. The high number of government opportunities also ensures that the job market in Washington, D.C. is relatively more immune to economic recessions than in other parts of the country.

Seattle is one of the most educated places in the country—34.5% of the city’s population 25 and over hold a Bachelor’s degree, the highest mark of all 50 cities in the study. The top industries in the city include aerospace, information technology, clean technology and healthcare, while the largest employer is the University of Washington, which also produces more graduates than any other college in Seattle.

Minneapolis boasts the second highest proportion of people between the ages of 20 and 29 of all top ten cities. A high presence of young people and a relatively low unemployment rate are two reasons for the city’s third overall rank in our analysis. The Twin Cities metropolitan area is home to a healthy economy—the Greater Minneapolis-St. Paul region has 19 Fortune 500 companies, the highest per capita mark of all metropolitan areas in the country. Among Minneapolis’ other major employers is the University of Minnesota, Twin Cities, which is the largest university in the state.

San Francisco has many attractive features to draw fresh grads to the West Coast, including a well-educated and professional population and an active social scene. The cost of living in San Francisco is extremely high, but it’s somewhat offset by the highest median earnings for those with Bachelor’s degrees of all top ten cities on the list. Major industries include information technology, life sciences, digital media and financial services. Some of the country’s biggest tech giants can be found in the area, such as Google, Twitter, and Salesforce.com.

Austin has a high percentage of young professionals, a well-educated population, an affordable cost of living and a low unemployment rate compared to other large cities in the country. In addition to a lively arts and music scene, Austin is home to the headquarters of some major technology corporations such as Dell and IBM. Contributing to the city’s well-educated workforce are 27 public and private colleges and universities in the region, the largest of which is the University of Texas at Austin.

Atlanta boasts a low cost of living and diversity in its major industries, which include trade and transportation, business services, government, education and health services. Some of the city’s largest employers include Atlanta-based Fortune 500 corporations such as Delta Air Lines, Coca-Cola and The Home Depot, as well as local universities such as the Georgia Institute of Technology and Emory University/Emory Healthcare.

Raleigh’s population is highly educated, with 31.9% of residents 25 and over holding a Bachelor’s degree—the third highest proportion of the nation’s 50 largest cities. Raleigh’s major industries include manufacturing, aerospace, biotechnology and green energy. Two of the top employers in the area are SAS Institute, Inc., which is headquartered in the region, and North Carolina State University.

Boston has the greatest proportion of young professionals of all large cities, with over a quarter of its population being between the ages of 20 and 29. Boston offers an active social life to fresh grads with its highly walkable layout, plethora of bars and restaurants and many professional sports teams. The largest industries in the city are healthcare, finance and insurance and education.

Fresh college grads that enjoy the outdoors will be especially drawn to Denver. In addition to its natural and recreational offerings, Denver boasts a high percentage of its population 25 and over that hold a Bachelor’s degree, as well as a moderate cost of living. The top industries in the Mile-High City are aerospace and aviation, broadcasting and telecommunications, energy and healthcare.

Perhaps the most attractive feature of Columbus for college grads is affordability—the city’s Cost of Living Index is the lowest of all top ten places. The Central Ohio city’s key industries are manufacturing, logistics, science and technology and business and financial services. JPMorgan Chase & Co. is the largest private employer in Columbus, while the State of Ohio and the Ohio State University are the city’s top two public employers.

Each of the six variables was weighted equally. We included the 50 largest cities in the U.S. in the analysis.