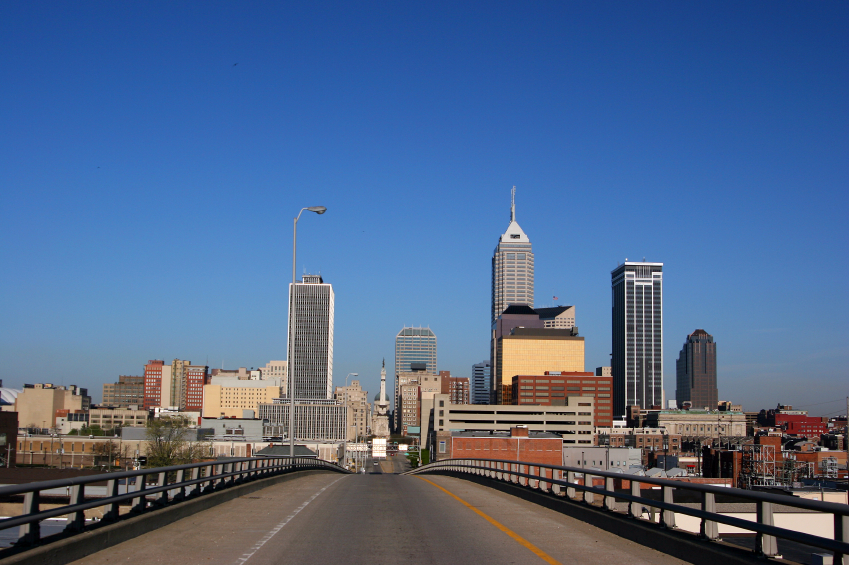 Quality of life matters to all future homeowners, but young families in Indiana may have tighter finances that limit their options. And some couples may be trying to find the best place to buy their first house at the same time they are preparing for their first child.

NerdWallet crunched the data for the second year in a row to help people find the “Best Cities for Young Families.” Our analysis considers several factors:

NerdWallet crunched the data for 109 places in Indiana —cities, towns and census-designated places. Only places with over 5,000 residents were analyzed. To see the full data set, click here.

Our analysis of Indiana revealed some trends:

Capital communities. Sprawling out in every direction, seven of 10 of our top cities were around Indianapolis.

Home values are high. Our methodology favors affordable communities, and in Indiana, we found that the high quality of life offset higher housing prices.

Larger cities dominate. In Midwest communities, we often find that smaller cities are the best cities for young families. But in Indiana, the average population for our top 10 cities is 32,000.

Residents in Fishers will find highly rated schools balanced with recreational activities. Families can watch free movies in the fall, go to a “Glow in the Park” party in the Nickel Plate District and check out the annual pumpkin festival. With a median home value of $209,700, housing costs are slightly above Indiana’s average, but our data found Fishers is worth the investment for families focused on quality of life.

This family friendly community, which has the highest percentage of families with children in the state, is within commuting distance of Indianapolis. In Westfield, family income has grown to just over $100,000 in the past 15 years.

Granger, a census-designated place outside South Bend — home of Notre Dame University — is a middle-income community of just under 30,000. Granger has a number of families with children, and a zero percent poverty rate for young children. The 51.9% of residents with at least a bachelor’s degree is twice as high as the state average, which suggests that Notre Dame’s faculty make Granger their home. The median family income here is $102,000, and the public schools have earned an 8 out of 10 ranking at GreatSchools.

With its location 17 miles outside Indianapolis, Brownsburg is a draw for residents seeking an affordable mid-size community near a large metro area. The median home value of $144,100 makes Brownsburg the second-most affordable place in our top 10, yet the poverty rate for young families is low. The town features several parks, including Arbuckle Acres, Williams Park and Stephens Park, and along with the town’s low cost of living, comes highly ranked schools, which received an 8 at GreatSchools.

Avon, a Brownsburg neighbor, is another community outside Indianapolis, with convenient access to Highway 36 and the Indianapolis airport. Avon is smaller and slightly more expensive than Brownsburg — the median home value in Avon is $164,900. In addition to academics, the town’s schools also excel in the arts: the marching band has won three national championships. Music also makes it mark elsewhere in the town that is home to the Hendricks Symphony and Choir.

There’s no shortage of positive developments in Carmel — one of the fastest-growing cities in the state. Young families here will find company: 35% of residents have children. The Meridian Corridor provides job opportunities for working parents, who have seen the median family income grow by a third in the past 15 years. Home values — at a median of $297,300 — are the second highest in the state, so buying a house here can present a challenge for families who want to move to Carmel.

Zionsville’s strong schools, which were rated 9 at GreatSchools, come with a bonus: the community is near Indianapolis, just an 18-mile commute for working parents. The town, and its village style downtown area, is known as a family friendly community. Zionsville’s Fourth of July fireworks show brings visitors from all over the state.

A bit more rural than many of the communities featured on our list, Batesville makes the top 10 due to its affordable housing and schools. Batesville’s schools earned an 8 in a place where the median home value is $181,000. Although, it’s farther from metro areas, Batesville is located about the same distance from Indianapolis or Cincinnati. Residents find jobs at the Batesville Casket Co. and Hill-Rom, a health-care equipment manufacturer.

As the place where President Abraham Lincoln studied law, Boonville is a city that has a rich history. In addition to being home of the Warrick County Museum, the city also has a downtown historical district. The city is smaller, with a population of 6,238, but with home values at $90,600, it is the most affordable place for homebuyers on our list.

Rounding out our list is Plainfield, a city of 28,000 about 20 miles from Indianapolis. The median home value of $147,000 puts Plainfield in an affordable range, and its school system ranked 8 out of 10 by GreatSchools. Residents can choose from a variety of parks and other activities — from the Vandalia Trail to the Recreation and Aquatic Center and more.

All data are from the 2013 U.S. Census Bureau’s American Communities Survey. Our methodology took into account four factors:

Home affordability. Home affordability, 30% of the final score, was calculated by averaging index scores for median home value and median selected monthly owner costs. The lower the costs, the higher the score.

Educational quality. Using data from GreatSchools, every place was assigned a ranking from 1 to 10 for the quality of schools. The education score is 20% of the final score.