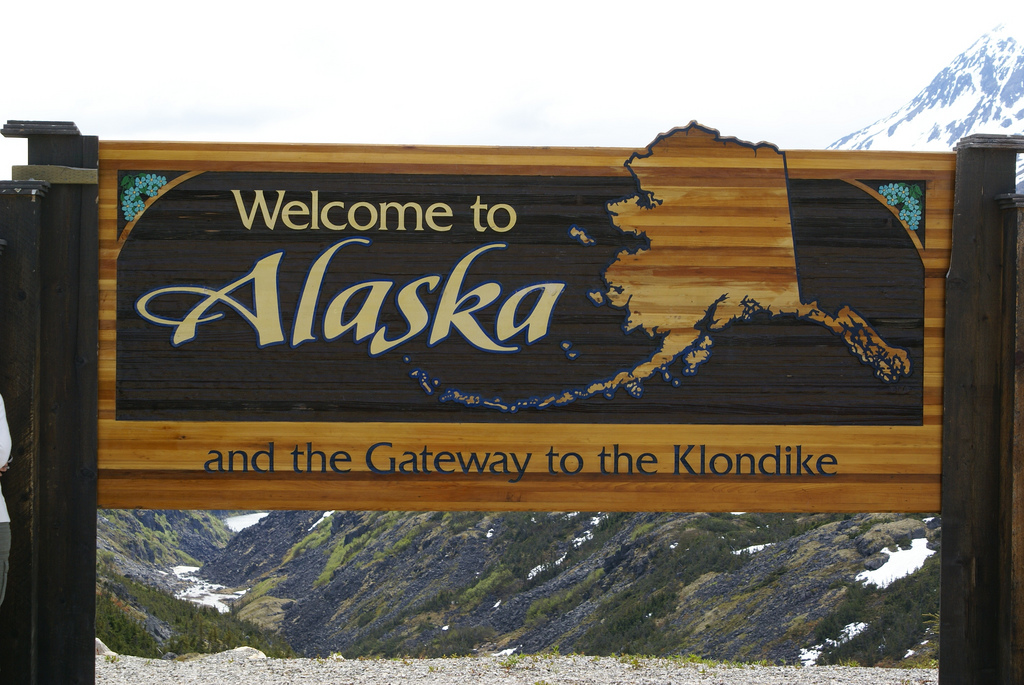 More and more people are making the northward trek to Alaska: according to the state’s labor department, its population grew by 3.7% over the past three years, a faster growth rate than the U.S. population as a whole, which grew by 2.4%. And those residents are being rewarded: The Alaska Permanent Fund, created to reward future generations for the state’s oil wealth, reached its highest value ever in 2014, totaling $50 billion. The dividend amount in 2013 was $900 per person for residents who have lived in Alaska for more than one year and were not convicted of a crime or incarcerated during the previous year.

For newcomers and old-timers considering buying a home, Alaska has many resources to assist you with the home buying process, including the Alaska Housing Finance Corporation, which has offices in 16 communities in the state and offers down payment and closing cost assistance. That corporation helps fund the Alaska Community Development Corporation, which works, “to improve housing and conserve energy, and to further economic development throughout the state.” The corporation provides free weatherization to thousands of Alaska residents.

If you’re interested in relocating to Alaska, NerdWallet crunched the numbers to find the best places in Alaska for homeownership. Our analysis answers three main questions:

Located in the northern part of the Alaska Panhandle, Haines is growing faster than ever. The census-designated place saw the highest population increase on NerdWallet’s list with a jump of 53.5% between 2010 and 2012. Haines is one of 79 communities in Alaska served by the Rural Alaska Community Action Program, which among other services helps to connect people with affordable housing and weatherize existing homes. The median household income is $4,494 per month, and 34.9% of the income is devoted to homeowner costs. The median home value in Haines is $210,000, and 64.9% of homes are owned rather than rented. Haines has a rich history as the home of a 100-year-old military base, Fort William H. Seward. And like most communities in Alaska, the city has Native American roots. Tlingits were the first settlers in Haines, which they called “Dei-shu” meaning “The End of the Trail.” Haines is also home to the Discovery Channel’s reality show “Gold Rush Alaska.”

Willow has the highest homeownership rate on NerdWallet’s list at 94.2%. This census-designated place, located closest to Wasilla in the southern part of the state, saw its population increase by 8.5% between 2010 and 2012. The median monthly household income is $5,417, and 28% of income is devoted to homeowner costs. Willow is the official restart point for the Iditarod Trail Sled Dog Race. Willow is also within a 90-minute drive of Anchorage, which makes up 42% of the state’s population and accounts for 47% of the employment.

Knik-Fairview is located in the Anchorage metropolitan area near Wasilla, giving it access to all the amenities of the state’s largest city. This census-designated place saw its population grow by 17.7% between 2010 and 2012. It’s also part of the Matanuska-Sustina Borough region of Alaska. Knik-Fairview’s population of 14,400 in 2012 makes it the fifth most populated area in Alaska. Its residents make a median monthly household income of $6,643, and 25.9% of that income covers homeowner costs. This town also has one of the higher homeownership rates on NerdWallet’s list at 83.5%, and the median home value is $207,100.

Located in the Fairbanks metro area and the Fairbanks North Star Borough, Goldstream saw its population grow by 22.8% between 2010 and 2012. Residents of Goldstream make a median monthly household income of $6,430, and 25.6% of that income is devoted to homeowner costs. For potential homebuyers, nearby Fairbanks offers Fairbanks Neighborhood Housing Services, which provides down payment and closing cost assistance to buyers in the Fairbanks North Star Borough. Because of Goldstream’s proximity to Fairbanks, residents have access to the resources in the state’s second-largest city, including education and employment at the University of Alaska Fairbanks. The median home value in Goldstream is $224,800, and 79% of homes are owned rather than rented.

A part of the Fairbanks metropolitan area, Ester grew its population by 34.5% between 2010 and 2012, which is the second-highest population jump on NerdWallet’s list. The median home value in Ester is $187,400. The median monthly income is $6,675, and 22% of that is devoted to homeowner costs. This census-designated place has a community association, which hosts a plethora of annual events including an Easter egg hunt, park clean-up day and Fourth of July and Bastille Day celebrations. Ester also hosts a summer farmers market and has a library and community park.

Located in the Kenai Peninsula Borough, Nikiski is a census-designated place where median home value is $165,200, and 85.1% of homes are owned rather than rented. The median monthly income in Nikiski is $5,761, and 25.1% of that income is devoted to homeowner costs. Just outside Nikiski sits the Captain Cook State Recreation Area, where residents and visitors can enjoy canoeing, fishing, and many other outdoor activities. Nikiski also has its own secondary school, Nikiski Middle/High School, with about 400 students enrolled.

Making their home in Fairbanks North Star Borough, Badger residents make a median monthly income is $6,830, and 27.8% of that income is devoted to homeowner costs. In this census-designated place, 79.4% of homes are owned rather than rented. Badger saw a 14.6% population increase between 2010 and 2012. Badger residents can visit the Chena River State Recreation Area for year-round hiking and exploring. Badger is also located near Fort Wainwright, a U.S. Army base housing nearly 7,400 soldiers.

Located in the Kenai Peninsula Borough, Kalifornsky has an 83% homeownership rate. This census-designated place’s population grew by 4.6% between 2010 and 2012 and it’s one of the more affordable places on our list, with monthly homeowner costs representing just 24.4% of median monthly household income. Kalifornsky is only 13 miles from Kenai, which has an airport and a wildlife refuge. Residents can also travel to restaurants and bars in nearby Soldotna.

The only official city on NerdWallet’s list, Valdez is located near Prince William Sound in south central Alaska, about 300 miles from Anchorage, the nearest big city. The median monthly income in Valdez is $6,706, and 23.1% of that income is devoted to homeowner costs. The median home value in Valdez is $172,100, and the homeownership rate is 75.7%. Although the city is most well-known for being home to the Exxon Valdez oil spill of 1989, there’s much more to Valdez. The city has an active Parks and Recreation Department with various community programs and classes including snowmobiling clubs, a teen center, amateur hockey and a ski club. Every year, Valdez hosts events during Independence Week (the week surrounding Fourth of July), with highlights including the Pink Salmon Festival and the Valdez Kite Festival.

Big Lake is home to, unsurprisingly, a lake. So there are plenty of recreational areas, including Big Lake North State Recreation Site. Big Lake’s population grew by 11.9% between 2010 and 2012. The median monthly income in Big Lake is $5,100, and 31.1% of that goes to cover homeowner costs. The census-designated place of Big Lake is a part of the Anchorage metro area, but Big Lake is actually closer to Wasilla, where many people travel for their shopping. Many residents commute to Anchorage, which is home to the state’s largest employer, Providence Health & Services. We evaluated 45 cities, towns and census-designated places (CDPs) in Alaska with more than 2,000 residents for this study.