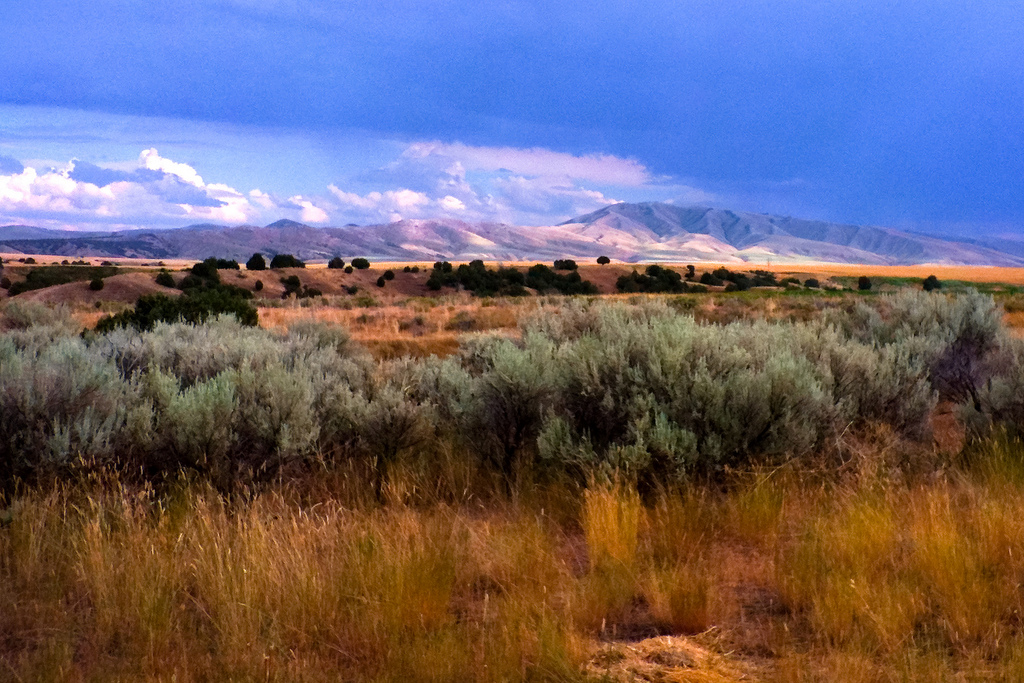 Idaho’s population has increased every year over the past decade, with a 2.8% rate of growth from 2010 to 2013, according to the U.S. Census Bureau. Also, more people moved to Idaho than left the state last year. Suburbs surrounding Boise and Nampa continue to grow at rates of more than 10% a year, according to the Boise Valley Economic Partnership. The Boise suburb of Meridian has grown so much that it recently became the third-largest city in the Gem State.

It’s easy to see why so many are moving to Idaho with its abundant natural resources, a variety of recreational activities and a growing economy.

NerdWallet crunched the numbers to find the best areas in Idaho for homeownership. Our analysis focuses three questions:

For more details on our methodology, please see the methodology section at the end of the report.

The population is skyrocketing in the planned community of Hidden Springs, jumping 40.7% from 2010 to 2012. A lofty 89.7% of all homes in this town in the Dry Creek Valley of Ada County are owned rather than rented. The median home price is $351,000, and the community has more than 800 acres of open space, including wetlands, trails and a farm. Hidden Springs is about 10 miles to Boise’s many job opportunities at companies such as Micron, a leading maker of semiconductors, and J.R. Simplot Co., the food and agribusiness giant.

Kuna is celebrating its 150th birthday in 2014. As a suburb of Nampa, in the western part of Idaho, Kuna boasts a high homeownership rate of 82.8%, and monthly homeownership costs take up 29.6% of median household income, according to data crunched by NerdWallet. The median home value is $134,900. There also are an abundance of job opportunities as the Nampa-Boise region has blossomed into a center for technology, agribusiness, food processing, shared services, manufacturing and state government. Technology giant Hewlett-Packard is one of the large companies with a division in Boise.

Star is another suburb in the Boise Valley, between Boise to the east and Caldwell to the west. Star has a 78.2% homeownership rate, and monthly homeowner costs make up 27.1% of the median household income of $5,316. Like our other picks, the population is booming: it grew 11.1% from 2010 to 2012, and people moving to Star can expect a median-home value of $176,700. The Snake River Canyon, south of Star, lures many Idaho residents with its stunning views and miles of hiking trails. Southwest of Star is Lake Lowell, a great spot for fishing and boating.

Just east of Idaho Falls, in eastern part of the state, is the suburb of Lincoln, where 77% of all the homes are owned, and monthly homeowner costs represent just 27% of median household income, according to the U.S. Census Bureau. The suburb is expanding — its population grew by 11.5% from 2010 to 2012, and since 2000, it has been growing along with the Idaho Falls metropolitan area. Many Lincoln residents work at the Idaho National Laboratory, the U.S. Department of Energy’s top nuclear energy research lab. In less than an hour from Lincoln, you’ll find many places to enjoy the wilderness, float the Snake River, hunt for wild game or hike on trails. The median home value in Lincoln is $166,100.

Next to Lincoln is Ammon, another suburb of Idaho Falls. In Ammon, 78.6% of homes are owned and the median home value is $168,300. Monthly homeowner costs make up 27.8% of the median household income of $4,734. Idaho Falls and its suburbs serve as a hub to all of eastern Idaho and much of western Wyoming. Homeowners here can also visit one of the crown jewels of the national parks system, Yellowstone National Park, which is just over 100 miles northeast of Ammon.

Dalton Gardens has the highest homeownership rate on our list at 95%. Located in western Idaho, four miles north of Coeur d’Alene, homeowners in Dalton Gardens spend 31.1% of their median monthly income on their homes, which are valued at $317,400, the highest median home value on our list. With a population growth rate of just 2.4%, however, the suburb is not growing as quickly as most of our other picks. Coeur d’Alene, the largest city in the northern Idaho Panhandle, is a resort town, with the Coeur d’Alene Resort taking up a large part of downtown. The resort, on the edge of Lake Coeur d’Alene, has a dozen boat ramps and spectacular views. Dalton Grove is also within an hour’s drive of two ski resorts, the Silver Mountain Resort to the east and Schweitzer Mountain in the north.

Kimberly, east of Twin Falls, is in the south-central part of the state known as the Magic Valley. Monthly homeowner costs take up 27.7% of the median monthly household income, and median monthly homeownership costs are $987, the lowest on our list. The median home value is $125,700, and 80% of homes are owned. Major employers near Kimberly include Glanbia Foods, the largest American-style cheese manufacturer in the nation; Amalgamated Sugar Co., makers of White Satin sugar; and the College of Southern Idaho. North of Kimberly is the Snake River, a favorite spot for anglers looking to catch smallmouth bass and other fish.

Meridian has grown so much in recent years – 9.1% from 2010 to 2012 — it’s now the third-largest city in Idaho after Boise and Nampa, which are in the Treasure Valley that stretches from Boise to Vale, OR. Homeownership costs take up just 27.9% of median household income. The homeownership rate is 75.5%, and the area has a median home value of $194,800. Education is a priority in Meridian, where 86% of high school students graduate, a higher rate than the national average of nearly 78.2%, according to the U.S. Department of Education. Just over a third of Meridian residents have a college degree, compared with 27% nationally, according to the Mayor’s Office of Economic Excellence. Meridian residents live near thriving companies, including the corporate offices of Albertsons grocery stores, which in March announced a $9.4 billion merger with the Safeway supermarket chain.

Soda Springs, about 58 miles east of Pocatello, has an 80.8% homeownership rate. It also has the lowest median home value on our list at $95,000. In this city, residents spend 28.4% of their median monthly household income on their houses. The town is named for its thousands of natural springs of carbonated water, which were a landmark along the Oregon Trail. Large phosphate mines and processing plants, along with farming and the livestock industry, continue to be the mainstays of the local economy. Potential homebuyers can get help with loans and grants from the U.S. Department of Agriculture’s Rural Development loan program, which helps low- and median-income homebuyers in rural areas.

Eagle, nestled in the foothills north of the state capital, is one of Boise’s largest suburbs. It is a growing community with a 6.4% population increase from 2010 to 2012, and a homeownership rate of 81.8%. Eagle has the second-highest median monthly household income on the list at $6,694. Like the other Boise Valley suburbs, Eagle is booming. A mix of technology, agribusiness, food processing, shared services, manufacturing and state government jobs offer a wealth of employment opportunities. Eagle is also known for its outdoor activities, including golfing at four courses, whitewater kayaking on the Payette River and mountain biking.

1. Homeownership rate made up 33.3% of the total score. A higher rate earned a higher score. The data comes from the U.S. Census American Community Survey 5-year Estimates for all places in the state, table DP 04.

Only places with 2,000 or more residents were included in the study. Places with overlapping federal boundaries were excluded from this analysis.