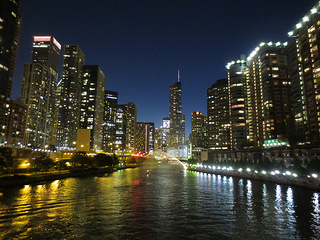 The state of Illinois is on the rise. With the economy slowly but steadily growing, so is the job market. According to a study by CareerBuilder and Economic Modeling Specialists Intl., Illinois was ranked third best when it comes to growth in business establishments. Combine that with the Illinois Association of REALTORS’ latest report that shows the number of homes sold increased by 18.9% in 2013 over 2012, and it seems the state is primed for new homeowners.

NerdWallet looked at 121 places in Illinois to determine which are the best for homebuyers. Our analysis answers three main questions:

Will County’s oldest community, Plainfield has a unique mix of historic buildings and new construction housing quaint shops and restaurants in its central business district. Three of its local sites even appear on the National Register of Historic Places. Agriculture and industry are also part of Plainfield’s landscape, giving it a rural feel with suburban convenience. It’s also a village with a commitment to the environment: the “Green Village” Program incorporates various plans and ordinances to ensure that new development and day-to-day activities remain sensitive to the environment. It also sits at the top of our list for median monthly household income at $9,303.

Oswego is the largest community in Kendall County and is only getting larger, with a population growth of 9.3% between 2010 and 2012. It has two industrial parks that are ready for development with a third park available for future development. Its largest employer is Caterpillar Inc., a manufacturer of heavy equipment, which employs 3,200 people. It’s also a great place to raise kids, and new residents often say that it was the great schools that drew them in. But they probably also enjoy the fact that they spend only 27.4% of their household incomes on homeowner costs.

Natural beauty is one of the selling points for South Elgin’s new residents. With Fox River running right through the village, residents get gorgeous views, fishing at several points along the river and miles of hiking and biking trails in the Kane County Forest Preserves. Combine the beauty with median selected monthly homeowner costs that only take up 28% of median monthly household income, and it’s no surprise that 90.4% of its residents own their homes. Residents also have nearby Elgin Community College at their disposal for an associate degree or as a stepping stone to a four-year university, such as Northwestern University in nearby Evanston.

Residents of Romeoville enjoy the lowest homeowner costs on our list, with median selected monthly homeowner costs at $1,875. They also enjoy the more than 300 acres of park land with seven community parks and 23 neighborhood parks, plus a 55,000 square-foot recreation center, all overseen by the award-winning Romeoville Recreation Department. Romeoville’s population grew by 4.5% between 2010 and 2012, and top employers in the area include Dann Dee Display Fixtures, Lewis University and Sharp Electronics.

Lockport’s historic ambiance, quiet, tree-lined streets and affordable housing prices all contribute to its high homeownership rate of 87.6%. Located on the Illinois and Michigan Canal, which linked the Great Lakes to the Illinois and Mississippi rivers, it is one of the best-preserved Canal sites in existence, and its historic district is even listed on the National Register of Historic Places. Its economy benefits from its location and transportation infrastructure, so Lockport attracts many commercial employers. The top employers in the area include CITGO, Wal-Mart and Panduit Corporation, an electronic components manufacturer.

This village takes pride in its use of sustainable practices. With its ECO-ALGONQUIN concept, the village boasts nature preserves, recycling, energy efficiency, protected natural areas and abundant park space, and it is recognized as a Tree City USA. Homeowner costs are only 26.6% of household income in Algonquin, the lowest in our top 10, and 88.3% of its residents own their homes. Its top employers are School District #300, which has 720 employees; Jewel-Osco, a grocery store chain that employs 410 people; and School District #158, which has 370 employees.

With more than 30% of its population under the age of 30, Bartlett is brimming with youth. And the park system provides residents with plenty to do with more than 380 acres of parks, including the Apple Orchard Golf Course, Bartlett Aquatic Center and the Bartlett Trail, a paved pathway that is more than 14 miles long. The village has a friendly, small-town atmosphere with well-maintained homes. The owners of those homes only spend 28.8% of their incomes on homeowner costs, and 88.2% of them own their homes.

9. Lake in the Hills

A beautiful, natural place to live and work, Lake in the Hills lives up to its name. But what its name doesn’t say is how it’s conveniently located along the Randall Retail Corridor, with accessibility to metro areas like Elgin and Chicago. These factors contribute to its 91% homeownership rate. The top job segments in the village are manufacturing, health care, retail trade and government. Major employers include Costco Wholesale, with 150 employees; Boulder Ridge Country Club, with 120 employees; and Lowes Home Center, with 105 employees.

Just a 35-minute drive from downtown Chicago, Tinley Park is also surrounded by thousands of acres of forest preserves, making it both beautiful and convenient. It also boasts a diverse business environment including office, corporate headquarters, health care, manufacturing, distribution, education, government, entertainment, commercial retail and hospitality industries. It is recognized as a major destination for diners, and the median selected monthly homeowner costs are at a low $1,893.

Only cities with populations greater than 20,000 were included. Cities were excluded for higher than average crime rates.