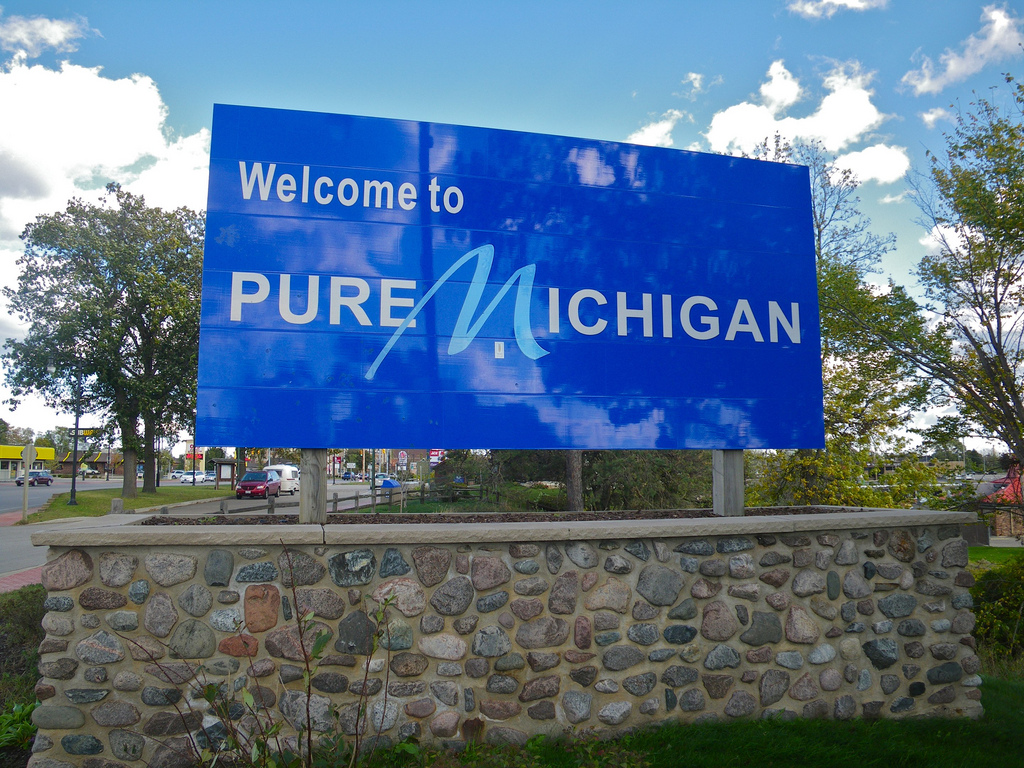 Michigan is surrounded by the enormous Great Lakes and offers many impressive public universities. The state boasts a rich automotive history, the unmistakable Motown sound and the multitalented Eminem. If you want to relocate to the Wolverine State, or you currently reside in one of its two peninsulas and plan to purchase a new home, check out our list of best places to own a home in Michigan.

Smart house hunters should also visit the Michigan State Housing Development Authority’s website to learn about programs that provide assistance, including the down payment assistance program, the mortgage credit certificate program, various other loan programs and homebuyer education classes and services. Plus, the state also administers a homebuyer program to support low-income homebuyers.

NerdWallet analyzed all the Michigan places with more than 10,000 residents to determine which have characteristics that are favorable to homebuyers. Our analysis answers three main questions:

Best Places for Homeownership in Michigan

This Macomb County city is about 36 miles northeast of Detroit, the state’s largest city, and about 15 miles from the Canadian border. This well-established waterfront community beside Anchor Bay offers affordable monthly homeownership costs at just 25.6% of median monthly household income. New Baltimore has an 82.8% homeownership rate and a median home value of $171,800. According to U.S. Census figures, the population increased by 4.9% between 2010 and 2012, the highest rate of growth on our list. Each June, New Baltimore residents rally around the FishFly Festival, a perennial summer favorite featuring a parade, the Miss Bay-Rama pageant, a cardboard boat regatta and more. Throughout the year, children and adults alike enjoy programs at the MacDonald Public Library. The Anchor Bay Community Foundation presents several grants that benefit New Baltimore, and the Anchor Bay Chamber of Commerce works to unite business interests within Macomb and St. Clair counties.

This unincorporated area in Kent County tops our list with an impressive homeownership rate of 94.9% and homeownership costs—the lowest on our list—that amount to just 21.3% of the median monthly household income of $9,215. The area is about 12 miles east of Grand Rapids, the state’s second-most populous city. The median home value in Forest Hills is $253,100, the highest on our top 10 list, and between 2010 and 2012 it saw a 3.2% uptick in population. Residents here take pride in their impressive Fine Arts Center, which welcomes professional artists, student performances and several special events. Residents here also enjoy activities and classes at the Forest Hills Aquatic Center.

About 20 miles east from the beaches of Lake Michigan, unincorporated Jenison has a homeownership rate of 86.8% and homeowner costs that take up 27.1% of the $4,414 median monthly household income. Two public school systems and four parochial schools educate Jenison students. The Jenison Aquatics facility offers water polo and other swimming activities for residents, and in nearby Hudsonville the Georgetown Ice Center offers hockey leagues, figure skating and more. Plus, Jenison and the surrounding communities feature abundant parks and recreational opportunities for those who love the outdoors. The Grandville Jenison Chamber of Commerce makes it simple to support local businesses with its “Shop Here” campaign. In addition, the chamber supports various workshops and seminars to help entrepreneurs.

Lambertville is located about nine miles north of Toledo, Ohio, and Ann Arbor is only a 40-minute drive north. This unincorporated community sits in the Bedford Township in Monroe County, with monthly homeownership costs at 24% of median monthly household income and an 85.6% homeownership rate. Lambertville’s White Park offers ball fields and hiking trails, and other recreational options can be found at Parmelee Park, including hiking, tennis and basketball courts and a skate park. The Maple Grove Golf Club stretches across state lines and offers two courses. Additional attractions within a short distance from Lambertville include the Toledo Zoo and the Stranahan Theater.

Monthly homeownership costs in East Grand Rapids represent just 21.7% of median monthly household income, the second-lowest percentage on our list. Meanwhile, the 91.2% homeownership rate is the second-highest on our list. The median home value in this city stands at $248,000, and living here provides abundant options for fitness enthusiasts or casual exercisers, as the city maintains multiple parks and trails. Water lovers also take advantage of the beautiful 283-acre Reeds Lake. Convenient shopping can be found at the Gaslight Village. And the East Grand Rapids Community Foundation raises funds for beneficial projects throughout the area, such as the Reeds Lake Trail, a pedestrian pathway. Each year the city plays host to numerous special events, including Movies in the Park, the Daddy Daughter Dance and the Mom and Son Night.

Norton Shores offers more than six miles of pristine Lake Michigan real estate and this Muskegon County city is mere minutes from the shores along the P.J. Hoffmaster State Park, where camping, hiking, skiing and Michigan’s wondrous dunes await. The city has a homeownership rate of 85.7% and monthly homeowner costs that take up 30.4% of the median monthly household income. Norton Shores supports Muskegon Area First, a countywide effort to attract new businesses to the area. Several options are available for youth sport opportunities, and every August, residents enjoy an arts and crafts fair.

This unincorporated area located about a dozen miles southeast of Lansing, the state capital, has a homeownership rate of 74.5% and homeownership costs at 31.5% of median monthly household income. Holt’s location in the Delhi Charter Township means easy commutes for higher educational pursuits at Michigan State University, Lansing Community College and the Thomas M. Cooley Law School. The area features seven parks that offer playgrounds, skiing, skating and more. The newest addition is Veterans Memorial Gardens, which pays tribute to each branch of the nation’s military. Holt also offers a farmer’s market and the area has sport leagues for all ages.

About 10 miles northeast of Grand Rapids, Northview sits in the Plainfield Charter Township, which offers a vibrant park system throughout 36 square miles in Kent County. Unincorporated Northview made our list with homeownership costs at 30.5% of median monthly household income and a 75.9% homeownership rate. Between 2010 and 2012, the population edged up by 1.8%. Kent County has a housing rehabilitation program that provides deferred payment loans and grants to homeowners who need help with home improvements.

Cutlerville, an unincorporated area located about 10 miles south of Grand Rapids and about seven miles south of the city of Wyoming, has a homeownership rate of 69.9% and its population increased by 3.2% between 2010 and 2012. Cutlerville residents enjoy plenty of nearby attractions, such as the Frederik Meijer Gardens & Sculpture Park, the Gerald R. Ford Presidential Library & Museum and the John Ball Zoo, all located in Grand Rapids. Plus, Lake Michigan’s shoreline is just a short drive away.

Allen Park, about 12 miles southwest of Detroit, is home to the Uniroyal Giant Tire, a known roadside attraction along Interstate 94 that honors the region’s rich automotive roots. The homeownership rate here is 87.3%, while homeownership costs take up 28.3% of median monthly household income. The Allen Park Economic Development Department supports the Neighborhood Enterprise Zone, a government program that upgrades residential housing, as well as other tax-incentive programs designed to help the community and attract businesses to the area. Allen Park residents stay fit at the town’s fitness center, and the city offers a number of parks. Beginning in June, the popular Allen Park Farmer’s Market will kick off its fifth season, and the 33rd annual Allen Park Arts & Crafts Street Fair is scheduled for Aug. 1 and 2.

Only places with more than 10,000 residents were included in this analysis.