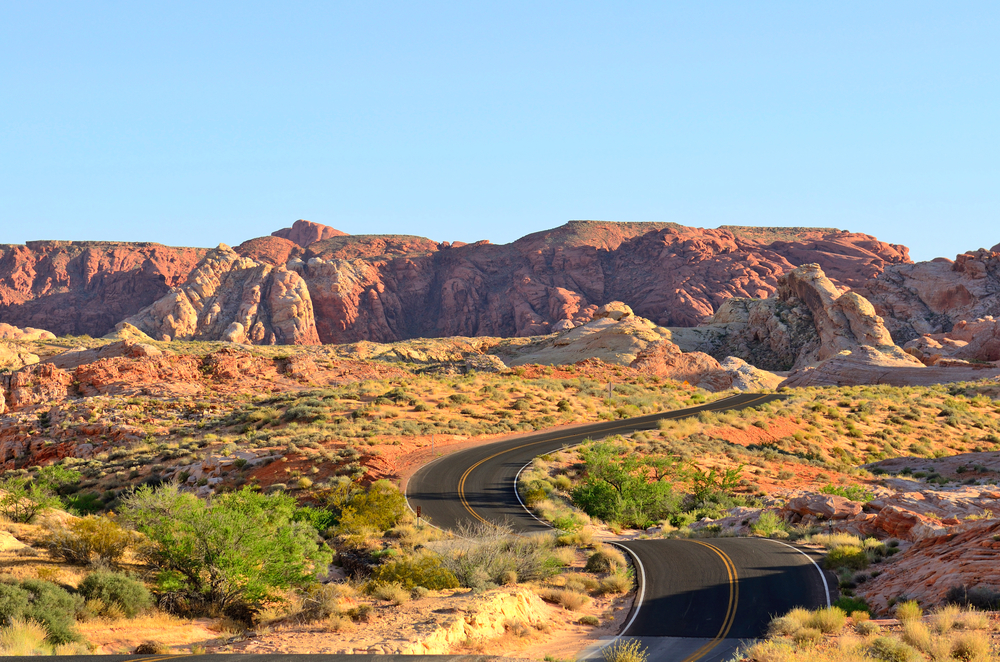 Few states felt the recession more strongly than Nevada, with its reliance on tourism and its collapsed housing market. After leading the nation in unemployment just a few years ago, Nevada now is a U.S. leader in new jobs. Nevada saw job growth of 3.4% in January, according to year-over-year data.

In 2012, Gov. Brian Sandoval challenged businesses to create 50,000 jobs by the end of 2014, and already the state has beat that goal by adding 60,700 new private-sector jobs. The service, government and construction industries have seen considerable growth in recent years.

The Silver State is known for its low tax burden — the state has no corporate income tax or personal income tax — libertarian laws and dry, hot climate. Nevada’s diverse economy is rooted in gaming, tourism, military operations, mining and agriculture. The state is the nation’s leading producer of gold, silver and mercury.

NerdWallet took a closer look at the impressive growth and recovery of this state, parsing out the cities that are on the rise. Our analysis examines the following growth metrics from U.S. Census data:

Cities on the rise in Nevada

Full ranking at the bottom of the page.

Whitney has shown incredible population growth of 43.2% over a three-year period. Median incomes also have risen significantly. The unincorporated community of Whitney, located outside Las Vegas, is home to the University of Nevada, Las Vegas’ Sam Boyd Stadium.

Many of Spring Creek’s residents commute to nearby Elko, another city on our list.  Nestled in the valley between the Elko Hills and the Ruby Mountains, Spring Creek features three large housing sections, a park and lake, outdoor sports complex and golf course. From 2009 to 2012, Spring Creek showed steady increases in all three growth metrics.

Fernley’s population has skyrocketed in recent years, and median incomes have risen, too. The city is revitalizing its downtown to improve accessibility and aesthetics. Fernley is home to an Amazon fulfillment center, the Reno Fernley Raceway, and there are plenty of recreation and entertainment options in the area, with activities ranging from boating to skiing and touring historic ghost towns.

Located on the Humboldt River, Elko’s incomes have risen by almost 10% over a three-year period. Elko is near the historic California Trail, and its economy is rooted in gold mining (the city is the capital of Nevada’s gold belt), ranching and tourism.

The young town of Enterprise was formed in 1996. The unincorporated area has shown significant population growth in recent years — from 2000 to 2010, the population increased a whopping 639%.  The area is home to the corporate headquarters of Allegiant Air.

Summerlin South, an extension of the master-planned community of Summerlin, is in Las Vegas Valley. The Summerlin South region has grown steadily in population and median income.

Located only two miles from the Las Vegas Strip, Spring Valley has seen steady population growth and income growth in recent years. This quickly developing region has a strong base of commerce as well as access to the outdoors and recreation at the huge Desert Breeze Park. Spring Valley is home to several celebrities, including tennis greats Andre Agassi and Steffi Graf.

Paradise’s population has grown nearly 10% from 2009 to 2012. This unincorporated town outside Las Vegas is home to McCarran International Airport and the University of Nevada, Las Vegas. The university makes a strong effort to enrich and improve the community, conducting programs like Delivering and Serving Home (DASH), where students make food for the city’s homeless population.

Pahrump has seen significant population growth — almost 14% — over three years.  The area is named for its artesian wells. Residents here can easily visit Death Valley National Park, which is just over an hour away.

The city that calls itself The Entertainment Capital of the World, has a robust economy built on tourism, gaming and conventions.  Although tourism slowed after the recession, Vegas has shown steady growth in population and income in recent years.  The city is known for fine dining, nightlife and gambling.

We evaluated 22 cities, towns and census-designated places (CDPs) in Nevada with more than 10,000 residents for this study.

A road image from Shutterstock.