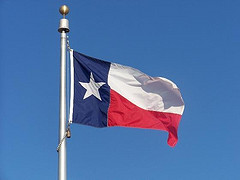 In business, population and income, there’s no doubt that Texas is on the rise. Texas experienced more high-paying job growth than the rest of the country over the last 13 years, according to new research from the Dallas Federal Reserve. The state has also been the top domestic immigration destination in the country since 2006, the Fed found. Businesses are coming to Texas in droves, hiring new employees and raising salaries for existing workers. Because of the migration and job growth, the Dallas-San Antonio-Austin economy now produces more than $700 billion in economic output per year, ranking among the biggest 25 economies in the world, according to an analysis from the Martin Prosperity Institute.

Our top Texas cities on the rise are spread across the state and include border towns, oil-producing regions and booming suburbs. Our analysis examines the following variables:

The Top 10 Cities on the Rise in Texas

The Woodlands, located about 30 miles north of Houston, is the fastest growing area on our list. Selected as a new home to ExxonMobil, the company’s new complex will house 10,000 employees when the campus opens near Springwoods Village, just south of The Woodlands, in 2015. This means that the 3.6% job growth from 2009-2012 isn’t an anomaly. ExxonMobil’s arrival will not only create jobs in the energy industry but also support fields such as retail, restaurants and construction. Infrastructure in the area is also getting an upgrade: a new section of Houston’s Grand Parkway will open in 2015 to ferry thousands more workers to The Woodlands each day. Schools in The Woodlands, served by the Conroe Independent School District, are adding more than 1,500 new students each year and two new elementary schools will open in the 2014-2015 school year. Already, the area hosts 60 companies with more than 27,466 employees, according to Gil Staley, CEO of the Woodlands Area Economic Development Partnership. Staley recently touted the growth in high-paying energy jobs during The Woodlands Chamber of Commerce 28th Economic Outlook Conference.

In Mansfield, strong population and job growth launched the city near the top of our list. The area’s population increased by 33.9% and the percentage of people employed increased by 5.6% from 2009 to 2012. Recently, Methodist Mansfield Medical Center announced plans to add 200 new jobs by creating a new wing of the hospital, and Chicago-based Klein Tools announced a plan to add 585 jobs in Mansfield when they open a new advanced manufacturing technology center in town. Klein chose Mansfield in part because of incentives from The Texas Enterprise Fund, which was created by Governor Rick Perry to entice businesses to relocate to Texas. Mansfield, located south of Fort Worth in Tarrant County, is part of the 10-county North Texas region expected to grow to as many as 12.3 million residents by 2030, according to Vision North Texas, a public-private-academic partnership committed to planning for growth in the region.

Incomes in Del Rio increased by 18.1% between 2009 and 2012, even while the number of jobs in the community grew by 10.4% during the same period. Located on the Texas-Mexico border on the banks of Lake Amistad, the second largest lake in the state, Del Rio is the county seat of Val Verde County. The city is also home to Laughlin Air Force Base, which employs 1,455 civilian local residents. Other major employers are federal agencies, the San Felipe Del Rio school district and Val Verde Regional Medical Center.  Border-crossings to Del Rio’s sister city of Ciudad Acuña, Mexico, are among the shortest of any border city in Texas.

Located in a rocky gorge in West Texas, Big Spring offers residents a chance to strike it rich. The discovery of oil in the Cline Shale, a 140-mile patch underneath Big Spring and its surrounding communities, potentially holds 3.6 million barrels of recoverable oil per square mile, making it the largest deposit in the United States.  Crews are continuing to explore the patch and with Big Spring being one of the largest towns in the region, people are moving in and salaries are going up. The median income increased by 14% between 2009 and 2012 and the population increased by 13.8% during the same period. Oil isn’t the only economic driver: jobs in manufacturing, wind energy and health care support the local economy. City officials and the Big Spring Economic Development Corporation are working on plans to help the community thrive in the coming months as workers stream in to take advantage of jobs in the Cline Shale.

Schertz’s strong employment growth won it a spot on our top 10 list: the percentage of residents in the workforce grew by 7% between 2009 and 2012, according to U.S. Census data. At the same time, the city’s population grew by 17.8% and median incomes increased by 4.8% to $37,558. Schertz is the largest suburb of San Antonio and is part of the Randolph Metrocom, a group of cities northeast of San Antonio with close ties to Randolph Air Force Base. Schertz is surely tied to the base: 24.2% of people employed in Schertz work for the government, according to U.S. Census data. Still, it’s private companies that are driving job growth in town: the Schertz Economic Development Corporation announced that GE Oil & Gas would add 175 new jobs to the community and hundreds of area workers have found jobs at the new Amazon fulfillment center located in town. The Schertz-Cibolo-Universal City Independent School District expects enrollment to increase by at least 600 students each year from now until 2022. Schertz isn’t just a great city for business but it tops for homeownership as well—it was NerdWallet’s number 5 pick for best cities for homeownership in Texas.

A winning combination of job growth and income growth secured University Park, an inner suburb of Dallas and home to Southern Methodist University, a place on our top 10 list of Texas cities on the rise. The percentage of employed residents grew by 9.8% between 2009 and 2012, one of the highest employment growth rates on our list. Median incomes increased by 6.3% during the same period. Small businesses thrive here: Southern Methodist University’s Caruth Institute for Entrepreneurship holds workshops for entrepreneurs to pitch their ideas to investors, earn a small business certificate and take more than a dozen classes in entrepreneurship.

Home to Texas A&M University, College Station’s growth is closely tied to the large research university. And that’s a good thing, because Texas A&M’s Center for Innovation in Advanced Development and Manufacturing is now the host of a national biosecurity center, which is estimated to create more than 6,800 new jobs and over $41 billion in expenditures within the State of Texas over the next 25 years. Cognizant Technology Solutions is relocating to College Station from New Jersey, and has pledged to create 750 new IT-support jobs in Texas. The city recently passed the 100,000-population mark, according to Morgan Hester, a staff planner for the City of College Station Planning and Development Services Department. The population growth is encouraging small business to open, and entrepreneurs can get help from the Research Valley Innovation Center, a science and technology incubator/accelerator formed by the Research Valley Partnership, Inc., which encourages economic development in the engineering, agriculture, animal health, energy and bioscience in the College Station region.

Mission’s population growth was 20.2% between 2009 and 2012, earning it a place on our top 10 list. Part of the McAllen-Edinburg-Mission metropolitan statistical area located on the Texas-Mexico border, Mission’s median age is 30 years old, younger than the statewide median age of 33.6 years old. The area’s largest employment field is trade, transportation and utilities, which accounted for 53,200 jobs in December 2013, according to the Bureau of Labor Statistics. The Greater Mission Chamber of Commerce encourages small business growth in town by hosting weekly meetings with entrepreneurs and experts from the University of Texas-Pan American Small Business Development Center Network where entrepreneurs can get help with business plans, financial projections and other small business start-up questions. Mission added more than 400 new jobs between 2012 and 2013, according to data from the Texas Workforce Commission and the Mission Economic Development Corporation.

This exurban community northeast of Dallas saw the median income for workers increase by 12.3% between 2009 and 2012, one of the highest income growth rates on our top 10 list. The city is also adding jobs: Fritz Industries will open a plant and offices in Greenville, creating 250 new jobs manufacturing products for the oil industry. The relocation also got assistance from the Texas Enterprise Fund, which also helped secure a new plant in Mansfield, our number 2 pick. Greenville’s population hasn’t exploded like other Dallas suburbs, but planners expect it’s the next area to take off. In anticipation of the growth, planners are considering building a toll road to connect Greenville with Wylie, which will make it easier for commuters to navigate to jobs in the north Dallas region.  To prepare workers for new companies that might relocate to the region, Greenville offers workforce training at the Paris Junior College Greenville Campus, and the North Texas Workforce Solutions Greenville Workforce Center.

This city located near the Gulf of Mexico and the Louisiana-Texas border had the state’s highest median income growth from 2009-2012: a whopping 51.2% increase to $16,748 per year. The increase in income is likely due to job growth in the area from the Haynesville Shale, an oil deposit that lies beneath Nacogdoches and other East Texas and Western Louisiana communities. In response to the growing demand for skilled oil and gas workers, the Economic Development Corporation of Nacogdoches partnered with nearby Angelina College and Panola College to offer a petroleum technology degree program at the Nacogdoches Technical Training Center to ensure that local workers from Nacogdoches and surrounding areas can benefit from the oil boom. The Economic Development Corporation also offers an entrepreneurship certification program and small business loan program to encourage local residents to start small businesses in the community. See below for our full ranking.

We evaluated 126 cities, towns and census-designated places (CDPs) in Texas for this study, excluding the following places due to lack of data availability for all three variables: West Odessa CDP, Little Elm, Leander, Kyle, Corinth and Fort Hood CDP.

Cities on the Rise in Texas – Full Ranking