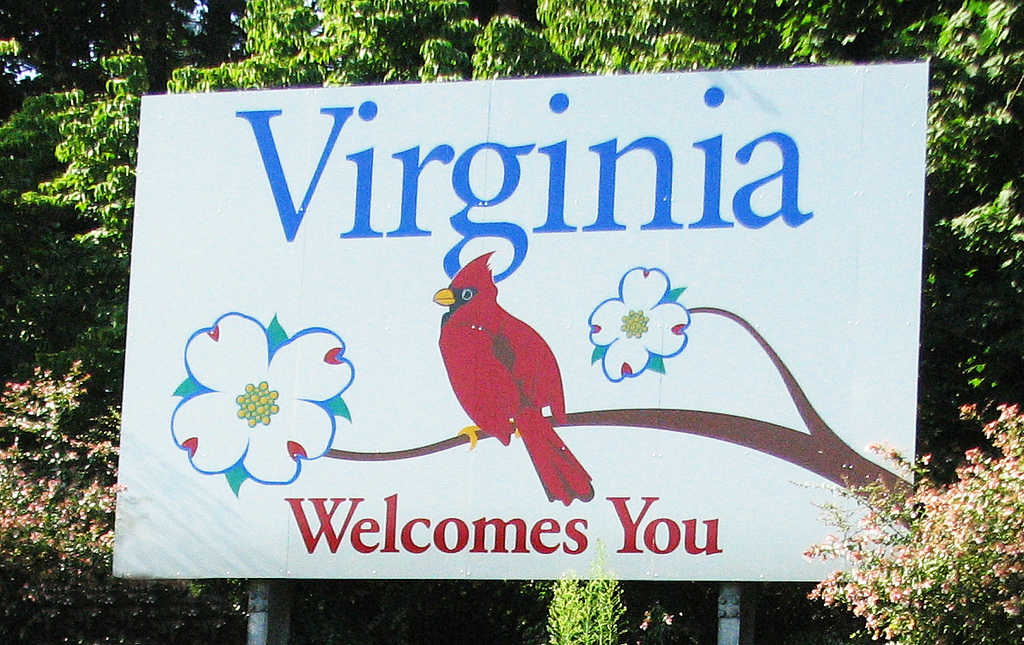 Virginia has added jobs nearly every month since January 2010 and five northern Virginia counties are among the wealthiest in the nation. Jobs in government, defense, technology, science, agriculture and healthcare make Virginia one of the most desirable states in the country. And for outdoor-lovers, Virginia’s got it all: mountains, beaches, forests and rivers are just a few of the places Virginians go to unwind. From bustling Washington, D.C. suburbs to regional business hubs to small town powerhouses, Virginia’s fastest-growing cities show off the diversity of the state.

Nearly all of the fastest-growing cities had at least one university in town and many offer grants and services to small businesses to encourage economic development in the community. Our analysis examines the following variables to determine which areas are experiencing the fastest growth:

The Top 10 Fastest-Growing Cities in Virginia

Set in the Blue Ridge Mountains in northwestern Virginia, Harrisonburg’s 32.1% income growth, plus growth in population and jobs sent it to the top of our list. The area has a farming tradition, but science and academics are now leading industries in town. DBT Data operates a cyber integration center in Harrisonburg and SRI International, a bioscience research corporation, recently expanded its offices in town. The area is also home to James Madison University, which has an enrollment of more than 18,000 students per year. City planners project that Harrisonburg will claim more than 60,000 residents by 2030. In preparation for new residents and future growth, the city is following its Harrisonburg Downtown Renaissance plan to make downtown Harrisonburg a destination for the region and an engine of economic growth. The whole city’s pitching in- volunteers have logged more than 85,000 volunteer hours so far on the project.

Fredericksburg’s mix of population and job growth earned the city the #2 spot on our list. The city’s 9.1% increase in the number of employed residents was the fastest in the state between 2009 and 2012, according to data crunched by NerdWallet. That may be due to new companies relocating or expanding in Fredericksburg, including 725 new jobs at the GEICO Insurance offices in town. The city saw 19 new businesses open their doors in the fourth quarter of 2013, according to the economic development department for the City of Fredericksburg. New and old businesses alike can get help from the University of Mary Washington’s Small Business Development Center, which offers management training, demographic and market research assistance and other resources of the university community. Located on the I-95 corridor, Fredericksburg sits about 60 miles south of Washington, D.C. and within commuting distance of many large DC-area suburbs. For jobs closer to home, the University of Mary Washington employs more than 600 local residents and serves more than 4,000 students.

Nestled into the New River Valley and home to Virginia Tech University, Blacksburg residents saw a 25.5% increase in income between 2009 and 2012, boosting this town to the third spot on our list. Some of that income growth can be attributed to new jobs at the Virginia Tech Corporate Research Center and the Falling Branch Corporate Park in nearby Christiansburg, which house dozens of businesses primarily focused on science and technology. Virginia Tech University also partners with local businesses to offer research expertise and to help commercialize research projects started on campus. Alumni are also staying in town to start businesses: since 2010, at least 12 alumni have started businesses that have generated $13 million in economic growth for the community, according to the university.

Our fourth fastest-growing city, which saw significant population and income growth between 2009 and 2012, is the quintessential college town. The city is anchored by the University of Virginia, which is the town’s largest employer, and located just a few miles from the legendary drives on the Blue Ridge Parkway. Along with good jobs, the university also shares the talents of its students. Through the selective i.Lab incubator program, which was launched by the Darden School of Business and the Batten Institute for Entrepreneurship and Innovation, selected students, faculty and local residents can get help with early stage businesses and turn their ideas into revolutionary new companies, serving both Charlottesville and the wider world. Charlottesville is also a major tourist destination for people looking to connect to one of America’s Founding Fathers, Thomas Jefferson. Jefferson’s home at Monticello, along with a burgeoning wine industry, attract thousands of visitors each year to Charlottesville’s boutiques, specialty stores and restaurants.

Centreville’s 43.6% increase in the working-age population between 2009 and 2012 earned it the number 5 spot on our list. The census-designated place, located off I-66 in northern Virginia and due west of Washington, D.C., added more than 17,000 new working-age residents during that three-year period. While there are certainly job opportunities in Centreville in technology, logistics or healthcare, a large number of residents commute to jobs throughout the Washington, D.C. region. Nearly 20% of residents work in government service, according to the U.S. Census Bureau, and residents are highly educated: 53.1% of residents have a bachelor’s degree or higher.

Lake Ridge earned the number 6 spot on our list because its working-age population grew faster than any other place in Virginia between 2009 and 2012. More than 10,000 working-age adults moved to Lake Ridge during that time, putting the working age population up over 32,000. This census-designated place is located near the city of Woodbridge in Prince William County, one of the fastest-growing counties in Virginia according to demographers at the Weldon Cooper Center for Public Service at the University of Virginia. Lake Ridge offers a blend of rural and suburban life, all within an hour of downtown Washington, D.C. Because of the fast growth, local services in Lake Ridge are struggling to cope: Prince William County is considering new libraries and schools for Lake Ridge and its surrounding communities, as the current facilities are overcrowded. There are still plenty of spots to find open space, however. For a relaxing hike or picnic, Prince William Forest Park is just 13 miles south, and Occoquan Regional Park has boat launches and kayak rentals for fun on the water.

7. Staunton
It was Staunton’s job growth that earned this central Virginia town a spot on our list. About an hour’s drive west of Charlottesville, Staunton has a small town feel with a thriving business culture. More than 180 new jobs were created and 33 new businesses opened their doors during the 2012 fiscal year alone, according to the Staunton’s economic development team. The city is also helping to grow jobs among creative workers through the Staunton Creative Community Fund, which invests in local entrepreneurs and early-stage non-profit community groups. The city offers year-round arts and culture: it’s home to the American Shakespeare Center, hosts the Staunton Music Festival and a summer jazz festival, and it’s the new home of the Heifetz International Music Institute.

Reston’s growth in jobs, income and population earned this census-designated place a spot on our list. Located just outside the Capital Beltway, Reston offers great schools, big houses with large yards, high-end shopping and manageable commutes to downtown Washington, D.C. Reston was originally built up in the 1960s and has grown into a destination of its own. Large companies including Microsoft, SAIC and Sallie Mae have large offices in Reston and the city will have two Metro stops on the new Metro Silver Line opening in the near future. Planners predict that the new Metro stops, along with a new city plan that calls for more pedestrian and bike-friendly city spaces, will keep Reston growing for years to come.

Virginia’s state capital saw population, job and income growth between 2009 and 2012, earning it a spot on our list. While the city has been a source of government jobs and political intrigue for generations, it’s undergoing a major revitalization. Mayor Dwight Jones’ downtown revitalization plan includes a new baseball stadium, hotels and condominiums, shopping area and historical memorials acknowledging the city’s history of slavery. There’s also redevelopment happening in the city’s Arts and Culture District, including a $3.66 million renovation of vacant buildings into apartments and workspaces. This should help accommodate Richmond’s growing working-age population, which increased by nearly 6,000 residents between 2009 and 2012, according to the U.S. Census Bureau.

One of the Washington, D.C. region’s most desirable suburbs, Fairfax’s job and income growth earned it the 10th spot on our list. Fairfax residents have their pick of jobs in the D.C. region, and the city is located at the end of the Metro’s Orange Line. And wherever they work, Fairfax residents earn a lot: the per capita income for workers increased by 6.2% to $45,559 per year between 2009 and 2012, making Fairfax one of the wealthiest areas in the country. To encourage more growth and keep the character of the community, Fairfax is investing in its downtown, small businesses and corporate corridor. Through a partnership with nearby George Mason University, Fairfax offers an economic development incubator program called MEC-Fairfax, which is designed to turn home-based businesses into local powerhouses. MEC-Fairfax is the largest university-based business incubator in the state.

2. Employment growth from 2009 to 2012 made up 33.3% of the total score. Data for the percent of employed residents comes from the 2012 U.S. Census American Community Survey 3-year estimate for all places in the state, Table CP 03.

We evaluated 42 cities, towns and census-designated places (CDPs) in Virginia for this study. Herndon and Linton Hall CDP were excluded for lack of data availability for all metrics.