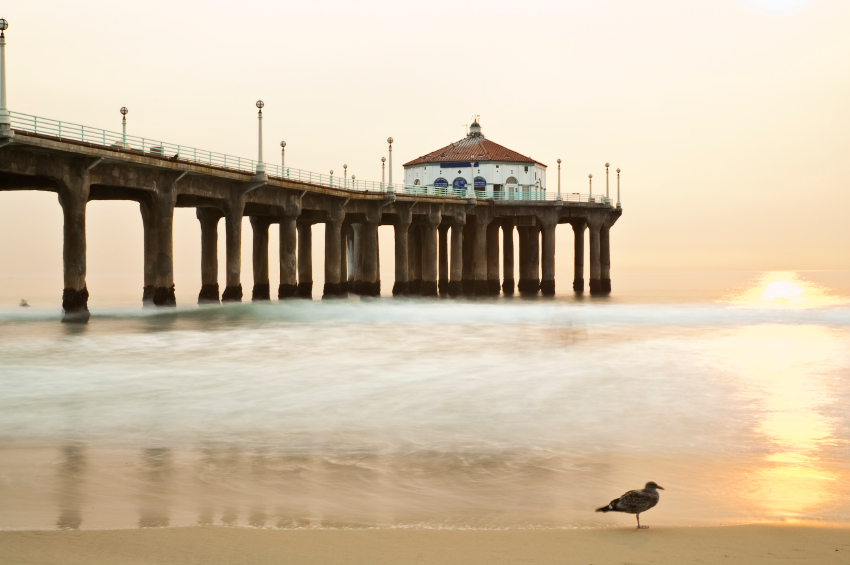 How big would your paycheck need to be to make you feel secure these days — or maybe even a bit wealthy?

In most places, it’s probably far larger than the U.S. median household income of $52,250 a year, which was echoed by a widely circulated Pew Research Center study.

Pew researchers tried to capture how Americans define upper-middle or upper class. They found that 40% of respondents who put themselves in the higher classes had an annual household income of $100,000 or more. Likewise, U.S. Census Bureau data show that households earning over $100,000 represent the top 20 percent of all earners in America.

So where do all of these high earners live? In the urban powerhouses of New York, Los Angeles or Chicago? Or scattered across the highest-cost-of-living states like Alaska, California or Hawaii?

When NerdWallet analyzed census income data for 1,601 U.S. cities, we found 57 cities where over 50% of households have incomes at or above $100,000. These cities were clustered in suburban communities in Washington, California, Texas and Tennessee.

Suburbia rules. Communities with a majority of high earners are concentrated on the periphery of large cities.

Wealth in the West. Over half of the cities on our top 20 list can be found along the Pacific Coast, and most are in California.

Boom times. Cities near Silicon Valley and Dallas also stand out as high-income spots, perhaps owing to the strength of their local economies. Dallas is projecting a $53 billion increase in personal incomes from 2014 to 2019.

How does your family’s paycheck compare? See our full-list below:

Cities with the highest percentage of households earning over $100K

This Seattle-area suburb claims the top spot in the “$100K Club” with 73.7% of its households earning $100,000 or more. Wages among Sammamish residents are bolstered by nearby employers that include Microsoft, Boeing and Amazon. According to Glassdoor, the salary for a software development engineer at Microsoft averages $104,000 a year.

This small Southern California community is on our list for the 73.4% of residents who make over $100,000 a year. And incomes continue to climb beyond that with 41.5% of La Cañada Flintridge residents making $200,000 or more. It’s far more expensive to live here, with home values over $1.4 million, according to Zillow, than in Washington’s Sammamish, where the average home value is $682,100. La Cañada Flintridge’s income levels are driven by Caltech, a private research university that’s also the home of NASA’s Jet Propulsion Laboratory and over 5,000 employees.

Bordered by Dallas on all four sides, this affluent community boasts an easy commute and close proximity to Southern Methodist University. Here, residents commute 16.3 minutes on average, far below the national average of 25.7 minutes. This convenience coupled with small-town charm makes University Park an attractive community for residents who can afford the median home price of $1,415,000.

Located at the western boundary of Silicon Valley between the Santa Cruz Mountains and San Jose, Saratoga offers a unique mix: tech jobs, suburban convenience and open spaces, such as Big Basin and Castle Rock state parks. Here, 44.6% of residents make over $200,000 a year.

High earners in Southlake are the majority of residents: 71.2% of households make over $100,000 a year. Homebuyers seek out Southlake for its plentiful shopping opportunities and high-performing public schools, with an eight-time state champion high school football team.

Like Southlake, Colleyville is a suburb in the massive Dallas-Fort Worth metro area. Here, more than 67% of households earn over $100,000 a year. Colleyville’s affluence is supported by a strong emphasis on economic development, including the still-growing 12,847-square-foot Colleyville Stampede Shopping Center.

Los Altos made our list with 66.6% of households there earning over $100,000 a year, which is impressive for a town whose largest employer is the school district. Residents here who work at places like Google and LinkedIn in nearby cities vault this community to the top of any highest-earning list. Its small downtown hosts a popular farmers market and a yearly art and wine festival that is among the largest summer events in the San Francisco Bay Area.

Manhattan Beach, a picturesque beach town southwest of Los Angeles, has experienced rising home values, with beachfront properties routinely selling for over $10 million. In Manhattan Beach, 65% of households earn $100,000 or more a year.

Brentwood stands out on our list as affordable in comparison with others in the $100K Club — with average home values at $552,400, this city’s housing costs are among the lowest on our list, according to Zillow. The combination of a lower cost of living and high-income households creates an excellent quality of life in this Nashville suburb. Although the city is mostly residential with only 5% of land zoned for commercial use, several companies, including the Tractor Supply Co., have made Brentwood home.

In this Chicago suburb with enviable access to the shores of Lake Michigan, 51.1% of households earn over $150,000 a year, and homes are valued at $832,50o. It is considered among the most affluent places in America with an average income of $147,162 a year, according to census data.

Use your cursor to hover over each place, then click for more information.

Using data on household income from the 2013 American Community Survey, we found the percentage of households making over $100,000 in each city.

Then we ranked cities by this percentage. To gain a better understanding of income, we found the percentage of households making over $150,000 and $200,000 as well, but these factors weren’t included in our ranking.

Our chart contains 100 cities; some places are tied in the rankings with others because of data limitations.