As someone responsible for helping manage NerdWallet’s internal knowledge and tools, including its smartphone app, Graham Ober knows credit cards. He applied for The Platinum Card® from American Express in 2013. Since then, the card has given him access to exclusive airport lounges, and the services available to cardmembers helped him plan a Christmas vacation to the Caribbean.

A generous temporary welcome bonus at the time enticed him to apply. “That was the thing that pushed me over the edge to get it,” he says.

But the $550 annual fee has him periodically re-evaluating whether the card is right for him.

The Platinum Card® from American Express offers a rather mundane 1 Membership Rewards point per dollar spent on anything, redeemable for such things as travel and merchandise. It also has a good-size welcome bonus: Earn 60,000 Membership Rewards® points after you use your new Card to make $5,000 in purchases in your first 3 months. Terms Apply.

But the value of the card lies less in its spending rewards and more in its built-in perks. They include a $200 credit annually toward the cost of incidentals at an airline of your choice, including baggage fees and in-flight food purchases. The card offers Hilton Honors Gold status and Gold Elite status in Marriott Bonvoy, access to Centurion Lounges, Delta Sky Clubs and Priority Pass Select airport lounges and reimbursement for the application fee for speedy-security-line programs TSA PreCheck or Global Entry.

We asked Ober how he uses his card.

How do you use the card in your daily life?

The short answer is that he doesn’t. Ober says he doesn’t view The Platinum Card® from American Express as a typical credit card. “I think of it more as a membership where I have benefits, rather than something I am purchasing things with,” he says. 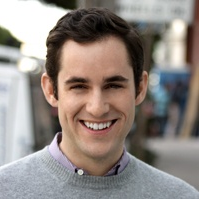 As a credit card optimizer, Ober wants to use the right card for each purchase in order to rack up maximum rewards. Because some of his other cards give him more valuable spending rewards than the The Platinum Card® from American Express, he charges things on it only when there’s a special promotion.

“Otherwise, I do not put any spending on it,” he says. “I try never to spend a dollar on a credit card that’s not a multiplier.” That’s one that delivers more than 1 point per dollar spent.

The main attraction — and the card’s distinguishing feature for Ober — is free access to the luxurious American Express Centurion airport lounges. An oasis from the airport hubbub, Centurion doesn’t have many lounges at U.S. airports (just seven, in fact). However, one of them is located in San Francisco, where Ober lives, and another is in Miami, where he flies often to see family.

“Those two lounges make the flying process a little bit less stressful,” he says. He adds that he’s less than thrilled with the lounges of big network airlines.

Do you use other card perks?

“I have used the Platinum concierge quite a bit,” he says. He once used the service to help plan a family vacation to Jamaica. He experienced one communication hiccup when actually booking the trip, but overall “it was pretty good,” he says.

Ober also uses the concierge service for on-the-fly restaurant reservations. That usually works out better when he already knows where he wants to dine, rather than relying on the concierge to choose a restaurant, he says. And he’s used the service to buy concert tickets, best when a large show is likely to sell out. “I found them helpful for that,” he says.

He’s familiar with the many other perks of the card, such as rental car upgrades and hotel elite status, but he sees them more as “marketing hype” than as having real value for him. “I don’t see that the Platinum card has ever made a difference there,” he says.

How else do you justify the $550 annual fee?

He sometimes uses the credit to buy extra-legroom seating or in-flight meals, he says.

Because he realizes he’s spending the credit on things he might not otherwise buy, he’s conflicted about whether that truly mitigates the cost of the card. “The annual fee does offend me a bit,” he says.

He did take advantage of the $100 reimbursement for his Global Entry application fee. Global Entry, good for five years, is a federal trusted-traveler program that allows you to go through expedited security and customs lines at the airport. So that further offset part of one year’s annual fee.

What other cards do you use?

In order to maximize his rewards, Ober will often opt for other cards when making a purchase. He’ll use the Chase Sapphire Preferred® Card for travel and dining, the Chase Freedom® for its 5% cash-back bonus categories or a flat-rate travel card. He concedes that he’s getting weary of worrying about what card to use for which purchases.

Ober often compares The Platinum Card® from American Express with other premium travel cards with similar travel benefits. And he questions whether he needs a top-tier travel card at all.

So far, he has stuck with The Platinum Card® from American Express, mostly for the Centurion Lounge access. But because of the hefty annual fee, Ober says, the card must continually justify its spot in his wallet by offering enough of the perks he cares about.