Cutting the cord can save you money as long as you go into it with the right mindset. If you’re aiming to completely replace your cable channels or to have every episode of every show at your fingertips, you likely won’t end up with significant savings.

Regardless of whether consumers have bundled internet and television service or not, they spend on average about $103 per month on pay TV, according to Leichtman Research Group. So there are surely savings to be had if you’re willing to make some sacrifices.

You can often save money by trimming your cable package or cutting the cord completely. You’ll likely find cheaper cable prices advertised, but keep in mind these don’t include extra taxes, fees and equipment rentals, which can bloat your monthly bill.

If you have a bundle package, with TV and internet or home phone service, you may end up paying relatively more for the internet-only portion when you remove cable, especially if you’re still paying the promotional bundle price.

If you‘re getting rid of cable altogether, shop around to make sure you get a good deal on your internet-only service and that you purchase enough bandwidth for everyone in your household to stream their shows.

Time for more strategizing. Just like when shopping for a cable package, think about your must-haves. How highly do you value watching live sports or catching the latest episodes of your shows right when they air? There are myriad on-demand streaming services, but they usually lack access to live TV and up-to-date episodes.

If live cable channels are a must, you’ll want to prioritize services like Sling TV, Playstation Vue and DirecTV Now. These options are generally more expensive than other streaming services but can still come out to much less than the average cable bill.

The basic Sling TV package of around 30 channels is $20 per month. Playstation Vue starts at $49.99 for around 45 channels (although as of this writing it has a promotional price of $39.99). DirecTV Now’s smallest package runs $35 a month for about 60 channels. These packages include channels like ESPN, AMC, HGTV and Cartoon Network — but obviously you won’t get everything in every package.

These are all newer services, so there might by some content delivery hiccups to work out. However, they all promise no hidden fees on top of the advertised price and easy cancellation, in contrast to many people’s experiences with cable.

And don’t forget, you can still receive your local broadcast channels live in high definition with a digital antenna. You might be able to get away with broadcast TV for the bigger events you want to watch live and cheaper streaming services to round out your options.

Those cheaper services — like Netflix ($7.99 per month), Hulu ($7.99 per month) and Amazon Prime Video ($8.99 per month) — don’t have live channels, but they do have large libraries of TV episodes, feature films and documentaries on demand. You’ll want to look into what each one has to offer and, again, prioritize your subscriptions rather than signing up for everything.

If you can’t live without Netflix’s original series, there’s an easy answer. But if you need to catch every episode of “Game of Thrones” the night it airs, you might have a more difficult decision. HBO Now lets you watch episodes immediately when they air, but it’s $14.99 per month. It has a (relatively smaller) library of other movies, HBO shows and stand-up comedy specials, but if you’re not interested in those, then $15 per month might not be worth it.

For now, companies like Netflix and HBO are relaxed about paying subscribers sharing their login information with other people, though there may be limits on how many screens you can watch simultaneously.

Let’s look at a hypothetical situation. A Spectrum promotion offers around 175 channels and 60 Mbps internet for $110 per month. The internet service alone costs $45 per month. Note that these promotional prices are only for a certain period and don’t include taxes or fees. (You might even be able to find cheaper internet-only service if you don’t need that much speed.)

Say you cut the cable TV part of Spectrum’s service and sign up for something like the basic DirecTV Now package ($35 per month), recovering 60 of those channels, plus Netflix ($7.99 per month) for access to extra movies and shows.

Now you’d be paying approximately $88 per month, not including taxes or fees. You’d have access to live TV and a good amount of on-demand content. You might miss those extra channels, but you’d be saving $264 a year.

Remember, you’ll likely need to downsize your entertainment options to save money. Also keep in mind what else you’re getting with subscription streaming: on-demand entertainment and no extra cable charges. You watch when you want and won’t have to worry about the price inflating when your promotion expires.

Cutting the cord might not work out for everyone at the moment. Streaming video over the internet is quickly becoming the norm, but for now 82% of households still pay for TV through cable or satellite. There’s good reason for it: Streaming services have yet to completely replace traditional pay TV at a reasonable price. Until they do, you’ll have to live with the expensive cable bill or reduced entertainment options. 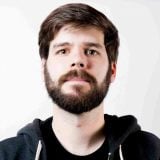 Stephen Layton is a former personal finance writer for NerdWallet. His work has appeared in USA Today and the Christian Science Monitor. Read more