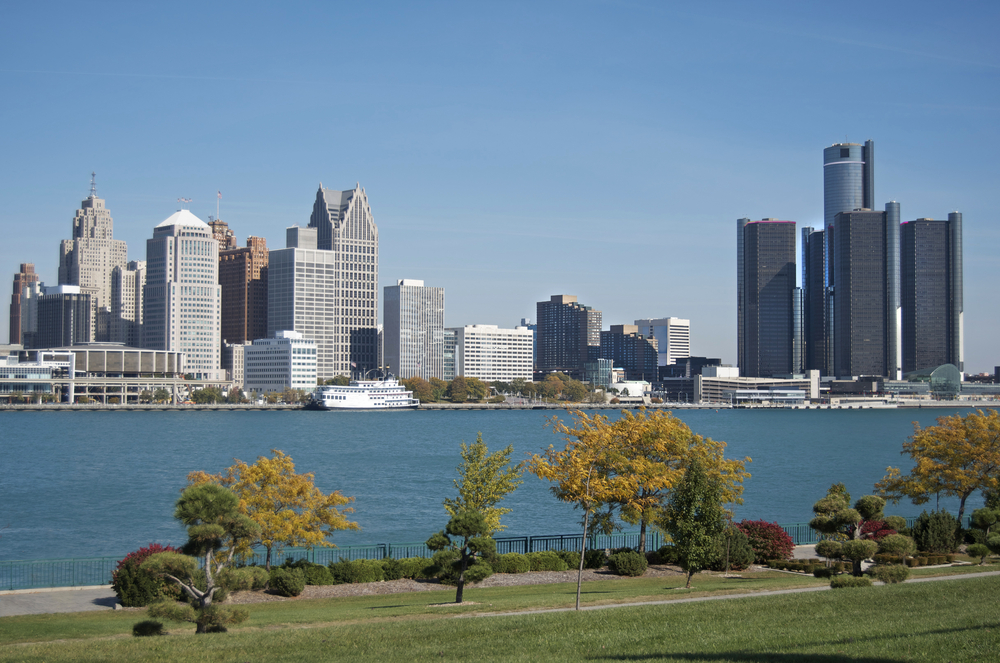 Bad weather, traffic conditions, high crime rates, local laws and congestion all contribute to high car insurance costs. That’s why drivers in some parts of the country will face higher car insurance premiums. But who has it the worst? NerdWallet crunched the numbers and found the cities with the highest car insurance rates.

Even so, drivers can lower their rates by comparing insurance carriers and searching for discounts.

Here are the most expensive cities for car insurance in the U.S:

Cities with the most expensive car insurance

The Motor City is known for its cars, but its car insurance premiums are the highest in the nation. In Detroit, drivers face high rates because of the city’s high crime rate and Michigan’s no-fault insurance system. Under state law, insurance companies must pay medical expenses, lost wages and property damage regardless of who caused an accident. The system is intended to reduce litigation costs and ensure prompt claim repayment, but many complain that costs have ballooned because lawmakers have not set a cap on claim awards.

Annual premiums in New Orleans might look cheap compared to Detroit, but the average annual cost still equals about 12 percent of the city’s median household income, according to census figures. Residents commute 22.8 minutes to work on average, and New Orleans has some of the worst maintained roads in the country. Also contributing to high rates is a state law that also allows drivers to directly sue insurance companies after an accident. In Louisiana, juries only decide claims exceeding $50,000. The rest go before a judge or are settled.

Like Michigan, New Jersey also has a no-fault insurance.  In addition to state law, Newark’s high insurance rates may result from its close proximity to New York and New Jersey’s snowy winters. Newark drivers have an average commute of 31.3 minutes to work, which is a bit higher than the national average, 25.4 minutes.

New Jersey residents enrolled in Medicaid can save money under the state’s special Automobile Insurance Policy (SAIP). SAIP provides low-cost car insurance to those who might not be able to afford it, though it only covers post-accident medical costs.

Louisiana’s capital is smaller than New Orleans by 130,000 residents, and drivers save nearly $1,000 yearly on their average premium. But locals endure traffic congestion and roads in disrepair, and the average cost still accounts for about 8.6 percent of the city’s median household income, according to the U.S. Census.

Hialeah is a major commercial center in Miami-Dade County and its drivers pay the highest premiums in Florida. One reason for Hialeah’s high premiums is that Florida has no-fault insurance laws and frequent hurricanes.  Since Hurricane Andrew in 1992, Florida has been hit by seven major hurricanes.

Nestled between Newark and New York City is Jersey City. Drivers must deal with many of the same traffic issues – notably high congestion — and often face icy winters. The city, however, is much wealthier than Newark, and the average premium accounts for only 5.6 percent of the median household income in Jersey City. On average, residents travel 35 minutes to work.

Although Louisville has mild winters compared to Detroit and Newark, Louisville, like all of the other cities on this list, resides in a state with no-fault car insurance laws. Louisville, according to Neighborhoodscout.com, is more dangerous than 83 percent of U.S. cities, and has an especially high number of auto thefts.

Miami is in a state with no-fault insurance and it is also victim to hurricanes, but according to a few studies, Miami also seems to have bad drivers. Miami suffers from extreme congestion and was ranked as the city with the rudest drivers in the U.S. According to an Allstate study Miami has the ninth worst drivers in the U.S., meaning that they have a 58.4 percent greater-than-average accident frequency.

To find the average car insurance rates of the 125 largest cities in the United States, we used the profile of a 26-year-old male without any history of accidents, insuring a 2012 Toyota Camry with extended coverage (100/300/50 with a 500 deductible). In calculating averages for each city, we only used zip codes within city limits and not in the city’s metro area.