At NerdWallet, we strive to help you make financial decisions with confidence. To do this, many or all of the products featured here are from our partners. However, this doesn’t influence our evaluations. Our opinions are our own.
NerdWallet is a free tool to find you the best credit cards, cd rates, savings, checking accounts, scholarships, healthcare and airlines. Start here to maximize your rewards or minimize your interest rates. NerdWallet 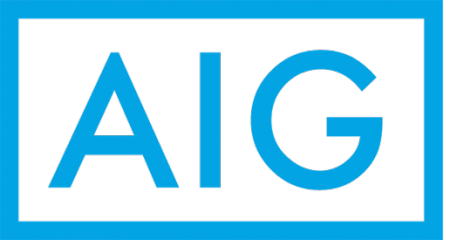 AIG is one of the biggest insurers in the world, serving 90 million customers in about 80 countries. The insurer became a symbol of the U.S. financial crisis in 2008 when the government bailed out the company for $182 billion in exchange for an equity stake. AIG restructured, repaid the money plus interest, and the U.S. Treasury sold off the last of its shares in the company in 2012.

Consumer complaints: Worse than the median

AIG drew more than the median number of complaints to state regulators in 2017 for a company of its size, according to the latest data from the National Association of Insurance Commissioners.

The association assigns a complaint ratio score to insurance companies, based on the number of complaints to state insurance regulators, adjusted for market share. The median score is 1, and a score higher than 1 means more complaints.

The average score, weighted for market share, for AIG’s life insurance subsidiaries was 2.2 in 2017 for individual life insurance.

AIG scored among “the rest” of companies (the lowest possible score) for customer satisfaction in the 2018 J.D. Power U.S. Life Insurance Study. The insurer ranked No. 22 overall out of 23 companies included in the survey.

Term life: AIG’s Select-a-Term and QoL Flex Term both offer 18 different term possibilities — 10 years, any length from 15 to 30 years, or 35 years. The QoL Flex comes with the ability to access the death benefit if the insured has a critical illness while the policy is still in effect. Both term life policies can be converted to permanent coverage at any time during the term.

Permanent life insurance: AIG offers guaranteed-issue whole life policies of $5,000 to $25,000 for applicants ages 50 to 85. The application involves no health questions or medical exam. The company also offers several universal, index universal and variable life policies. The policies have varying potential to accumulate cash value. Two index universal life policies come with the ability to access the death benefit if the insured has a critical illness.

A Guide to Who Needs Life Insurance

A Guide to Who Needs Life Insurance

MORE COMPANY REVIEWS:
We want to hear from you and encourage a lively discussion among our users. Please help us keep our site clean and safe by following our posting guidelines, and avoid disclosing personal or sensitive information such as bank account or phone numbers. Any comments posted under NerdWallet's official account are not reviewed or endorsed by representatives of financial institutions affiliated with the reviewed products, unless explicitly stated otherwise.