You likely have heard of juggernaut smartphone apps Lyft and Uber. These ridesharing companies have pulled in carloads of money. Given that explosive growth, they’re hardly the only such apps out there anymore. Startup after startup is clamoring for a piece of the “sharing economy” pie.

These nine new rideshare apps are taking aim at the market, each with its own twist:

Via’s specialty is low rates for shared rides, starting at only $2.95 to $5, plus tax, for single trips. But where it really shines is in its plans for regular commuters. Riders can select ViaPass with weekly or monthly plans that provide multiple rides per day, for a set, flat rate. This varies by city: a 7-day pass for four rides per day in Manhattan is $63, plus tax, while a 7-day unlimited pass in Washington, D.C., is $25.

Wingz started with prescheduled drives to and from the airport — and still specializes in that. But now, it provides prescheduled rides wherever you need to go. The best part? You can lock in the price upfront. Users can schedule rides for up to two months in advance and modify their booking if needed.

Juno, available only in New York City, says treating its drivers better means drivers treat you better. Juno — which recently was acquired by fellow ridesharing company Gett — accepts only the highest-rated drivers from Uber and Lyft, and promises 24/7 live phone, email and text support to both drivers and customers.

Safr — a newly rebranded app formerly called Chariot for Women and then SafeHer — was created to combat violence in the rideshare space and provide an alternative platform geared toward women. All drivers undergo background checks and riders can select the gender of their driver to suit their comfort level. According to the Safr website, drivers also are paid above the industry standard to spur stellar service. Safr monitors each ride to ensure passengers and drivers arrive safely at their destinations, and passengers can push an “SOS” button in the app to call for immediate assistance if they feel unsafe.

HopSkipDrive offers safe, scheduled ridesharing for kids. When you request a ride for your son or daughter, you’ll be matched with a CareDriver with a minimum of five years of child care experience. Your child can exchange a special code word with the driver before getting in the car to ensure he or she is the designated CareDriver, and you’ll be able to track the ride with live updates.

If you like to plan ahead, Summon — formerly known as InstantCab — is your app. You can schedule a ride in advance via your phone or computer, and see details about your driver and a fare quote. The app even lets you select your favorite chauffeur. And, in a unique twist, riders also can choose on-demand rides from a taxi or personal car, with prices based on trip distance and time.

For those who prefer the classic yellow cab, some apps work exclusively with taxis. Arro connects riders with one at the push of a button. Plus, it will set up automatic payment on your phone — and it can even pay for a taxi you’ve hailed without the app.

Fasten — which was created in Boston and launched later in Austin in the wake of the temporary departure of Uber and Lyft — claims to have “the highest rating and vehicle standards in the industry.” The company prides itself on showing price estimates in advance and updating your fare live during the ride. Plus, Fasten says that since it charges drivers a flat fee per ride, as opposed to a percentage of the trip fare, rates are lower for riders.

Waze launched as a community-based navigation app giving live updates on road hazards, accident warnings and upcoming speeding traps on your route. Now Waze is hopping into the carpool game, starting with commuter routes in California. Just tell the app where you live and work and get a ride from a Wazer with a similar commute, up to two times a day. Prices are preset, based on the cost of gas, and are shared by the riders and driver. When the ride’s over, Waze Carpool automatically transfers the payment from the rider to the driver. 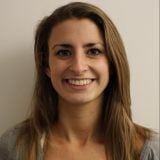 Nicole Arata is a former personal finance writer at NerdWallet. Her work has been featured by Yahoo Finance and the Los Angeles Times. Read more