A few weeks after Southwest Airlines finally began service to Hawaii, the dust from those introductory $49 fares is settling and we’re getting a sense of what Southwest’s Hawaii service will look like in the long term.

Here’s how it’s played out so far.

» Learn more: What to do if your 737 Max flight was grounded

But it is possible the 737 Max news will affect future flights in the form of higher prices. Southwest has 34 Boeing 737 Max planes, more than any other U.S. airline. (American has 24 Boeing 737 Max 8s, and United has 14 Max 9s.) The grounded aircraft make up nearly 5% of Southwest’s total fleet. That means Southwest potentially has an expensive problem on its hands, and any costs could get passed along to travelers in the form of higher fares.

$49 fares are gone, but West Coast deals are still available

The day Southwest began accepting reservations on Hawaii flights, heads were spinning. Fares started as low as $49 each way. The best deals disappeared in a matter of hours, as deal hounds who’d been eagerly waiting to book leaped into action.

» Learn more: Which Southwest credit card should I get?

Flights from the West Coast are still appealing in some cases. A midweek, one-stop flight in May from Los Angeles to Maui priced at $275 round-trip when we checked just prior to publication. Weekend round-trip travel in May was available for as low as $426, which is excellent considering that the big carriers often charge about $550 round trip during an off-peak month.

Move into peak summer travel season and fares go up, but they’re still pretty good compared with the roughly $700 major airlines have charged in recent years. Time your trip just right in July and you can get from Oakland to Maui nonstop for just over $500. If you’re not flexible with your dates, expect to pay closer to $600.

As planned, Southwest had been rolling out its Hawaii service piecemeal, starting with nonstops from a handful of West Coast airports and continuing with interisland and connecting flights.

Right after Southwest Hawaii bookings went live, NerdWallet reported that a number of connecting flights to the islands were available, but return flights were scarce and in many cases nonexistent. That continues to be the case for a number of cities.

For example, right now you can book one way from Indianapolis to Honolulu in July for $433, but zero return flights are available to book on Southwest.com. (One big reason: Southwest doesn’t offer overnight “red-eye” flights, and due to flight lengths and time-zone changes it’s hard to go too far eastbound in just one day.) This could change since Southwest will have a hard time selling seats on those outbound flights if they don’t offer travelers a way to get home.

The great hope of Southwest’s entry into the Hawaii market wasn’t simply that Southwest would offer great deals, but that competitors would have to lower their prices as well. A quick survey of fares suggests that’s happening — a little. For example, April round-trip fares from Portland, Oregon, to Maui on a number of major airlines start at around $484.

That’s a very good fare and, not coincidentally, approximately what you’ll pay on Southwest. But if you look at a route Southwest doesn’t fly yet, Portland to the Big Island, fares start quite a bit higher at $529, suggesting that competition from Southwest is likely putting some downward pressure on fares across the board.

Photo by Maria Can. 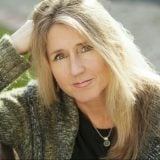