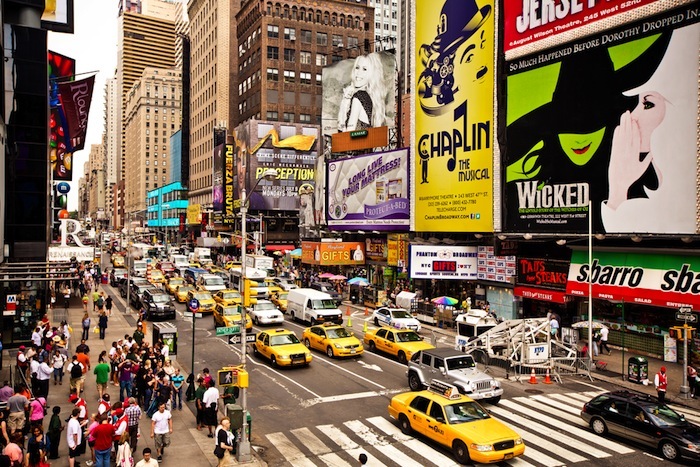 Ever wondered how the place you live influences your car insurance premiums? In New York, your ZIP Code may be a particularly important factor in determining what you pay — New York car insurance rates could nearly quadruple depending on which county you call home.

What accounts for such a large range in the cost of car insurance? Insurance companies use data for the area you live to determine what you pay for car insurance. Factors taken into consideration include: percentage of uninsured drivers, risk of natural disasters, traffic density, and history of accidents in the area. Additionally, the amount of competition between insurers in your area will play into the premiums you end up paying.

Brooklyn has the largest population of the five boroughs in New York City with over 2.5 million people, and contains the most expensive zip code for car insurance in the state, 11212, with a premium of $3,712.89. Brooklyn has a population density of 35,369 people per square mile and an annual motor vehicle theft rate of 3,308 cars, or 1.31 per thousand people. Though over half of its residents work outside the borough, Brooklyn has benefited from an influx of businesses in high-tech, entertainment, and services firms in recent years.

Bronx County is the fourth most populated borough in New York City with about 1.5 million people. It has a population density of 32,904 people per square mile, and annual motor vehicle theft of 3,744 cars, or 2.69 per thousand people. Bronx is home to the most traffic-congested road in New York, if not the world, the 1-95 Cross Bronx Expressway. 30.7% of people live under the poverty line in the Bronx, the most impoverished borough in New York City.

Queens is the second most populous borough after Brooklyn (Kings County), with a population of about 2.2 million people. It has a population density of 20,554 people per square mile and 1,477 motor vehicle thefts annually, or 0.66 per thousand people. Queens is the most ethnically diverse urban area in the world, with a 48% foreign-born population. The borough houses two of the three New York City airports, both among the busiest airports in the world, and the New York Mets baseball team.

Staten Island is the least populated borough in New York City with only about half a million people. It has a population density of 8,030 people per square mile and 128 motor vehicle thefts annually, or 0.27 per thousand people. The island recently experienced severe flood damage and loss of life from Hurricane Sandy in October 2012.

Manhattan (New York County) is the third most populated borough in New York City. It is the most densely populated county in the United States with a population density of 69,468 people per square mile and 2,615 annual motor vehicle thefts, or 1.63 per thousand people. Manhattan is often referred to as the economic and cultural hub of the United States, and is home to the United Nations Headquarters, the New York Stock Exchange, and the NASDAQ.

What Can be Done to Lower Car Insurance Premiums?

One way New Yorkers can bring down car insurance rates is by avoiding some of the risky behaviors that cause traffic accidents. MADD is the largest nonprofit working to prevent drinking and driving, and has local offices in Latham, New York. MADD supports drunk driving victims and survivors at no charge, and brings awareness about the dangers of driving impaired to the community.

Finally, defensive driving courses are available for New Yorkers through the New York Safety Council. In addition to making the roads safer for everyone, these courses offer a personal 10% reduction in car insurance premiums for 3 years after the motorist takes them. This course can be taken online and is approved by the New York DMV.

Nerdwallet used the profile of a single 37 year-old female New Yorker without any history of accidents, insuring a 2010 Toyota Camry LE with basic coverage (25/50/25 and a 500 deductible). Data for population density was obtained from the 2010 U.S. census. Vehicle theft rate data was obtained from neighborhoodscout.com.