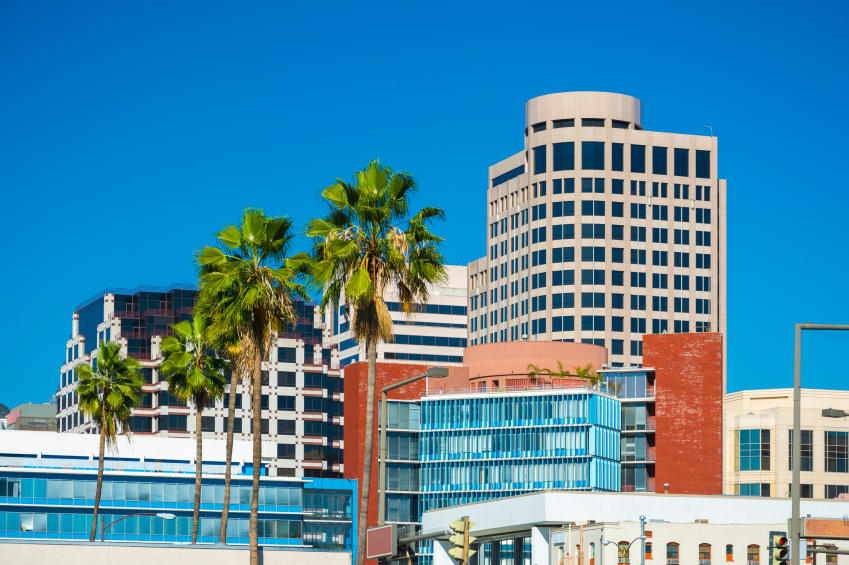 The Golden State isn’t known for being a cheap place to live, but when it comes to car insurance in California, drivers enjoy lower premiums here than drivers in many other states. California ranks near the median — No. 22 — in average car insurance premiums, according to the latest data from the National Association of Insurance Commissioners.

But a NerdWallet study finds that California insurance rates vary significantly from city to city. The data, which averaged several possible drivers and cars, found rates ranged from a low of $813 a year in Santa Maria to a high of $1,380 in Glendale, with an average of $1,030.65 for all cities. (Your rates will vary based on your driving record, vehicle, driving habits and other factors.)

SoCal pays a premium. Of the 20 most expensive cities for car insurance in California, 17 are in Los Angeles County.

Lower rates, fewer people. A lower population density correlated with less expensive car insurance rates. Of the cities studied, 18 of the 20 cities with the state’s lowest average rates had population densities below 5,000 people per square mile.

The 20 most expensive cities for car insurance in California

It seems fitting that Los Angeles County is home to the state’s 10 most expensive cities for car insurance and 17 of the top 20. The Los Angeles area is notorious for having some of the country’s worst traffic, which clearly translates to higher insurance rates.

“When you have a lot of people and a lot of cars, you end up having lots of accidents. It’s as simple as that,” says Jim Johnson of Johnson, Kriste and Daily Insurance in La Cañada Flintridge, California.

The cities of Palmdale, Baldwin Park, Bellflower and Downey also made our list of most expensive cities — as well as last year’s NerdWallet list of the worst Los Angeles suburbs for commuters, which was based on average commute time and insurance cost, among other factors. Palmdale, in northern Los Angeles County, was ranked the worst suburb for commuters in southern California, while the other three ranked among the worst 20.

Inglewood, El Monte and Norwalk — three more cities in Los Angeles County with some of the state’s highest average car insurance premiums — all made the U.S. Census Bureau’s 2013 list of most densely populated cities, which also suggests heavy traffic.

Auto repair costs play a role, too, according to insurance agents. Body shops in and around Los Angeles charge more for repairs because of relatively high rent and labor costs, Johnson says.

The minimum wage needed for an adult to make a living in Los Angeles is $12.72 an hour, according to the Massachusetts Institute of Technology’s Living Wage Calculator — almost 50 cents more than the state average.

Some cities, but not all, with high insurance rates also have high rates of vehicle theft. Glendale and Santa Monica, among the most expensive cities for car insurance, have relatively low theft rates of 1.59 and 1.95 thefts per 1,000 people, respectively, according to the latest data from the FBI. Even Los Angeles’ rate of 3.91 thefts per 1,000 was below the state’s average of 4.43 thefts. But 14 of the most expensive cities had higher than average rates of motor vehicle theft. For example, South Gate and Huntington Park had rates of 9.57 and 11.14 thefts per 1,000 residents.

Only three Northern California cities rank among the 20 most expensive for insurance, including the Bay Area cities of San Francisco (No. 12) and Richmond (No. 18). San Francisco is the second-most densely populated city in the country and it also has a high rate of vehicle theft of 6.51 thefts per 1,000 people, according to the FBI.

Sacramento also is among the most expensive places to buy insurance in the state, at No. 16, likely due — at least in part — to a rate of 7.02 thefts per 1,000 people, which is higher than many other California cities.

The 20 cheapest cities for car insurance in California

While California’s most expensive cities for car insurance fall in a few clusters, the least expensive cities are all over the map. There are a variety of possible reasons why these cities have lower premiums, though many of them have two things in common: low population density and low crime.

Of course, there are outliers. Redding residents pay the second-lowest average rate in the state for auto insurance, despite having a slightly higher-than-average rate of motor vehicle theft: 5.52 thefts per 1,000 people. Watsonville and San Diego also have higher-than-average theft rates, with 5.69 and 4.94 motor vehicle thefts per 1,000 people, respectively.

The remaining California cities fall somewhere in the middle for car insurance rates, closer to the state average of $1,030.65 a year. Among larger cities, the average for San Jose residents was $986.70 a year, while for drivers in Fresno it was $1,002.97 annually. Drivers should shop around regularly for better car insurance rates, especially if they have had a change in circumstances, such as a new home address or a recent traffic ticket. Even if you live in one of California’s more expensive cities for car insurance, you may be able to find a better rate, especially if you are a good, experienced driver.

To determine the average insurance premium increases, we retrieved quotes for four different driver profiles in all 161 California cities with populations larger than 50,000: 27-year-old single men and women and 40-year-old married men and women each driving a Toyota Camry and a Ford Escape with liability, comprehensive and collision coverage. For the younger drivers, we retrieved quotes for the minimum liability of $15,000 per person and $30,000 per incident. For the older drivers, we assumed a more typical 100/300 liability policy. We then averaged premiums from the three cheapest carriers. The estimated premiums are for comparative purposes only. The actual insurance rates you pay will vary.