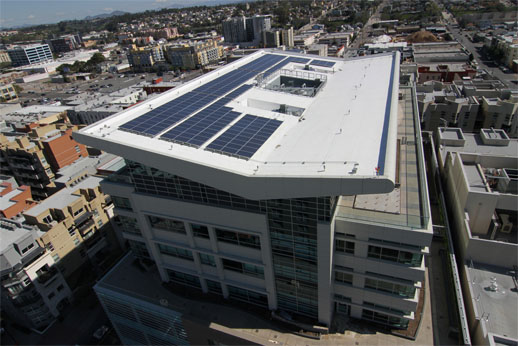 The popular slogan, “reduce, reuse, recycle,” has promoted environmental awareness for decades. But as major climate change rapidly becomes a reality, we need to be reminded of this old-fashioned motto now more than ever.

American universities are taking charge in sustainability efforts, with more than 600 campuses pledging to become carbon neutral as part of the 2007 American College and University President’s Climate Commitment. Many of them now boast entire environmental studies departments that offer an array of environmental majors and minors. Not so surprisingly, student organizations are popping up all across college campuses, showing that young people are determined to make a sustainable impact. To show support for a few of our favorite environmental do-gooders, NerdScholar compiled a list of universities and their student organizations that are already taking the stage in environmental activism.

SU students are spreading their message across campus, and some groups are even taking this message abroad. SunRaisers, started in 2013, comprises a group of students working to bring energy and electricity to under-privileged communities. Since their recent inception, the group has made progress in establishing solar panels in Puerto Rico and is on its way to do the same in Mexico. Students of Sustainability—or SoS—is another Syracuse organization making great gains in 2013, according to Melissa Cadwell, marketing manager of the sustainability division at Syracuse. With active social media and campus presence, the group spreads awareness of environmental issues  through film screenings, art installations, and lectures.

Syracuse’s Sustainability in Action Initiative acts as the backbone to its student groups, Cadwell says. Since 2007, the university program has been instrumental in connecting environmental student activists with opportunities across the countries—from internships and scholarship prospects to campaigns for fossil fuel divestment and biodiversity awareness. The university’s Sustainability Initiative is not only encouraging, but is emboldening its students to be the face of environmental advocacy at Syracuse.

University of Oklahoma – Most Widespread

Many environmental advocates at OU also raise awareness through the organization, OUr Earth. The group is the largest student-driven group at the school, and seeks to take action both on their campus and in the greater Oklahoma area. They have actively participated in national Power Shift campaigns since 2009 and continue to advocate for sustainability in their community. Since 2013, OUr Earth, Earth Rebirth, and the other OU environmental groups have chosen to align their separate missions and work toward change on campus together, according to Jessica Scott, a senior studying geography and environmental science.

For a small, private liberal arts college, Grinnell is home to an exceptional number of environmentally focused student organizations: over 15 are almost entirely student-driven. The groups aim to lessen the school’s carbon footprint through zero waste campaigns, water conservation projects, and local food initiatives, according to Chris Bair, the Grinnell environmental and safety coordinator. In 2013, they rallied together to form a collective organization known as the Coalition of Environmental Activists. The coalition now holds quarterly conferences for student groups to share their missions, successes, and failures with one another. The event had a high attendance rate by all environmental student groups at Grinnell, and the coalition plans to continue fostering these relationships in the future.

Students at Long Island’s oldest university are getting involved with environmental initiatives in more ways than one. Many of them are taking part in the Environmental Action Coalition, a student-driven organization engaged in recycling campaigns and city clean ups across Long Island. In the fall of 2013, the group focused its attention on educating the campus on global water crises through lectures and film screenings. More recently, student activists have shifted the conversation to the value of local water supplies, says Vittoria Venuti, a senior environmental studies major at Adelphi. Off campus, says Kathleen Watchcorn, assistant to the dean of student affairs, “students have  the opportunity to sail on an environmentally themed sailing vessel to discuss oyster farms and the conservation initiatives of Oyster Bay Harbor.”

The campus also encourages environmental change through the residence hall initiative, Green Council. According to Camille Pajor, an Adelphi residence hall director, the student organization will take part in the new “green and local alternative spring break,” where students plan to advocate for a lower carbon footprint in the Long Island and New York City areas.

With the guidance of their Office of Energy and Sustainability, Yeshiva students actively seek opportunities to promote environmental initiatives both on and off campus. As a small, private university, Yeshiva promotes collaboration between all four of its campuses—the Environmental Society at Yeshiva is a perfect example. Since its inception in 2007, the organization has grown in size and location and includes members from all undergraduate sectors. Alongside Yeshiva’s other environmental activist groups, these students are organizing cross-campus events that range from recycling initiatives, including energy and printer cartridge conservation, to community garden events and eco-friendly building competitions, Andrea Moore, the sustainability manager at the Office of Energy and Sustainability, says. Through their involvement, Moore says, Yeshiva students are actively promoting the university’s goal of “reducing the school’s greenhouse gas emissions by 20 percent in 2020.

Another group, SCOOPS, or Students Collaborating and Organizing Opportunities and Projects for Sustainability works to eliminate environmental injustices in the surrounding Santa Clara community.Lindsey Kalkbrenner, Director of Santa Clara’s Center of Sustainability, says the group empowers students in environmental leadership positions to promote sustainable practices among every student group in the Santa Clara community. Kalkbrenner adds that SCU has a goal to achieve Climate Neutrality by the end of 2015.