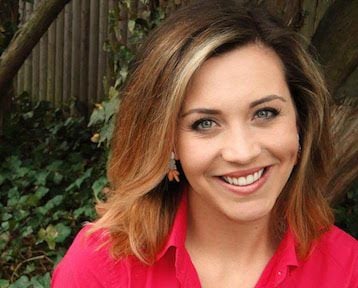 In this series, women spoke with NerdWallet about their relationship with student debt and their studies. They also shared their perspective on the debt gap between the sexes and a future when they’re finally free of student debt. In this profile, Kate Ottavio Kent, a 2008 graduate who had $20,000 in student loan debt, discusses how she has repaid nearly all of her debt.

This is Kent’s student debt story.

Some $3,000 of Kent’s $20,000 in student loans were paid thanks to her competing in the Miss Connecticut pageant in 2010. The Miss America pageant organization markets itself as the nation’s largest scholarship organization for women. “I always joke, I was first runner-up, so I got a lot of the benefits of having won, but I could focus on my career trajectory,” Kent says. “You don’t even touch the money that you win; it goes right to your school or to the federal funds you took out your student loans with.”

When Kent graduated from Quinnipiac University in 2008, she felt “totally terrified.” She didn’t have a formal plan, but she knew that within six months her payments would be due. Within three months of graduating, she found a job in public relations, her field of choice. “My payments were like $200 monthly, which is manageable, except when you’re living in Connecticut making $28,000 starting out,” she says.

To ensure she could make payments, Kent limited her lifestyle, to a point. She started a retirement fund and watched her spending.

“There wasn’t any going out to eat. There was grocery shopping. I was a little bit of a homebody, so there wasn’t much going out for drinks,” she says. One thing she wouldn’t sacrifice was her living situation. She says, “I was very adamant, and my husband will agree, that I was not a good roommate. The first job I had was in Hartford, Connecticut, and I was not willing to live with somebody.”

By now, Kent has paid off nearly all of her loans and has just $300 to go. She says she’s proud to have owned some of her education costs.

On the prospect of being debt-free soon: “There’s something about making that last $60 payment that will be celebration-worthy.”

While Kent was fortunate to receive an extra financial kick by competing in the Miss Connecticut pageant, she says it wasn’t always easy to make her loan payments. If you’re struggling to pay off your student debt, these options might make sense for you to consider.