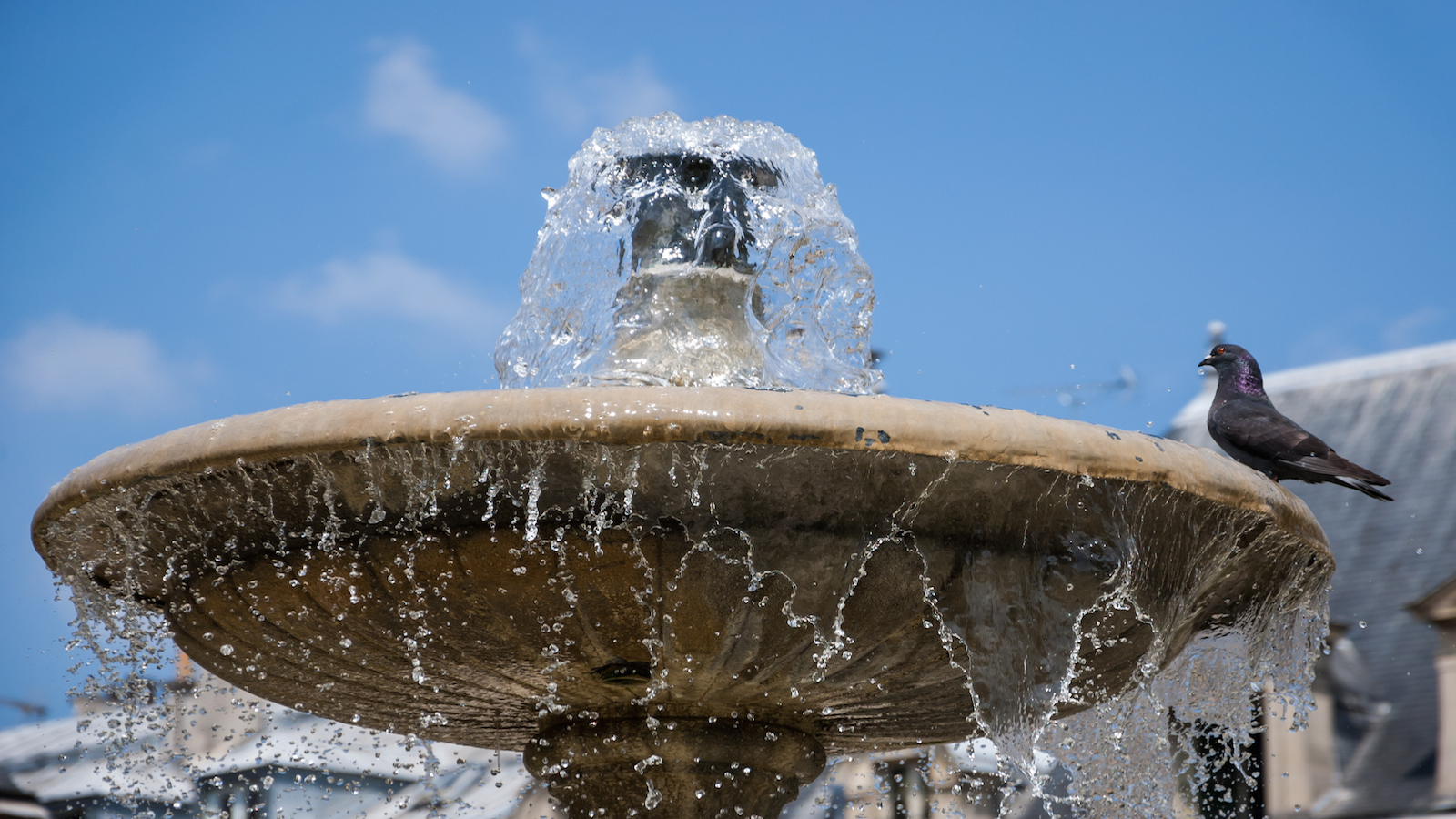 College Campuses are full of beautiful architecture, and at some schools this beauty is most pronounced in the fountains that adorn the quads and building entrances. But as the summer months near, college seniors have plans of their own for these cascading pools of water. Below is a list of colleges whose students have come up with some impressive fountain-jumping traditions. Princeton’s Fountain of Freedom is hard to miss, situated directly in front of the Woodrow Wilson School of Public and International Affairs. The fountain, built in 1966 by James Fitzgerald, symbolizes Wilson’s vision of world peace. But to Princeton students the fountain’s meaning is rooted in class tradition, where graduating seniors descend on its waters after turning in their final papers. Aside from the yearly fountain jump, it is also custom for the Princeton University Band to perform inside the pool after football victories. Located in the Anna Bing Arnold Plaza that separates UCLA’s North and South campuses, the Inverted Fountain represents a lifetime of tradition for young Bruins. It is said that each student may dip in the fountain’s water upon his or her arrival to campus, but not again until graduation. Students who dare touch the water during their tenure, the legend goes, will remain at UCLA for an extra term. Upon finishing their final exams, mass groups of seniors make a point to wade into the fountain’s center in celebration of their college experience. USC’s campus is home to over 30 fountains, including Herbert Plaza’s unofficially named “Finger Fountain,” Leaving Library’s reflecting pool, the sculpture fountain of Doheny Memorial Library and the fountain on Trousdale Parkway. With so many fountains sprawled across campus, it is hard for students to pick just one for their iconic jump. That is why, at USC, it is tradition for graduating Trojans to run through every fountain on the last Thursday night of spring classes. Hundreds of students attend the event, which has become a must on the Trojan bucket list. Notre Dame pays tribute to Stonehenge with Clarke Memorial Fountain, one the campus’ most popular meeting places. At the campus in South Bend, Ind., the football team and its fans make it a point to run through the fountain after big victories. In addition to the fountain run, Notre Dame students and fans attend mass in the school’s basilica and partake in a special dining hall feast following the win. The 1960s fountain outside of Ithaca’s Dillingham Center overlooks upstate New York’s Finger Lakes, offering up an iconic view. But the fountain is more than just a scenic view for Ithaca seniors, where every year students don their class shirts for a wade into the fountain waters prior to graduation the following weekend.