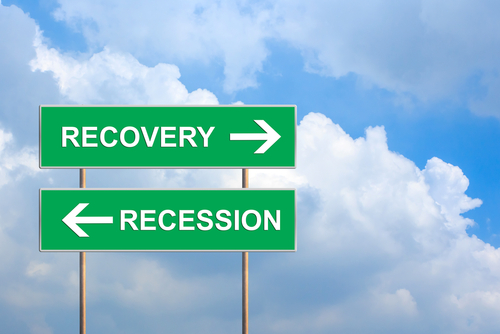 Looking for a positive economic sign? Americans are paying their mortgages over their credit card bills again. That’s in sharp contrast with the depths of the Great Recession and it underscores the upturn in the U.S. economy.

A recent study by TransUnion tracked how Americans prioritized their bill paying — home loans vs. credit cards — from September 2004 through September 2013. People’s habits changed notably when the recession began in 2008, but they’re swinging back to normal. Here’s what the study found.

In the past, paying the mortgage was goal No. 1

When money gets tight, personal finance experts usually recommend that people pay their mortgages before other bills. This makes sense. Having a place to live is a necessity. Other payments can be managed.

Americans followed this advice before the recession hit, according to the TransUnion study, which tracked 30-day delinquency rates on people with mortgages, credit cards and auto loans. (Only people with all three were included in the data).

During September 2004, credit card delinquencies ran at 2.25%, while mortgage delinquency rates hovered at 1.26% — in line with what economists would expect. This trend continued beyond 2004 until the recession hit.

The bottom line: When people choose to pay their credit cards instead of their mortgages, it’s a sure sign of economic trouble.

Where are we now?

The good news is that our payment behaviors seem to be back to normal. Beginning in September 2013, credit card delinquencies hit 1.86%, surpassing the 1.79% mortgage delinquency rate. This makes sense, because 2013 saw home values increase and the unemployment rate drop. Americans feel better about their finances, so they’re more likely to return to traditional spending and bill-paying patterns.

Worth noting: The overall delinquency rates have been declining since the peak of the recession in 2009. In December 2013, mortgage delinquencies stood at 1.71% while credit card delinquencies settled at 1.83%. While these figures are still higher than the pre-recession days, the downward trend in delinquencies suggests that people are regaining their financial strength.

The takeaway: It’s a bad economic sign when people choose to pay their credit cards over the mortgages, which is what we did between September 2008 and September 2013. This blip has reversed, and delinquency rates are down — possibly an indicator of more good things to come!

Recovering from recession image via Shutterstock