Skytrax has released its annual list of the World’s Best Airports, and once again, Changi Airport Singapore has taken the top spot. This is the seventh consecutive year Changi has earned the No. 1 ranking. Clearly, Changi Airport is doing something right. Let’s take a look at the full list.

Though an aircraft takes off or lands at Changi Airport about once every 90 seconds, Changi prides itself on being “more than an airport.” The airport offers luxury shopping such as Burberry, Fendi and Ermenegildo Zegna. There are hedge and mirror mazes and Singapore’s tallest slide to keep the kids entertained, and 20 airport lounges that offer a break for the adults, too. There’s also the HSBC Rain Vortex, a butterfly garden with 1,000 butterflies, a giant, interactive sculpture called Discovery Slides and dozens of art installations. These are just a few of the reasons why Changi was also named 2019’s Best Airport for Leisure Amenities by Skytrax.

Skytrax’s runner-up is Tokyo’s Haneda Airport. This is another massive airport, with more than 87 million customers served in 2018. Haneda Airport might not have taken the top spot from reigning champ Changi, but it was named Skytrax’s World’s Cleanest Airport. Haneda also has several free lounges (provided you have a voucher from your airline), fine dining options, several children’s play spaces, flight simulators, multipurpose toilet facilities for parents with children and travelers with disabilities, a large concert hall and more.

» Learn more: The airports that make travelers the happiest

Incheon International Airport near Seoul is one of the busiest airports in the world, serving 68 million passengers in 2018, but will make you feel like airports aren’t so bad after all. Though Skytrax didn’t add give any other awards to Incheon, it made the top five for a reason. Traveling with kids? There are seven different play areas available. If you have some time to pass, take a stroll through Korean Culture Street, which is packed with small buildings featuring traditional architecture. There’s even a movie theater and a casino nearby.

Hamad International Airport is located in Doha, the capital city of Qatar, and its specialty is luxury. Hamad’s common areas feature leather seats and polished chrome for as far as the eye can see. There’s high-end shopping — Gucci, Burberry, Coach, Rolex, Swarovski. The most unique attraction at Hamad International is probably the famous “Lamp Bear.” The sculpture is a 23-foot canary yellow teddy bear sculpted from bronze with a black lampshade on its head. It was created by Swiss artist Urs Fischer and is worth a look.

It might seem odd to recommend an airport’s food, but Hong Kong International’s focus on local cuisines put it in the top spot on Skytrax’s World’s Best Airport Dining roundup. Check out Tsui Wah for its signature beef brisket curry, or Crystal Jade for its Xiao Long Baos. There’s also a golfing green, an IMAX movie theater and a 24-hour Plaza Premium Lounge.

Japan’s Chubu Centrair International Airport has the unique honor of being the only airport in the Skytrax top 10 that’s located on a man-made island. Take a walk out on the 984-foot long Sky Walk, a walkway that brings you super close to Chubu’s aircraft. You can get about a half a football field away from airplanes taxiing the runways.

» Learn more: How to survive a long layover

Munich is the second biggest airport in Germany (Frankfurt Airport is the largest), but what it lacks in passengers served it makes up for in dining options. This airport boasts more than 60 restaurants, covering everything from classic German brewpubs to 24-hour brunch spots. If you’re traveling with kids, head over to Kinderland, which features historic aircraft, playgrounds based on different cultures and several interactive exhibits.

Rounding out the top of Skytrax’s World’s Best Airport list is Zurich, the largest international airport in Switzerland. If you have a layover here, you can go for a hike. Seriously. Zurich International offers rental outdoor recreation equipment because it’s located so close to hiking and skiing trails. You could also take a tour of the airport. Zurich Airport offers hour-long bus tours of the facilities, with the highlight being a tunnel that runs under a runway.

Planning a trip? Check out these articles for more inspiration and advice:
The airports that make travelers the happiest
NerdWallet’s top travel credit cards
The best airports for holiday travel 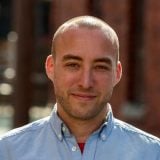 Chris O'Shea is a freelance writer whose work has been featured by GQ, Esquire, The Village Voice and Fast Company. Read more