Updates to ANA’s route network that go live starting this week will expand opportunities for some travelers.

Among the new routes travelers can look forward to:

In addition, ANA has announced that it’s rolling out its redesigned 777 cabin on its Tokyo-Frankfurt and Tokyo-New York routes (from both Haneda and Narita airports). If you have a reservation in the coming months between those cities, keep an eye on seat maps to see whether yours has changed.

» Learn more: 9 credit card tips to take with you overseas

Round-trip flights from Japan to most North American locations start at 40,000 ANA miles in economy class during low season. Flights between Japan and Hawaii will set you back just 35,000 miles round-trip during the same period. Business class seats would cost 75,000 miles round trip.

Low season varies every year, but is generally defined as January through February and occasionally includes March.

By connecting through Japan, you can take advantage of ANA’s affordable redemption options to get to Australia. For example. 105,000 ANA miles could get you a business class ticket from the U.S. to Perth via Tokyo.

Rates are variable based on season. Plan your trip carefully and consult the ANA seasonal fare charts. If you’re interested in trying to get to Japan for the famous cherry blossoms, you won’t get low-season rates. But regular and high-season rates can still be quite reasonable.

When redeeming international flight rewards through ANA, make sure you’re calculating the cost of any applicable taxes and fees.

If you don’t have ANA miles on hand, it’s possible to transfer American Express Membership Rewards to ANA’s Mileage Club at a 1:1 ratio.

ANA is part of the Star Alliance, so you may be able to fly these routes through ANA’s airline partners. The Star Alliance includes United and other airlines with which you may already have miles.

Planning a trip? Check out these articles for more inspiration and advice:
Find the best travel credit card for you
AmEx Membership Rewards: How to earn and use them
How credit card rewards got me across the Pacific twice in one year 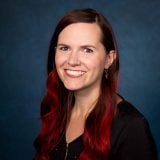 Amanda Johnson is a freelance writer, historian and avid traveler based in Nebraska. Read more