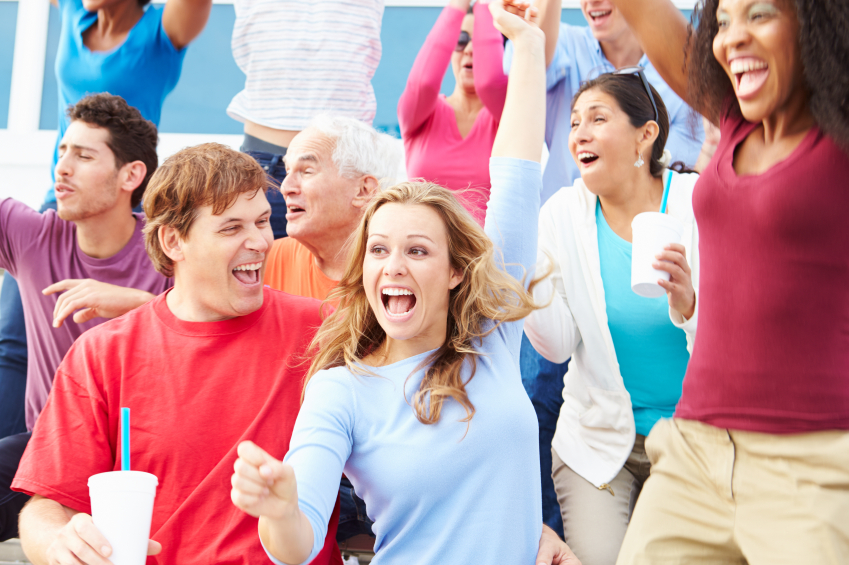 Learn more about Anthony on NerdWallet’s Ask an Advisor

Disturbing behavior occurs far too often during youth sporting events. Fights, inappropriate language and disrespectful attitudes often seem to be the rule. And we’re not talking about the kids. We’re talking about the parents.

Many parents try to live vicariously through their children to make up for their own shortfalls as adults. Others just want to keep up with the Joneses — to prevent their children from being overshadowed by their neighbors’. Some see sports as a path to a scholarship to pay for college, turning what should be a recreational pursuit into a pressure-cooker. All of these are unproductive and potentially damaging to the development of the youngster.

It doesn’t have to be this way. Parents can be fans without becoming hooligans if they abide by some simple rules. In fact, the behaviors necessary to become a positive, supportive and civil spectator closely track those needed to become a successful investor.

Sue Shellenbarger recently wrote a terrific piece for The Wall Street Journal called “The Best Way to Cheer for Your Child.” In it, she tells parents how they can turn the sidelines from a hostile environment into a supportive one. Look at her list of suggestions, and you can see how they could improve your portfolio as well as your parenting.

Standing behind the net shouting instructions to your child while the game is going on is not positive behavior. Focusing all of your energy on one member of the team is selfish and distracting.

This is not unlike an investor who owns one or two stocks in an undiversified portfolio. Focusing on your picks and blithely ignoring what’s going on in the rest of the market can be quite perilous.

A simple and more productive solution would be to purchase a low-cost index fund and cheer for the whole market. Being more concerned with the benefits of the group instead of specific individuals is an invaluable lesson for any field.

Parents overreact to losses and underperformance on the field. They miss the big picture. Having fun, getting exercise, and learning how to be part of a team are immensely more important than the final score of a game played by a bunch of 10-year-olds.

In investing, markets tend be down one out of every three years. There is a 50/50 chance markets will fall or rise on any given day. Focusing on the daily scoreboard of the stock market is detrimental toward achieving long-term financial goals.

Instead of focusing on things you can’t control, like the score of a children’s game or overall market returns, a better strategy is to make sure your attention is directed to events you have influence over. This could mean ensuring your child is having fun whatever the score, or making sure you have a low-cost, globally diversified portfolio.

Stay out of the mob

Parents can get caught up in the moment. Seeing other adults scream at kids, coaches or officials can induce a mob mentality. When you see this happen on the sideline, just walk away. It will save you from doing something you will later regret.

The same can be said for investing. When you hear hysterical media coverage surrounding perfectly normal market corrections, turn off the TV. Don’t be swayed by the actions of irrational mobs of investors. Many times, what you don’t do makes all the difference in the world.

Shellenberger writes, “Children often connect parents’ attitude about their sports performance to their value as a person.” This behavior can make a child feel ashamed and create issues that he or she may never overcome.

The same can be said for investing. Losing or making money in the stock market does not determine anyone’s worth as a person. Having your mood be dependent on the random fluctuations of the market is as pointless and sad as having to endure tense, unhappy family dinners because of disappointing athletic performance on the field.

In investing, just because you had a bad experience with tech stocks, gold, or real estate doesn’t mean an unbreakable cycle has been established. Learn from your mistakes and move on.

Finally, be honest about the situation. If childhood sports are leading to credit card debt, rushed meals, harried parents and miserable children, something is seriously wrong.

Maybe your child needs to try a new sport or play in a less competitive league. It’s also possible that sports just aren’t your child’s thing. There’s nothing wrong with focusing both of your energies on other pursuits.

The key is to not continue a pattern of losing behavior. In investing (and other fields), this is called the sunk cost fallacy. It’s the belief that, because you have invested so much time and money in something (a stock, say, or a business), you can’t just walk away from it, even though it continues to lose. But that time and that money are gone. All that matters is the prospect of success moving forward.

Though the decision to walk away from an unproductive situation is difficult, it is usually for the best. The opportunity cost of delaying a more enjoyable activity or a better investment far outweighs the chances of finding success in your current joyless or money-losing situation. Don’t be afraid to cut the cord.

Watching your kids play sports should not be tense and traumatic, for either you or the kids. The same goes for managing your finances. Staying calm, keeping perspective and focusing on what you can control leads to better outcomes.

More important, don’t be afraid to just walk away and start over if things are not working out on the field or in the markets. This could turn out to be the best decision you ever made for your children and your money.