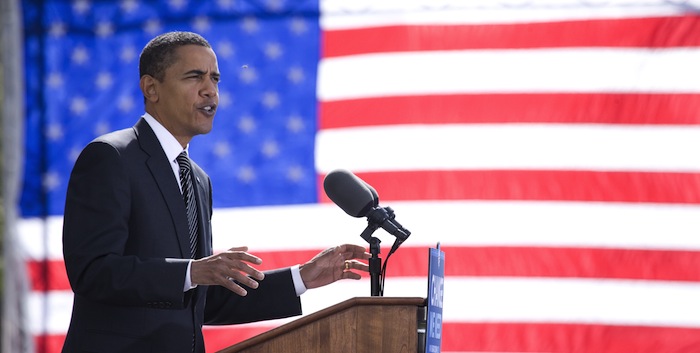 It’s been one of the coldest winters on record. But brace yourselves – we’re in for a searing blast of hot air from Washington very soon.

At issue – the debt ceiling. Yes, we just went through this with a long and traumatic government shutdown back in October 2013 – which accomplished next to nothing. Republicans failed to achieve their objective of staving off the individual mandate for Obamacare, but Obama gave them what they wanted, anyway, via an executive order as the Affordable Care Act crumbled in its execution.

And the Debt Ceiling Itself?

All Congress did in 2013 was kick the can down the road until February 7th or so – restricting the total U.S. debt level to a lousy $16.7 trillion dollars. After approximately February 8th, the federal government will run into its statutory debt cap once again.

At that time, the Treasury Department has a couple of cards it can play to buy itself some time – a few days to a few months, depending on how tax receipt collection goes this spring. The smart people are projecting a drop-dead date of late February or early March. Treasury Secretary Jack Lew just moved the debt ceiling deadline date to the left slightly, warning that ‘extraordinary measures’ aren’t going to purchase as much time for Congress to work out a solution before the budget runs aground as it did last time. But Congress will have to come up with a solution or the U.S. will risk defaulting on its obligations, substantially slashing public services or both.

The battle last October was bruising – and politically speaking, the GOP took the brunt of the damage. But in the process, the victory for the Democrats may have been Pyrrhic, as unlike last October, the President and his Congressional allies still wound up with an Affordable Care Act that was increasingly problematic and unpopular.

The President was able to rally enough support for the ACA last fall to stave off a Republican assault. But going into this spring, he can no longer count on Obamacare as a rallying cry. The President, therefore, will move to change the subject entirely.

Moves for the New Year

First, expect the President to try to move the national debate from the implementation of the Affordable Care Act to the tried-and-true red meat Democratic issue of income inequality.

The President will likely use his State of the Union Address to highlight income inequality and the plight of the poor, and to pound the podium for an increase in the minimum wage. This, according to Democrat strategists, should help to reawaken the Obama coalition of minorities and unions that helped put him over the top in the 2012 re-election.

The unions themselves will engage in selective strikes and protests designed to draw national attention to specific low-wage sectors. The unions will also attempt to organize segments of the labor force who have been slow to unionize, such as fast-food workers. A series of fast food strikes late last year fizzled, but America was largely distracted by the ACA’s problems. They may have more bite when accompanied by a concerted bully-pulpit effort by the POTUS and with some more lead time for union workers and Democrat politicians to coordinate their messaging.

As a result, we may well see some withering rhetorical attacks on some industries – particularly Walmart and the fast food industry.

Meanwhile, the Republicans will have very limited ability to counter the Democrats’ assault on these groups. It’s a classic case of asymmetric warfare. To engage the Democrats directly in their push for an increase in the minimum wage (and immigration reform) would mean embroiling Republican spokespersons and political capital on the Democrats’ pet issues – a losing proposition. The Republicans will fight to focus attention like a laser beam on the Affordable Care Act.

The Democrats will be looking to advance their legislative aims. The Republicans will be inclined to give ground to the Democrats in the short run, in the effort to maximize their chances at gaining the Senate in November on the strength of opposition to Obamacare.

The Democrats will want this fight to last as long as possible. The Republicans will want to put it behind them and focus on winning Senate seats.

And so the battle lines are drawn.

Now for the investment points: Whatever happens, the fiscal hawks won’t have much pull. The GOP wants Senate seats and is willing to give on spending in the short run. Fiscal hawks don’t have any leverage this time around.

The taxpayer. Score a point against bonds and the dollar.

Meanwhile, the expected rhetorical attacks on industries and companies the Democrats deem hostile to their interests could well draw blood. Score a point against big name fast food chains, such as McDonalds (MCD) and Yum Brands (YUM).

Furthermore, if the Democrats succeed in substantially raising the minimum wage, we may well see a decline in the fortunes of companies that rely on low-wage workers, including big-box retail chains like Walmart (WMT), fast food companies, restaurants in general, textiles, low-end manufacturing (with unskilled labor), and the like.

Sadly, the low-wage workers themselves will likely take it on the chin, as well. Unskilled workers bear the brunt of any increases in unemployment as a result of increases in the minimum wage. Even if there are beneficial effects to be felt elsewhere in the economy from higher minimum wages, those laid off from their jobs, or who cannot find work because while their skills are worth $7.50 to an employer, they aren’t worth $10, will be left in the cold.

Who are the Winners?

Look for a massive push to eliminate the cashier and the burger cook from the payroll. Just as an increase in crude oil prices makes shale extraction more viable, an increase in the minimum wage makes automation of cashiering and low-skill job functions more economical as well.

Possible beneficiaries include companies like NCR – the company formerly known as National Cash Register (NCR) – which is now aggressively pushing self-checkout technology in the supermarket and general retail store industries. IBM is also making a big push in this area, though the self-check-out concept is a smaller fraction of IBM’s overall operation.

There is power behind this move. While some supermarket chains have decided to hold off on going pell-mell into the self-checkout world (Albertson’s, for example, decided it wanted the human customer interaction and elected to pull its self-checkout lanes, at least at current labor prices), the banks have been more aggressive at eliminating teller positions. For example, PNC Bank has announced that it plans to eliminate tellers at more than 2/3rds of its branches over the next five years.

Thinking further outside the box, increasing use of smartphones and other mobile devices as checkout aids could further increase pressures on the job market for those working within a few dollars of minimum wage.