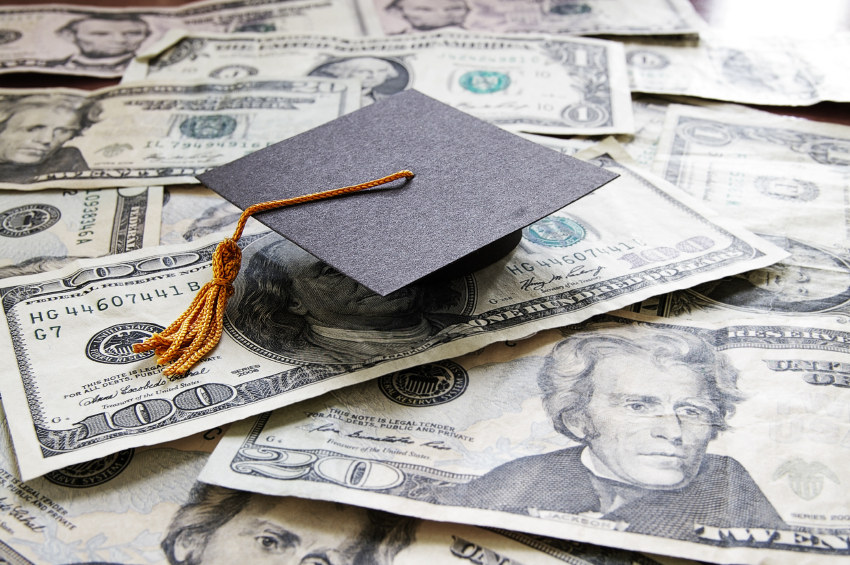 The first time I visited a New York City tow pound was about 16 hours after I’d moved to Brooklyn. I was retrieving a U-Haul, which my boyfriend and I had parked pretty squarely in a no-parking zone.

I was somehow surprised to wake up the next morning and find it gone, but not as surprised as I was to learn the fine, which was somewhere in the neighborhood of $400, or roughly a fifth of the money in my checking account. I’d moved to the city without a job.

I’ll spare you the details of my second visit, but suffice it to say the third time was to clear out the trunk of our car. At that point, what now feels like a mind-boggling inability to decipher street signs had already cost us nearly $700; a 1980-something Saturn felt like a small price to pay to avoid another fine and the tow pound indefinitely.

That was just one way I dropped the ball, financially speaking, in my early 20s. I didn’t expect a college course in New York City parking regulations — given that I made the mistake three times, it’s hard to imagine one would’ve helped — but it would’ve been nice to walk out with a bit more common sense. Here, five financial lessons I wish I had learned before graduating.

1. Understand that finding a job may be hard

My boyfriend — now husband — moved six months before me and got a job within a couple of weeks. He had a social work degree and a willingness to work basically wherever, which turned out to be pretty valuable currency in a city like New York. I had an English degree, a three-ring binder of college newspaper clips and the misplaced confidence that a magazine or book publisher would snap me right up.

After an extensive search, I ended up at an employment agency, which placed me in a job that was loosely related to writing, in the same way that, say, selling sports equipment is related to being a professional athlete.

The best thing about that job was the 401(k) match, which was dollar-for-dollar up to 6%. I didn’t know what a 401(k) was, but once I found out it involved a lower paycheck, I opted right out.

I’ve since tortured myself by running the numbers through a retirement calculator, so I know that if I’d contributed during the year I worked there, the account value today would be around $10,000 with investment earnings. I’d have an extra $60,000 by retirement.

But skipping out on saving for retirement that first year also had a domino effect. Because I wasn’t in the habit, I didn’t think twice when my next job didn’t offer a 401(k), nor did I consider an alternative like a Roth IRA. I pushed off saving for four more years, mostly due to the common struggle to prioritize retirement when it’s at least 40 years away.

3. Take only the credit you need

When the bank asked if I wanted a line of credit with my new checking account, I thought, why not? Likewise, 15% off seemed like a good-enough reason to get store credit cards. Over the course of a year or so, I lined my wallet with all the usual college-girl, or in my case recent college-girl, suspects.

I knew enough about the dangers of credit card debt to not carry a balance. But I also bought more platform flip-flops and graphic T-shirts than I would’ve without those cards, knowing that I had a few weeks to pay the balances off. And taking on a lot of credit within a few months doesn’t do great things to your credit score.

When I finally did get around to opening an IRA, I contributed to it irregularly — I set up automatic monthly transfers, but I also canceled those transfers as frequently as I went through with them. I treated the money I’d earmarked for retirement as extra cash, so I used it that way.

The more effective way to save is to prioritize retirement contributions like any other fixed expense. In other words, pretend they’re not negotiable. Make them at the beginning of the month or immediately following your first paycheck of the month, before you have a chance to turn that contribution into a new pair of platform sandals, which — lucky for me — appear to be back. A 401(k) forces you to do this, which is one reason it’s an effective savings tool. With an IRA, you have to hold yourself accountable.

I know many recent college grads can relate to this, but for several years after college, I often approached payday with under $10 in my bank account. It left me with no cushion for emergencies — like, well, bailing out a towed car. A budget, even a loose one, would have shown me where my money was going — mostly toward pizza and, not coincidentally, 10 extra pounds — so I could easily see where to cut back.

To be perfectly honest, I’m still not into budgeting. I’ve tried various methods, and nothing really sticks. But what does work is a simple spreadsheet, shared with my husband, that lists our income for the month and our major expenses. This kind of system gives us a rough idea of how much we’re spending, plus historical data to compare, in case I ever want to flip back and whine about lower grocery bills pre-toddler (and I do, often). It means we don’t feel beholden to numbers, but we can still see pretty quickly if something needs to be reined in.

Sign up: Get investing insights with our monthly newsletter.

This article was written by NerdWallet and was originally published by Forbes.