The man who has led the Consumer Financial Protection Bureau since 2013 announced his resignation Wednesday, speeding up the timetable for change at the embattled federal watchdog that says it has saved or returned billions to Americans.

Director Richard Cordray, an Obama administration holdover, said he would step down by the end of November; his term was to expire in July 2018. That paves the way for President Donald Trump to name his own director sooner — one who could undo financial regulations that have frustrated Wall Street and the financial sector.

The CFPB, with its broad powers to pursue unscrupulous financial companies and practices, arguably has done more to change the financial lives of consumers than any other government agency in history. If you’ve had to dispute a charge on a credit card, fix a mix-up with your mortgage or stop a debt collector from hounding you, you’ve benefited from the work of the CFPB.

Most Americans who have a credit card, bank account, mortgage, student or personal loan, or who care about their credit rating, have been helped by the CFPB. Some 29 million, or about 1 of every 8 U.S. adults, are receiving direct financial relief — money returned to them — as a result of the bureau’s work since it opened six years ago.

A review of the agency’s record by NerdWallet found that for every $1 in federal spending on the bureau, more than $4 has been placed back in consumers’ pockets. The agency says it has saved or returned to Americans nearly $12 billion since 2011, while costing taxpayers $2.9 billion to operate.

But as congressional conservatives and the Trump administration look to slash federal regulations that they believe have harmed businesses and consumers, the young bureau has been targeted by opponents who want it eliminated.

Critics say the dollar relief the agency claims it has provided consumers is misleading because it fails to account for the costs businesses have absorbed or passed along to customers in the form of higher fees to comply with the CFPB’s regulations, which include new rules to make the mortgage market safer.

The figures also do not account for the hidden damage done to people who cannot qualify for loans under the new rules, agency opponents say.

However, NerdWallet found that nearly all financial consumers have benefited from the agency in some way. (Disclosure: NerdWallet CEO Tim Chen is a member of the CFPB Consumer Advisory Board.)

For example, the bureau slapped Wells Fargo with a $100 million fine last year following a fake accounts scandal involving some 2 million customers. The consumer agency has ordered other large banks, including JPMorgan Chase, Bank of America and Citibank and its subsidiaries, to pay back hundreds of millions of dollars in restitution, alleging they charged millions of their customers for services they never received.

The agency has also taken aim at debt collectors, who have threatened to have debtors arrested over unpaid bills; for-profit colleges, whose predatory lending practices have cost many borrowers tens of thousands of dollars; credit reporting companies, which the bureau says misled consumers about the cost and usefulness of the credit scores they marketed; and mortgage lenders, whose lax lending standards led to millions of foreclosures.

In addition, the CFPB created a new way of monitoring the financial landscape, building an online hub where customers could lodge grievances against companies and get support in fighting their problems.

Since going online in 2011, the bureau’s consumer complaint portal has collected more than 1 million responses. Unlike other government agencies that field consumer complaints, the CFPB posts its publicly, including the names of companies and a detailed description of the allegations.

Banking industry leaders want those narratives taken offline. They say the write-ups are riddled with inaccuracies and can be misleading for consumers, causing them to choose products and services that might not be best for them.

The mere existence of a CFPB complaint may force companies to resolve conflicts, says Raychelle Burks, who contacted the agency after she had problems setting up a repayment plan with her student loan servicer Nelnet.

Burks, an assistant professor of chemistry at St. Edward’s University in Texas, says the company refused to answer her calls and sent her letters claiming she was not responding to its inquiries.

She provided the CFPB and the Department of Education with the dates and times of her calls and copies of correspondence. Within days, Nelnet’s representatives contacted her to arrange a payment plan.

“Just filing the complaint and having a claim number — all of a sudden, this loan servicer acted completely differently,” she says.

NerdWallet’s review of the CFPB’s performance included dozens of changes implemented by the agency and their effect on the consumer marketplace.

NerdWallet found that the bureau helped stabilize a housing market and economy reeling after the Great Recession by requiring new levels of transparency with mortgages and investments. The agency says it has returned billions of dollars in improper fees to credit card holders and has given all consumers additional credit card rights.

“We know exactly what the landscape would look like without the CFPB,” Democratic Sen. Elizabeth Warren of Massachusetts told NerdWallet. “We saw it in the 1990s and in the 2000s in the run-up to the biggest financial crash since the Great Depression.”

Not only did the agency help the nation recover from the recession, but it also will help prevent another crash, she said.

Warren helped start the agency and has been a lightning rod for its critics who say the CFPB has misinterpreted laws, stifled business expansion and made it difficult for companies to plan or budget for the future.

Those opponents are pushing to gut the bureau or at least sharply curtail its powers. Removing its director, viewed by some as a rogue regulator, had been a priority.

“The CFPB is potentially the most powerful, unaccountable agency in the history of government,” Rep. Jeb Hensarling, a Texas Republican and chairman of the House Financial Services Committee, told NerdWallet. “I don’t know how you can believe in democracy and believe in the CFPB.” 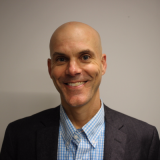