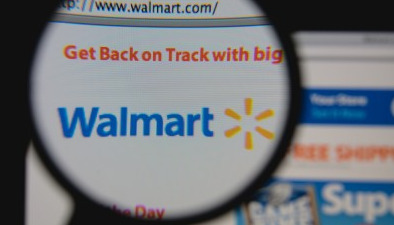 Wal-Mart Stores, the nation’s retailer, is jumping into banking with the help of Green Dot, which also provides prepaid debit cards to the chain.

With GoBank, Green Dot provides a low-fee checking account that comes with a debit MasterCard as well as online and mobile options. The overdraft-free accounts will be available at stores nationwide by the end of October. While a fee of about $3 is required initially, a monthly charge of almost $9 can be avoided by having at least $500 in direct deposits made during the period, Green Dot’s website says.

Wal-Mart’s long-expected move comes as some of the biggest U.S. banks have offered low-cost options to attract consumers who don’t have bank accounts, a surprisingly large group. Government estimates suggest as many as 17 million American adults fit this description, handling most of their financial transactions with prepaid debit cards and using pricey alternatives such as payday lenders and pawnshops when funds run short.

Surveys suggest some consumers avoid setting up a checking account out of fear they may run up overdrafts or bounce a check, incurring fees that often reach $35 or more for each instance. Overdraft fees alone topped $30 billion last year, according to industry estimates, while so-called underbanked Americans paid out thousands in charges and interest, on average.

“Wal-Mart customers want easier ways to manage their everyday finances and increasingly feel they just aren’t getting value from traditional banking because of high fees,” Daniel Eckert, Wal-Mart’s senior vice president of services, says in a company statement. With GoBank, he says, “our customers will have exclusive access to one of the most affordable, inclusive and easy-to-use checking accounts in the industry.”

To get started, you have to buy a kit for $2.95. That lets you set up an account online using a computer or mobile device. Included is a temporary debit card to use until your identity is verified, when you’ll get permanent plastic in the regular mail. An initial deposit has to be at least $20 and can’t top $500. After that, there’s no minimum balance required, but you can’t put in more than $2,500 cash in a single day, or more than $3,000 in any 30-day period. You don’t need a minimum credit score to open an account.

Green Dot is offering an additional benefit in the form of an early payday. If it receives notice that a payroll direct deposit is coming, the funds will be made available even before the money arrives. Deposits can also be made using mobile device cameras. Using an out-of-network automated teller machine costs $2.50 per transaction, plus whatever fee the ATM operator charges. But the bank’s network has 42,000 machines.

Sending money will be easy too. You will be able to pay bills and send money to friends using email and text messages from a GoBank account, at no extra charge. But there are no paper checks provided with this checking account.

Finally, perhaps in a hand-holding attempt to guide you if you’re new to banking, GoBank’s “Fortune Teller” will analyze a potential purchase, comparing the cost with your available balance and expected direct deposits. The tool will determine if the purchase is within your budget or if you should put it back.

Big banks that have recently introduced low- or no-fee deposit accounts include Citigroup, Capital One Bank and KeyBank. Some aim specifically at the 8.2% of U.S. households classified as unbanked in a 2011 report from the Federal Deposit Insurance Corp. That’s 10 million households, or 17 million adults who rely on payday lenders, check-cashing stores and prepaid debit cards to pay bills and handle finances. Earlier this week, Citi said about 21% of U.S. consumers making $30,000 or less each year don’t have a checking account, largely because of fees and minimum balance requirements.

Unbanked households can run into obstacles when trying to establish credit, save for retirement or buy a home. For banks, they represent an untapped market.

“GoBank is breaking down the barriers to traditional banking and brings the benefits of a FDIC-insured checking account that’s loaded with features to a large segment of Americans,” Steve Streit, Green Dot’s chief executive, says in a prepared statement.

Even politicians in Washington have recognized the issues involved. Some, including Sen. Elizabeth Warren, a Massachusetts Democrat, suggest the floundering U.S. Postal Service should revive its one-time banking role to offer such services at low costs. The average underserved household spends an average $2,412 on fees and interest for non-bank financial services, according to a Postal Service report.

That’s a lot for those living on low incomes, and any help they can get to save a big chunk of it could put more spending money their pockets the next time they walk into one of Wal-Mart’s almost 5,000 U.S. stores.