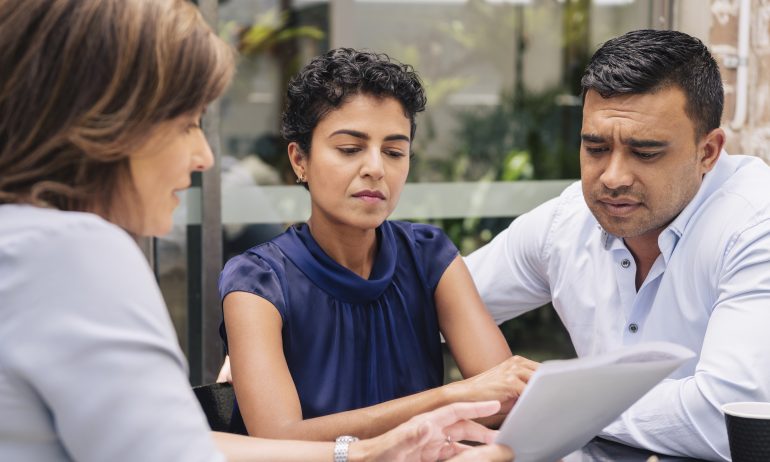 Cash management accounts are the latest darlings of the high-interest savings world. These hybrid accounts, which combine services and features similar to those of checking, savings and investment accounts, are typically offered by nonbank financial service providers and carry an attractive annual percentage yield.

But according to a new NerdWallet survey, the vast majority of Americans (85%) don’t know what a cash management account is. Given current rates, switching to one of these accounts could boost the interest they’re earning on their money.

In a recent online survey of more than 2,000 U.S. adults, commissioned by NerdWallet and conducted by The Harris Poll, we asked Americans what a cash management account is, what interest-accruing accounts they currently have, how they feel about the interest rates on those accounts and why they haven’t yet opted to switch to a financial institution with higher rates.

Americans have accounts earning interest, but don’t all know their rates

The youngest generation is more likely to say they are satisfied with the rates on some or all of their accounts compared with some of their older counterparts – 72% of Gen Zers with financial accounts that earn interest say they are satisfied with at least some of the rates on their accounts, compared with just 56% of Gen Xers and 57% of boomers.

“It’s hard to say whether more Gen Zers are satisfied because they’re actually earning more interest, or because they don’t know what rates to expect,” says Arielle O’Shea, NerdWallet’s banking specialist. “However, the survey implies it might be the former: This generation had the highest proportion of those taking advantage of cash management accounts, which often have higher interest rates than traditional options like savings accounts.”

According to our survey, roughly half of Americans who have financial accounts that earn interest (51%) prefer the simplicity of having all of their accounts at one financial institution, whereas almost a third (31%) prefer to have their accounts at different institutions to get the best rates. Younger generations tend to prefer the simplicity of using just one financial institution – 58% of Gen Zers and 55% of millennials with interest-accruing accounts say this compared with 47% of boomers.

While more than 4 in 5 Americans with a financial account that earns interest (83%) say they would switch financial institutions to use another type of interest-earning account if it had a higher interest rate, only 4% have actually done this. Here’s why they haven’t made the switch yet:

Millennials (18%) and Gen Xers (19%) with interest-accruing accounts are more likely to say they haven’t made the switch because they don’t know which financial institution to switch to; just 12% of boomers say this.

Despite these reservations, the large majority of Americans with financial accounts that earn interest (83%) are willing to go to a different financial institution for a higher interest rate. We asked them how much higher the rates would need to be for them to make the switch.

A quarter of Americans with interest-accruing financial accounts (25%) would switch institutions to use another type of interest-earning account with at least a 1% interest rate hike, which is likely attainable for those who are currently using traditional savings accounts at brick-and-mortar banks as opposed to online savings or cash management accounts.

Think about choosing a new bank and/or account: If your interest-accruing account doesn’t offer a rate that satisfies you, check out your options for other types of accounts or even a different financial institution. Close to half of Americans with financial accounts that earn interest (48%) say they’d need a 3% or higher rate hike to consider switching institutions to use another type of interest-earning account — which isn’t realistic outside of an investment account. But even a smaller rate increase could make a difference.

Say you put an initial deposit of $1,000 into a savings account, and contribute $100 a month to the account. After five years at a 1% interest rate, you’d have a balance of $7,207. If that rate was 2%, your balance would be $7,421. That’s more than a $200 difference, simply by choosing a bank account with a 1% higher rate. While likely not a life-changing amount, it does mean extra cash just from choosing an account and institution with a better interest rate.

“Keeping accounts at different financial institutions might require a bit more effort, but it’s something you likely already do in other areas of your financial life — consumers often use multiple credit cards, pay multiple utility companies and have several investment accounts,” O’Shea says. “Spreading out your money is worth it to get the best rates available, and you can simplify things by setting up direct deposit or automatic transfers to fund those accounts.”

Decide if a cash management account is right for you: For those who really don’t want to manage accounts at multiple financial institutions, a cash management account might be a good option. Many have rates comparable with online savings accounts, but without limits on how many transfers can be made in and out (by law, only six monthly transfers are permitted from a traditional savings account).

Cash management accounts often have features such as mobile check deposit, check writing and bill pay, and funds are typically swept into partner banks where they acquire the FDIC insurance common to traditional bank accounts.

Learn how to switch banks with relative ease: One of the biggest reservations Americans have about switching financial institutions is that they already have bills or direct deposit set up at their current bank. This is a fair reason to put off picking a new institution, especially for those who have a lot of automatic transactions from month to month. But if you want to capitalize on higher interest rates at another bank, follow these steps on how to switch banks.

Another tactic: Instead of paying multiple recurring expenses from your checking account, put recurring bills on a credit card and set up your new account to pay off your credit card bill each month. Go this route only if you trust yourself to pay off the card in full every month; you don’t want to be on the losing side of interest by paying the high rates of a credit card.

This survey was conducted online within the United States by The Harris Poll on behalf of NerdWallet from Aug. 5-7, 2019, among 2,005 U.S. adults ages 18 and older, among whom 1,743 have a financial account that earns interest. This online survey is not based on a probability sample and therefore no estimate of theoretical sampling error can be calculated. For complete survey methodology, including weighting variables and subgroup sample sizes, please contact [email protected].

Erin is a credit cards expert and studies writer at NerdWallet. Her work has been featured by USA Today, U.S. News and MarketWatch. Read more