With some of the top online banks and credit unions offering interest rates around 2%, keeping money in an old-fashioned bank with a tiny savings rate isn’t much better than keeping it under your mattress.

Many credit unions and online banks offer outstanding interest rates that handily surpass those of traditional banks. Although the difference between 0.01% and 2% may not seem like much, over the long term it can really add up. Here’s how much that difference could have earned you in 2018, and how much it can earn you over the next decade.

Imagine it’s January 2018 and you have $1,000 in the savings account of a big, traditional bank like Chase or Wells Fargo. Then you add $100 per month for the rest of that year. At a 0.01% interest rate, you would have earned only $1 in interest by December.

But imagine you put that same $1,000 and $100 per month into an account with a credit union or online bank that generates 2% interest. At that rate, you would have earned $34 by December.

Thirty-three more dollars might seem like a small payoff for the hassle of switching your bank, but with a larger deposit and a longer timeline, the stakes can be much higher.

In contrast, by switching that $10,000 and $100 per month to a high-yield online savings account or credit union that offers 2% interest, you would earn $1,367 in interest over five years and $3,509 over 10, thanks to the higher interest rate and compound interest, which boosts returns over time.

How that extra money could work for you

Developing the right strategy for all that extra cash can make it even more powerful. Perhaps you want to invest it, or put the money toward some other financial goal.

“No matter where the savings are coming from — whether it’s the interest on your cash or the income that you make — you should really have a system around goals and savings,” says Douglas Boneparth, president of Bone Fide Wealth, a Manhattan-based wealth management firm.

“When you create a goal system, first you want to identify what your goals are and what you want to put that money towards,” he says. “Second, you want to determine how much is that goal going to cost in both money and time, and third, you want to establish your goal priorities and know which of your goals is most important to you.”

That spare cash could contribute to such goals as bulking up your emergency fund, buying a home, or even increasing your lifestyle spending, Boneparth suggests. But he notes that even earning 2% on your money might just barely keep up with inflation. So for such big-picture goals as financial independence, retirement or sending your kids to college, it’s smart to invest the extra cash for a higher long-term rate of return — for example, via a diversified investment fund.

Other benefits of alternative savings accounts

In addition to having interest rates that tend to beat traditional brick-and-mortar banks, online banks and credit unions offer other perks that might make the switch worth it.

For instance, these financial institutions tend to have lower (or no) fees because they have less overhead than brick-and-mortar big banks. Many also grant access to a network of free ATMs, like Allpoint or Moneypass, which have tens of thousands of locations around the United States.

There may be some drawbacks — like the inability to meet with customer service representatives in person, or the potential difficulty of depositing cash in an online account — but for customers who are willing to work around such issues, the extra interest earned could be worth it. 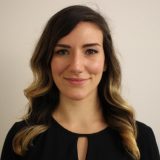