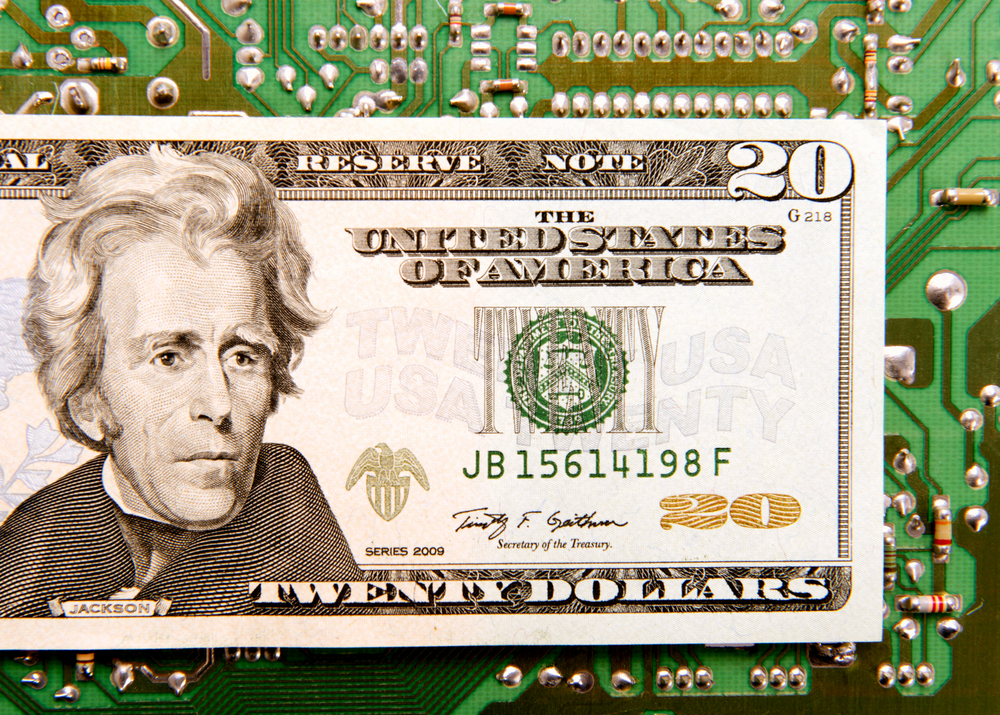 If Google’s search engine started keeping bankers hours, people might take to the streets with pitchforks and torches. But a digital payment that takes over 72 hours to clear because you placed it on a Friday night? In the U.S., that’s the status quo.

At Bank of America, mobile payments take at least one business day to process. SnapCash, SnapChat’s new payment system powered by Square, completes transactions in one or two business days; cashing out on Venmo takes the same amount of time. With Google Wallet, it takes three or four. All these transactions go through the same Automated Clearing House network, or ACH, a system that’s over 40 years old.

Here’s what happens: When you make an online or mobile payment from a checking account, your bank processes your draft request and sends it to the ACH network with a batch of others. From there, the draft goes into one of two systems – one run by the Federal Reserve or the other, operated by The Clearing House (TCH), which is owned by commercial banks. The ACH network then sorts the transaction and makes the money available to the recipient, and the payment is complete.

The process takes one or two business days. And even though the system is automated, the machines still keep a banker’s schedule – no holidays, weekends or evenings. Why?

“You’ve got to think about it as a system that was conceived and implemented in the ’70s,” Elizabeth McQuerry, a former Federal Reserve payments system manager, said last year in an interview on National Public Radio.

Early this year, NACHA, a nonprofit group that set the rules for TCH operations, said it would take steps toward implementing same-day processing for all transactions, a move expected to take years to accomplish. In 2012, NACHA members rejected a similar effort. In October, TCH said it would build a real-time network capable of providing “immediate payments” to participants, describing it as “a multi-year effort.”

“The digital economy moves in real time, and our customers expect us to keep pace,” TCH Chairman Richard Davis said in a statement. He is also head of U.S. Bank.

The Fed, which applauded the industry’s step toward a same-day system in April, has offered that service since 2010. But relatively few financial institutions participate. One disincentive may be that the Fed charges banks slightly more to use the speedier process.

Some service providers are a step ahead. Dwolla, a Des Moines, Iowa-based startup, offers consumers the ability to make real-time payments. In October, the company partnered with Spain’s giant BBVA financial group, which runs Compass Bank in the U.S., to give its depositors easy access to the system.

Still, even Dwolla’s system can be less than instant when it relies on banks and other types of institutions that aren’t part of its FiSync network. Settlements can take as many as four days in some cases. Moving the decades-old system financial institutions increasingly rely on is complicated. And at the moment, some participants still profit from its slow pace.

Banks can invest funds overnight or for a few days to earn returns during the time that money is committed to a transaction but not yet paid out, sometimes referred to as the float period. Even some digital payment services may gain in similar ways. Although the user agreement for Venmo, an online and smartphone payments app, says it “does not typically receive interest” on their money, it stipulates that customers “irrevocably transfer and assign to company any ownership right” to interest that may accrue to pooled funds that it deposits in banks.

Then there’s the cost issue. Someone would have to pay for the new infrastructure ACH plans to build. And if payments it processes settled immediately, that may present a financial hardship for smaller banks and credit unions as they adapt and replace old systems and methods. For one thing, float periods – and any returns they may provide – would disappear.

But there’s much to be gained from quicker settlements. Last month, more than 90% of payroll professionals said that same-day ACH processing in the U.S. could help support their business needs, according to a NACHA survey. More than 35 countries, including Mexico, India and Poland, currently have networks that clear electronic payments in less than a day, according to a report by data firm Celent.

For both businesses and consumers, faster payments can make a big difference. The Fed reportedly estimates businesses could save $10 billion to $40 billion with a more efficient network. With speedier processing, customers might also have an easier time avoiding late fees and overdraft charges.