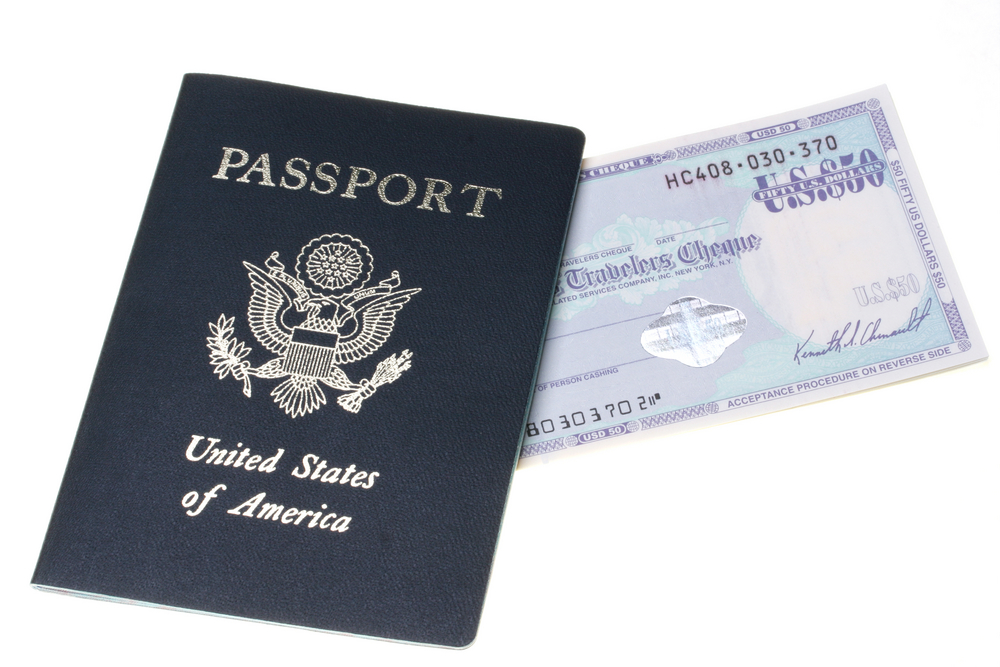 Traveler’s checks were once hailed as a convenient method of payment that vacationers  shouldn’t leave home without. Favored for their security, these drafts were frequently used by people who wanted a safe way to carry their money to make purchases on international and domestic trips. Now, most major banks and credit unions no longer issue them, and they’re increasingly difficult to use, as consumers turn to credit and debit cards instead.

A traveler’s check can be used like cash. To get one, you pay a certain amount to the issuer, to cover the check amount plus fees, then sign the check upon receiving it. You would then either use that check at a store to pay for goods or take it to a hotel cashier or a bank to cash it, countersigning the draft in person to help verify your identity.

Since each draft has a unique number, it can be refunded if lost or stolen. Traveler’s checks can also be purchased in different currencies, helping buyers avoid fluctuating exchange rates and fees during their excursions.

According to Federal Reserve data, about $3.3 billion in nonbank traveler’s checks were in circulation as of June, down 64% from $9.2 billion in August 1997. In addition, many major banks, including Bank of America, JPMorgan Chase and Wells Fargo, no longer issue traveler’s checks, and the number of stores and banks that honor them has declined. American Express, the company that started circulating traveler’s checks (or “travelers cheques”) in the U.S. more than a century ago, is among the few issuers still offering them, along with Visa.

Here are some reasons for the declining popularity of traveler’s checks:

Many banks and stores have tightened guidelines to guard against fraud, analyzing traveler’s checks for watermarks, paper texture and patterns to make sure they’re legitimate – all of which make using the drafts less convenient. In some cases, a manager may have to authorize your check before it’s cashed, and you may be asked to provide two forms of identification, your phone number, address and employer’s information.

Travel credit cards and debit cards began replacing traveler’s checks on the international scene in recent years. Since some travel-friendly credit cards don’t charge international transaction fees, they make spending money abroad less costly while providing a secure and simple method. While most banks charge fees for using a foreign automated teller machine as well as on transactions when a debit card is used internationally, this isn’t always the case. Some travelers may also opt to use prepaid debit cards, since they can be purchased in most currencies. MasterCard recently replaced traveler’s checks it used to issue with prepaid travel cards, hailing them as “more convenient.”

This migration towards plastic isn’t just domestic: the Payments Council Board in the U.K. agreed to phase out paper checks by 2018, citing a 40% decline in use between 2004 and 2009. By promoting alternatives, they hope to wean consumers off checks. If it occurs, traveler’s checks may be obsolete in the U.K., and other countries may follow suit.

Since traveler’s checks are increasingly less common, using them is becoming more difficult and time consuming. Some consumers complain that intended recipients’ unfamiliarity with how these checks work can make it impossible to cash them in certain countries, even in banks that are supposed to accept them. If you want to spend more time traveling and less time in front of the cash register or bank counter, different payment methods may be easier to use.

The future of traveler’s checks

As technology improves, the answer to the question, “What is the safest method of spending abroad?” is changing. While travel credit cards are becoming the fastest and most cost-efficient way to pay abroad, consumers still need a backup, such as cash, since not all stores and service providers accept credit or debit cards. Yet one old standby, the traveler’s check, appears to be well on its way out.