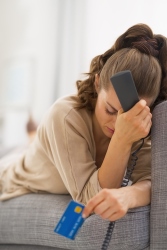 Thanks to the Credit CARD Act of 2009, unfair credit card practices such as over-limit fees are going the way of the dinosaurs. But there remain several gaping holes in card regulation. Surprise features still exist for consumers who, for instance, co-sign a credit card with their child and find that this can affect their credit report decades after the child turns 21. The road to safer credit card practices is still being paved, but let’s consider several unregulated practices where the CARD Act falls short of protecting the consumer.

1. The unequal state of interest rates

Although the CARD Act has established that issuers cannot change rates during the first year (with some exceptions) and must provide 45-day notices of such changes, the fact remains that card issuers can still use “bait and switch” methods of drawing consumers to their products. A low APR credit card one year can quickly become an unreasonable APR card, 34% or higher, by the second year—when it becomes legally permissible. It just depends on how the issuer calculates its rates. Just as important, a cash advance can have a much higher APR than regular transactions. The varied APRs make it more difficult for someone to plan their personal limit on credit per month.

» MORE: What the Credit Card Act means for consumers

2. All or nothing: the late fee trap

Unfortunately, even if you miss one dollar on your credit card payment, you can be considered late—and have to pay a late fee. As of 2014, the card issuer cannot charge more than $26 as a late fee, but if you are late a second time within the same six months, you can be charged up to $37. Even if an electronic payment is delayed in processing due to a weekend or holiday, a late fee can be charged.

The CARD Act put a stop to issuers charging consumers on the portion of a balance paid within a grace period or charging interest from a previous billing period (known as “double cycle billing”). However, “trailing interest” still exists. This occurs when a consumer who carries a balance pays it in full one month and then sees interest from that balance in the next month. They typically are charged between the statement date and the date the payment is received. Some banks have justified this by saying that interest can be charged for two months on accounts with unpaid balances, even if the consumer pays off the whole balance the first month.

Despite the fact that deferred interest plans cannot be advertised or retroactively considered to be “0% APR,” they can still come back to haunt consumers who fail to pay the full balance by the due date. A recent instance of this involved a medical credit card by CareCredit. In December 2013, the Consumer Finance Protection Bureau ordered CareCredit, a subsidiary of GE Capital Retail Bank, to issue refunds to more than a million patients who were deceived by a credit card with a deferred interest plan. At the end of a promotional period of “no interest,” any consumer with a remaining balance had been charged with an interest rate of more than 26% retroactively, all the way to the date that charges were made.

In this case, deceptive advertising and insufficient explanations occurred during members’ enrollment, but deferred interest plans remain at large. There is pressure for the CFPB to ban them altogether, but until that happens, beware such plans.

Although the CARD Act requires all consumers under 21 years old to have co-signers to open a line of credit, the older co-signer can find herself bound to the agreement indefinitely. Now add in the fact that co-signers must approve credit limit increases until the consumer turns 21, but that after that age no approval is needed. This means that even a decade or two down the road, one parent’s credit score can be drastically affected by one child’s bad credit habits.

As of now, issuers can assume that new terms and conditions for a credit card have been accepted if the consumer keeps using the card. Even if new terms are mailed or emailed, any changes to penalty fees or card rewards can become buried in the fine print. Consumers who keep using the card can might find hiked-up interest rates that they didn’t realize they agreed to.  A more explicit means of receiving a consumer’s acceptance of new terms would resolve this issue.

7. The phantom of legal support

According to the CFPB’s preliminary study in December 2013, 9 out of 10 arbitration clauses in big banks’ credit card contracts forbid class-action lawsuits. This means that upon signing a contract, the consumer cannot call upon the court to receive any remedy for wrongs done by the card company. The study also found a trend that consumers don’t file arbitrations for small-dollar disputes, so if many people endure small but unwarranted fees, there’s no means of creating a substantial case against the company.

The road to adequate consumer protection is still unfinished. Loopholes can leave consumers paying unreasonable fees and susceptible to unwanted surprises. Despite the Credit CARD Act’s great progress toward more transparent billing and rights for consumers, more remains to be done to ensure that consumers feel steady with their credit and their contracts.