This article has been updated to reflect changes made to the Delta SkyMiles® Blue American Express Card since its introduction in September 2017.

Delta Air Lines and American Express have launched a credit card designed for “new or casual” travelers, with bonus rewards on restaurant purchases and a $0 annual fee.

Learn More
The new Delta SkyMiles® Blue American Express Card earns 2 miles per dollar spent at restaurants, 2 miles per dollar on purchases made directly with Delta and 1 mile per dollar on all other spending. New cardholders can earn a modest bonus: Earn 10,000 bonus miles after you spend $500 in purchases on your new Card in your first 3 months. Terms Apply. Cardholders also receive a 20% in-flight savings in the form of a statement credit after using your card on eligible Delta in-flight purchases of food, beverages and audio headsets.

(The Delta SkyMiles® Blue American Express Card initially launched with a 2.7% foreign transaction fee, but that fee was eliminated in January 2020.)

Delta’s new card fits into a trend among airlines of courting newer and infrequent travelers with no-fee cards. United Airlines just introduced a no-fee card that sidesteps the often-confusing terms of frequent flyer programs. American Airlines has been touting its own starter card.

“We purposefully built this card with the new or casual traveler in mind,” Delta executive Sandeep Dube said in a news release announcing the card. Dube said Delta’s research found that restaurant rewards are especially appealing to such consumers, which is why the new card offers 2X rewards on dining out.

Like the other no-fee airline cards, the Delta SkyMiles® Blue American Express Card does not offer free checked bags or priority boarding, which are common benefits on major carriers’ annual-fee cards. Free bags can can quickly make up for the cost of the fee on those cards.

Delta is celebrating the launch of the card with a contest dubbed “Taste for Travel with #DeltaAmexBlue.” Members of the airline’s SkyMiles frequent flyer program can enter for the chance to win a trip for four to Nashville, Tennessee, filled with dining experiences. To enter, you have to post a photo and caption on Instagram or Twitter saying why you deserve to win, and include the tags #DeltaAmexBlue and #Contest. Entries will be accepted from Sept. 7 through Oct. 12, 2017. 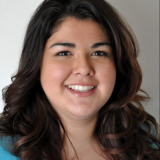 Melissa Lambarena is a credit cards writer at NerdWallet. Her work has been featured by The Associated Press, New York Times, Washington Post and USA Today. Read more