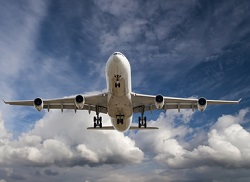 If you’ve tried to redeem your credit card’s frequent flyer miles for a ticket recently, you may have noticed that it’s gotten harder than ever. In recent years, airline mergers have cut the number of flights – and upgrades – available, making it increasingly difficult to use your miles when and where you want. In response, airlines have expanded the number of options you have when redeeming your points, offering customers everything from food processors to tennis lessons with Andre Agassi.

According to most sources, the average value of an airline mile is 1.4 cents. Most carriers offer domestic, round-trip coach tickets for 25,000, or an average of $350 in cash. True, anything you get for your points is a bonus, but there’s no reason not to search for the best deal. So how shouldn’t you use your miles? Let’s look at the worst option first.

While you do get something out of redeeming your miles for merchandise, it’s still not a very good use of your points. Take Delta’s or United’s stores, for instance. You could buy a Brother computerized sewing machine from Delta for 67,000 miles, or a Dyson vacuum from United for 100,900 miles. However, you could also buy those items for $149 and $429 on Amazon, giving you between .22 and .42 cents per point.

It’s a far better idea to use your affiliated credit card to buy one of these items at the best price possible on a site like Amazon. Then use the points you accrue in the best possible way – a flight.

Redeeming your miles for hotel stays or car rentals

If you’re going to take a flight, you’re probably also going to need somewhere to stay when you get to your destination, and possibly a car to drive while you’re there. It makes sense that airlines now allow you to redeem points for nights at participating hotels and car rentals, too. But it’s still not as good a deal as a flight.

You can redeem points for a night at New York’s Andaz Wall Street on with both American Airlines and United. On Kayak, a night costs $166. On American, it costs 29,600 (or .56 cents per point) and on United, it costs 25,950 (or .63 cents per point). There’s the same spread at the Sheraton Tribeca. However, American is the clear winner if you’re looking to rent an economy car from LaGuardia. Your cheapest option only costs 7,000 miles per day for a $72 value, or a whole cent per point, while if you book through United, it’s 15,000 miles (or .48 cents per point).

Ok, so redeeming for off-peak flights isn’t a terrible way to go. And some airlines restrict the availability of award flights during busy days, so if you aren’t willing to check frequently, this might be the among the best option you can get. But for flat-rate award flights, you’re best off if you redeem for tickets that would be expensive if you paid in cash. For example, if domestic award flights are 25,000 miles each, it’s better to redeem for a flight that’s going for $350 instead of one going for $150. Unless the airline levies a surcharge for late bookings, last-minute flights can also be a better option than lower-cost flights.

Of course, the absolute worst way to use your miles is to let them expire. Some cards also require you to forfeit your miles and other rewards if you fail to make on-time payments. If you’ve earned points, someone should get to use them. But if you’re looking for the absolute best deal, a flight is still it. In fact, a first class, round-trip ticket from LaGuardia to Heathrow, booked a week ahead of time, is 147,500 miles on United and retails for $15,059 on Kayak. That’s 10.2 cents per point. So for the best value, save up your points and splurge.