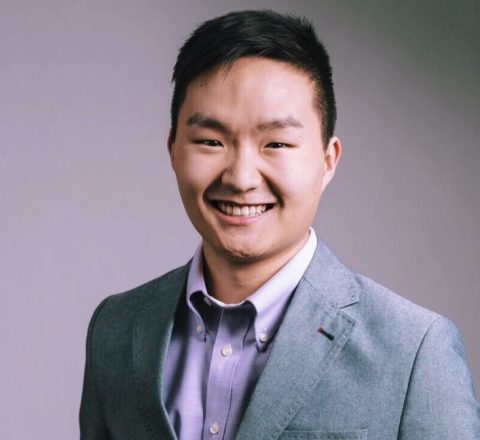 If saving money is like losing weight, Austin Langlois has tried every diet in the book.

As far as budget profiles go, he says he classifies as “the person who has tried everything, and it doesn’t work for them.”

From the old-fashioned envelope system to tracking purchases in Excel, he tried it all without success.

Langlois loves to travel, try new apps and tune into personal finance podcasts. He’s not so keen on spreadsheets or itemized budgets. And like other millennials, he grew up against a backdrop of national economic uncertainty.

“My dad is a builder, so when the 2008 crash happened, it was very financially stressful, I think, for my parents,” he says. “It was only because of their really great budgeting and foresight into saving money beforehand that helped us to survive the crash of 2008 in an industry that was hit the hardest — the housing industry.”

The 24-year-old public relations account executive says that experience taught him firsthand the importance of saving money. So when he moved from Michigan to Florida in early 2017 to pursue a new job, he didn’t just uproot his life; he uprooted his finances, too.

Here’s how he finally made budgeting work.

Do it your own way

Langlois set a goal for himself: build an emergency fund in case the unexpected happens. In just three months, he says he’s saved $3,000.

In a perfect world, you should have at least three months of expenses set aside for emergencies, but it’s OK to start small. Aim for $500. 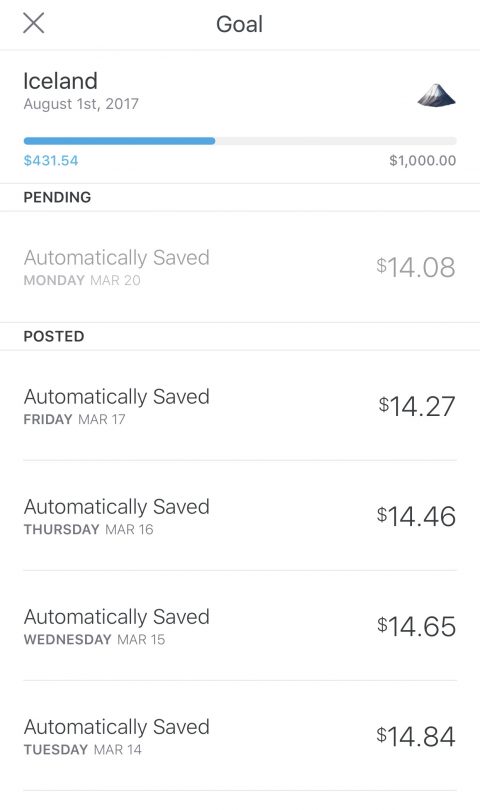 Now that Langlois has already built a reserve, he is simultaneously setting aside extra cushioning for a rainy day and saving money for a trip to Iceland he’s planning to take later this year.

He does it, in part, with the help of Digit, an app that promises to help users “save money, without thinking about it.” The download analyzes your spending habits and almost unnoticeably withdraws money from your checking account and puts it in a Digit account. When you need the funds, just send a text to get it back the next business day.

» MORE: 10 ways to trick yourself into saving

He also relies on Betterment, an automated investing app. He scheduled it to deposit $200 from his checking account on the first of each month. He likes that because he can save without thinking about it.

“I was attracted to the apps because they seemed like cool, unique ways to save money that no one else was really using,” he says. “I’m an early adopter, so I wanted to try new things.”

Langlois has one friend who relies on a detailed Excel sheet for budgeting and another who uses a savings account, but he says these more traditional methods just don’t work for him as well as technology and automation.

Learn to say no

But apps haven’t done all the work. Langlois pays his monthly bills with a credit card to earn points for travel, then pays off his balance in full each month.

He also says he makes discretionary sacrifices. He eats out less and brings his lunch to work since moving to a big city with a higher cost of living. And despite living in sunny Miami, sometimes he has to scale back on his outings.

Despite being in his early 20s, Langlois already thinks about retirement. He says he wants to start being financially responsible while he’s young so he won’t have regrets when he’s older.

This forward-thinking mindset keeps him motivated. Along the way, he’s also learning that long-term achievement is more rewarding than short-term satisfaction. He heard about the phenomenon via a happiness podcast by author Gretchen Rubin.

“The ice cream cone that you buy for dessert today, you get some happiness from it,” Langlois says. “But there’s greater happiness in saving and looking forward to a Disneyland trip every single day, and then when you do have the trip, it adds an additional happiness bonus onto what you’re doing.”

He hopes he’ll feel that way when he embarks on his Icelandic adventure this summer.