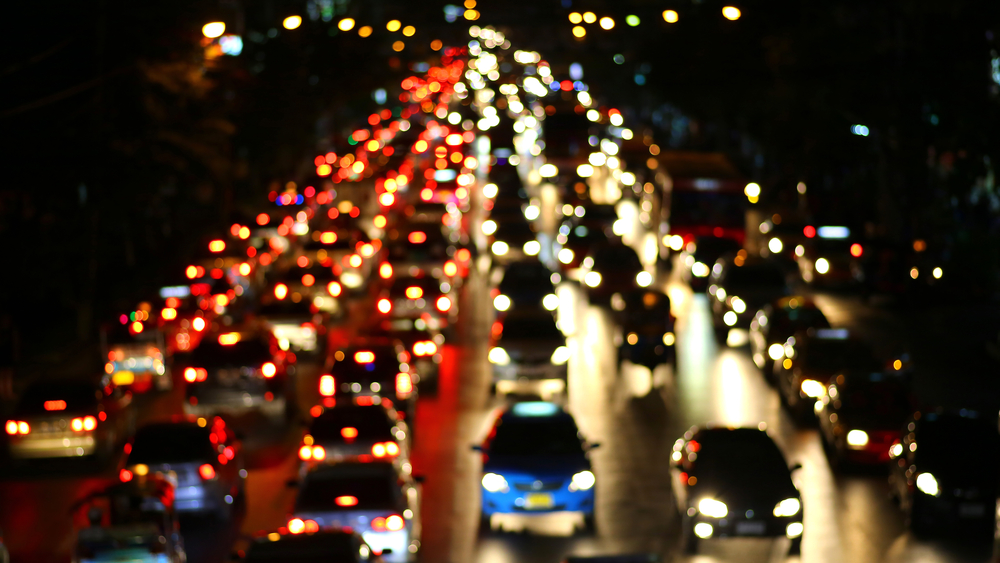 Atlanta traffic is some of the worst in the country. Experts say drivers here waste 51 hours each year as a result of congestion. But time isn’t the only thing gridlocked commuters lose. Traffic delays cost Atlantans a lot of money, too — starting with higher quotes for Georgia car insurance. But which residents have it the worst?

A new NerdWallet study has found Loganville and Snellville are the two worst suburbs for commuters bound for Atlanta. To determine the rankings, we analyzed the two major costs associated with commuting: time and money.

Gas and insurance are two costs that vary depending on your commute. Obviously, the more you drive, the more you spend on gas. However, gas prices fluctuate a surprising amount among Atlanta’s suburbs, with a difference of 13 cents between the highest and lowest averages. Similarly, insurance costs rise if you have a long commute. One factor that insurance companies use to determine premiums is the number of miles you drive.

In addition to car-related costs, the commute itself can negatively impact workers’ health, happiness and pocketbooks. The time workers spend commuting could be spent working or enjoying friends and family. Driving also takes away from time workers could spend exercising. Researchers have found that people who have long commutes have higher blood pressure and larger waistlines. Long commutes also increase stress levels, anxiety and the likelihood of depression.

NerdWallet determined the worst suburbs for Atlanta-area commuters by analyzing the following factors:

Loganville ranked as the worst suburb for commuters on our list. Located 36 miles east of Atlanta, Loganville drivers commuting to The Big Peach can take either Georgia Highway 20 and Interstate 20 or U.S. 78. The average Loganville driver commutes 36.2 minutes to work each day.

Snellville is about eight miles closer to Atlanta than Loganville, but it is still the second-worst suburb for commuters on our list. The average Snellville worker spends 32.3 minutes each way commuting to work. Snellville also has a high percentage of workers who drive alone to work — 81.7%, which is higher than the Atlanta-area average of 77.6%.

It takes drivers about 36 minutes to get from Lawrenceville to Atlanta without traffic, but with traffic, the commute often takes more than an hour. The percentage of workers who drive alone for their commutes is slightly less than the Atlanta-area average, 75.8%. However, their commutes are longer than average, 32.8 minutes.  This average includes drivers who do not commute to Atlanta.

Clayton County residents, where Riverdale is located, pay the most for gas in the Atlanta area. They pay $3.52 per gallon, which is almost 10 cents more per gallon than average. In addition to high gas costs, Riverdale residents face high car insurance rates. A Riverdale driver commuting to Atlanta can expect to pay about $1,500 for car insurance annually.

Suwanee is located in Gwinnett County, and according to the Census, only 57.9% of workers in Gwinnett County live and work in the same area—the rest leave the county. The average worker in Suwannee spends 31.8 minutes commuting each way in traffic.

Woodstock is the only place in Cherokee County to make the list. According to the census, only 41.6% of Cherokee County workers live and work in the same area. Woodstock workers in particular can expect to spend 33.7 minutes commuting to work each way on average.

Villa Rica is about 30 miles west of Atlanta. The average Villa Rica worker spends 34 minutes each way commuting, which is 18% more than the Atlanta area average of 28.74 minutes.

Drivers in Villa Rica face reasonable gas and insurance costs. Villa Rica is in both Carroll and Douglas counties, and the average gas price of the two counties is $3.43, which is the same as the state average. Insurance for drivers commuting to Atlanta is also similar to the state average — just $1,397.67 each year.

Sugar Hill is the place farthest from Atlanta to make the list. The suburb is nearly 40 miles northeast of Atlanta, and without traffic, it takes about 40 minutes to get to the city. However, with traffic, the trip can be well over an hour.

Sugar Hill drivers pay slightly more for car insurance than the Atlanta-area average, $1,388.42 each year, and significantly more for gas at $3.50 per gallon. That’s compared to an average of $1,375.46 each year and $3.43 per gallon, respectively.

Fayetteville is about 20 miles directly south of Atlanta. On average, it takes Fayetteville workers 33.1 minutes to get to work, and 84.1% of workers drive alone to work. Methodology
The overall score for each city was calculated from the following measures:

4. Average car insurance rates based on each suburb’s distance from Atlanta for a 2012 Toyota Camry from NerdWallet’s Car insurance Comparison Tool.