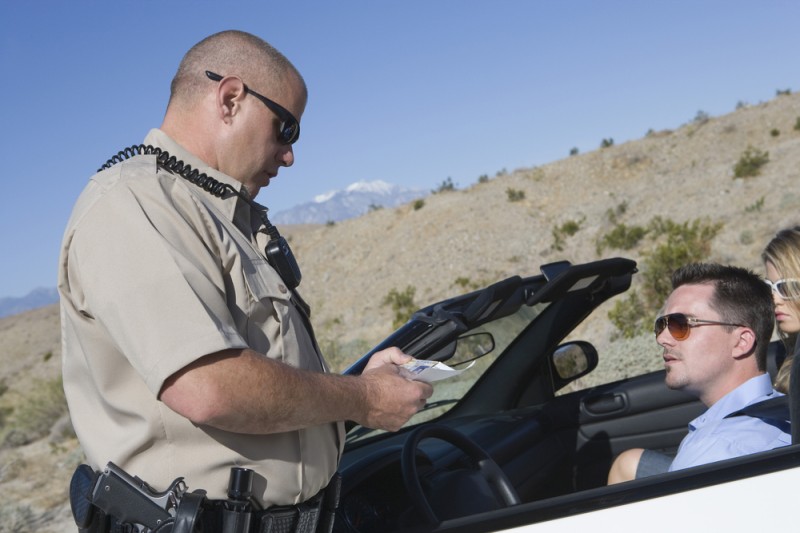 In Virginia, the average commute takes 27.9 minutes, which is the sixth-longest commute in the nation. With longer commutes come more opportunities to get a speeding ticket. Drivers who get caught speeding will have to pay a fine, $6 for each mile over the speed limit plus court costs, which results in a total fine of $141 for driving 15 miles per hour over the speed limit.

Some Virginia drivers, however, face steeper car insurance increases than others. After a speeding ticket, Richmond drivers face an annual car insurance increase of $81.85, as opposed to Christiansburg drivers, who face a much smaller increase, $52.33. Generally, the percentage increase Virginians face after a speeding ticket is consistent across cities—they pay about 7% more. The disparity in dollar increases can be primarily attributed to the different rates drivers pay from city to city.

What should you do if you receive a speeding ticket in Virginia?

You should note that court costs vary depending on if you fight your ticket or if you prepay. If you are eligible to attend a traffic safety course, it is often more financially responsible to take the course and avoid a conviction. If you receive a traffic violation conviction, it is a good time to re-shop for car insurance. Some carriers will overlook traffic violations, but unless drivers re-shop for insurance, they will likely not find the best rates.

Virginia cities where it is most expensive to get a ticket

Richmond residents may have to deal with less traffic than some of their neighbors in the state, a factor that usually contributes to lower insurance costs. According to the Texas Transportation Institute (TTI), Richmond drivers face delays comparable to other similarly sized cities, like Birmingham, Alabama, and Rochester, New York. The city’s average commute is also lower than the state’s. However, the number of Richmond residents living below the poverty line is more than twice the state average, a factor that can raise insurance costs.

Norfolk is one of a few eastern Virginia cities to make the top 10. Its residents pay the second highest cost for speeding in the state, with an average three-year insurance increase almost $15 below Richmond’s. Norfolk drivers who are caught speeding will see their premiums go up by an average of $77.17 per year.

Although Richmond is Virginia’s capital, Norfolk is actually more populous, and has a higher population density: 4,486.4 people per square mile. This typically means more congestion, which can also translate to higher insurance rates. Like Richmond, Norfolk has a higher than average number of residents living below the poverty line, a factor that can influence average car insurance premiums as well.

About 25 miles south of Richmond, Colonial Heights has the next highest true cost for a speeding ticket. Its drivers pay a lower insurance rate before a speeding ticket, compared to Norfolk or Richmond, but they’ll still see their premiums increase by an average of $72.88 annually if they’re caught speeding. They’ll pay an additional $218.64 in insurance over the three years the ticket remains on their record.

Colonial Heights is much smaller than both Richmond and Norfolk, and much more affluent. Only 7.3% of its residents live below the poverty line—lower than the 11.1% average for the state overall. Dinwiddie County has an unemployment rate of 6.9%, only slightly above the national average. Though these factors may lead Colonial Heights drivers to pay less for auto insurance before a violation, they’ll still pay the price when it comes to speeding.

A close neighbor to Norfolk, Portsmouth has the fourth most costly insurance increases in the state. Residents pay a bit less than their neighbors in Norfolk for insurance if they have clean records; they’ll pay about $15 less over three years if they’re slapped with a speeding ticket, for a total of $215.88.

Though it’s close to Norfolk, Portsmouth’s lower rates—both before and after a ticket—may be explained by a few factors. First, Portsmouth is smaller and has a lower population density than Norfolk: 2,838.8 people per square mile.  Its residents also have a slightly higher median income—$46,269—and fewer live below the poverty line. Finally, it has a substantially lower rate of vehicle theft than Norfolk.

Petersburg is about twice the size of Colonial Heights, and has a higher level of poverty. Almost a quarter of residents live below the poverty line, almost as many as in Richmond. The community also has a much higher rate of vehicle thefts than Colonial Heights, though the rate of property crimes isn’t significantly higher. This may influence Petersburg’s higher base rate, though its increase is a bit lower than Colonial Heights’.

A Washington, D.C. suburb, Falls Church drivers pay the sixth highest insurance penalties for speeding in Virginia. Their average annual increase is $71.42, or a total of $214.26 over three years. This is just lower than Petersburg’s, and gives Falls Church the largest insurance increase in Virginia’s D.C. metro area.

It should come as no surprise that its proximity to D.C. raises Falls Church drivers’ insurance rates, both before and after a ticket—primarily because of traffic. According to the Texas A&M Transportation Institute, D.C. has the worst traffic congestion in the country, with its residents spending more time in traffic than those in New York, San Francisco and even Los Angeles. Those in Falls Church pay the price for being within commuting distance of the nation’s capital.

Just east of Falls Church, Fairfax drivers face a slightly lower insurance increase after a speeding ticket. However, its rates are very similar to Falls Church overall. Before a ticket, drivers can expect to pay an average of $950.90 in annual premiums. After, they’ll be charged around $1,021.55, or $70.65 more.

Like many of Virginia’s D.C. suburbs, Fairfax residents are likely to be much wealthier than the state average. The community’s median income is almost twice that of the state median, and the unemployment rate is only 4.1%. Still, because of their proximity to D.C., drivers in Fairfax will pay much more than they might in a well-to-do town in another part of the state.

Another D.C. suburb, Alexandria has average insurance rates and increases very close to those in Falls Church and Fairfax. Before a ticket, its residents will pay a slightly higher $954.65 for insurance, but their average increase—at $70.42—is a bit lower. After three years, a driver with a single speeding ticket will cost Alexandria drivers $211.26 more in extra insurance costs.

Though a bit less wealthy, on average, than Fairfax, Alexandria still has a lower rate of poverty than the state in general. This also tends to correlate with a lower level of uninsured drivers. While neighboring Maryland and D.C. average around 15% of motorists without insurance, Virginia’s rate is only 11%. Despite some positive indicators, Alexandria drivers still deal with D.C. traffic—and, to some extent, crime. The city’s rates of crimes, like motor vehicle theft, are much higher than in some nearby suburbs, though it is also a larger community.

A small community in south central Virginia, Martinsville residents pay the ninth highest insurance increases after a speeding ticket. However, because their average rate before a ticket is a relatively low $899.17, this leaves them with a manageable $969.58 rate, even after a violation. Still, they’ll pay a similar increase to D.C. suburbs over three years: $211.23.

Martinsville has a much lower population density than many of the other communities in the top 10—at 1,261.5 people per square mile—and its residents aren’t subject to the traffic delays that plague larger cities. But Martinsville does have a level of poverty similar to some of the other top 10 cities, and only 17.9% of its residents have a bachelor’s degree or higher—a little over half the level of the state in general. A community’s average level of education can also have an effect on insurance rates.

Located in eastern Virginia, Chesapeake is tied with Martinsville and rounds out the top 10. On average, Chesapeake residents pay $902.99 per year for car insurance, but after receiving a speeding ticket, their insurance premiums will increase by $70.41 per year. Over the three-year spread, Chesapeake drivers will pay an extra $211.23 for car insurance.

To determine the average insurance premium increases, we retrieved quotes for eight different driver profiles in Virginia: 27-year-old single men and women and 40-year-old married men and women, each driving Toyota Camrys and Ford Escapes. For each driver profile, we chose each city’s three cheapest car insurance quotes to mimic consumer behavior and to determine our overall average. We only surveyed cities that had populations greater than 20,000 residents. All demographic data comes from the United States Census. All employment data comes from the Bureau of Labor Statistics. Congestion data comes from the Texas Transportation Institute. We calculated the total cost of a 15-mile-per-hour speeding ticket by adding the cost of a speeding ticket to three years of car insurance increases. Court processing fees will vary slightly from county to county. The estimated insurance costs are for illustrative purposes only. The actual insurance increases you face will vary depending on your insurance carrier, your location and other factors.

Image of officer ticketing a driver via Shutterstock.